The client was a retired marine contractor, a hunter and fisherman, and wanted everything rugged and natural. His wife had more sophisticated tastes and preferred the refinement of chrome and leather Barcelona chairs which she had previously owned. The challenge was to reconcile their differences……rugged outside but refined in form….natural inside but refined in finish and detail.

The plan is essentially a great room with varying ceiling heights defining each function. The Living Room and the Kitchen were in the main high gabled ceiling space with the Dining area under a lower flat ceiling. A Billiard Room was two steps down, defined by a lower flat ceiling, and separated by a bar which accommodated bar stools on the lower side for the men and chairs on the higher side for the women. The Master Bedroom was located behind the coral stone fireplace mass and had its own fireplace which was expressed by the “rabbit ears” shape of the chimney. Two Guest Bedrooms were on the second floor. The water side opens entirely to outdoor living spaces, including a swimming pool and major dock space for several fishing boats. 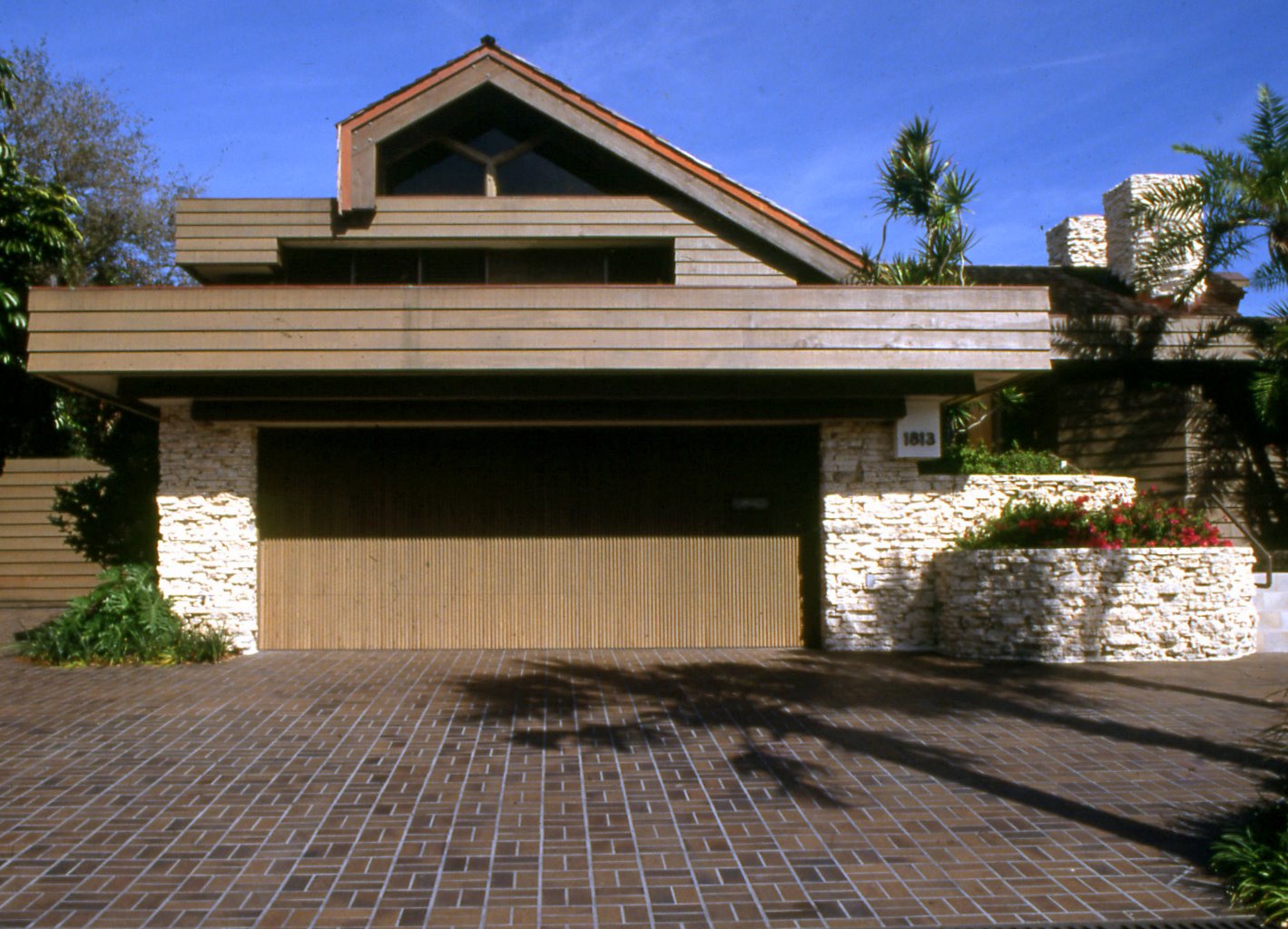 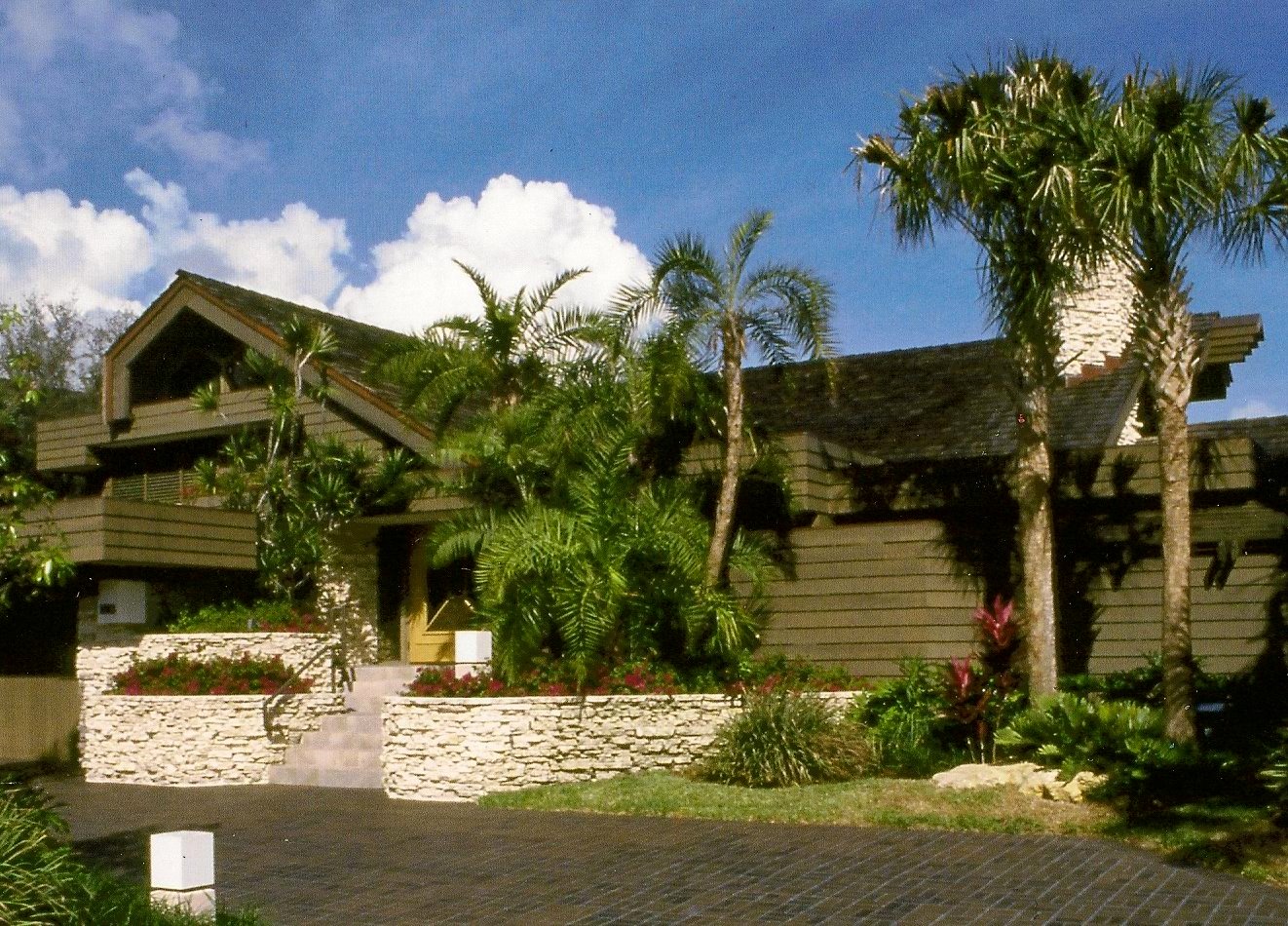 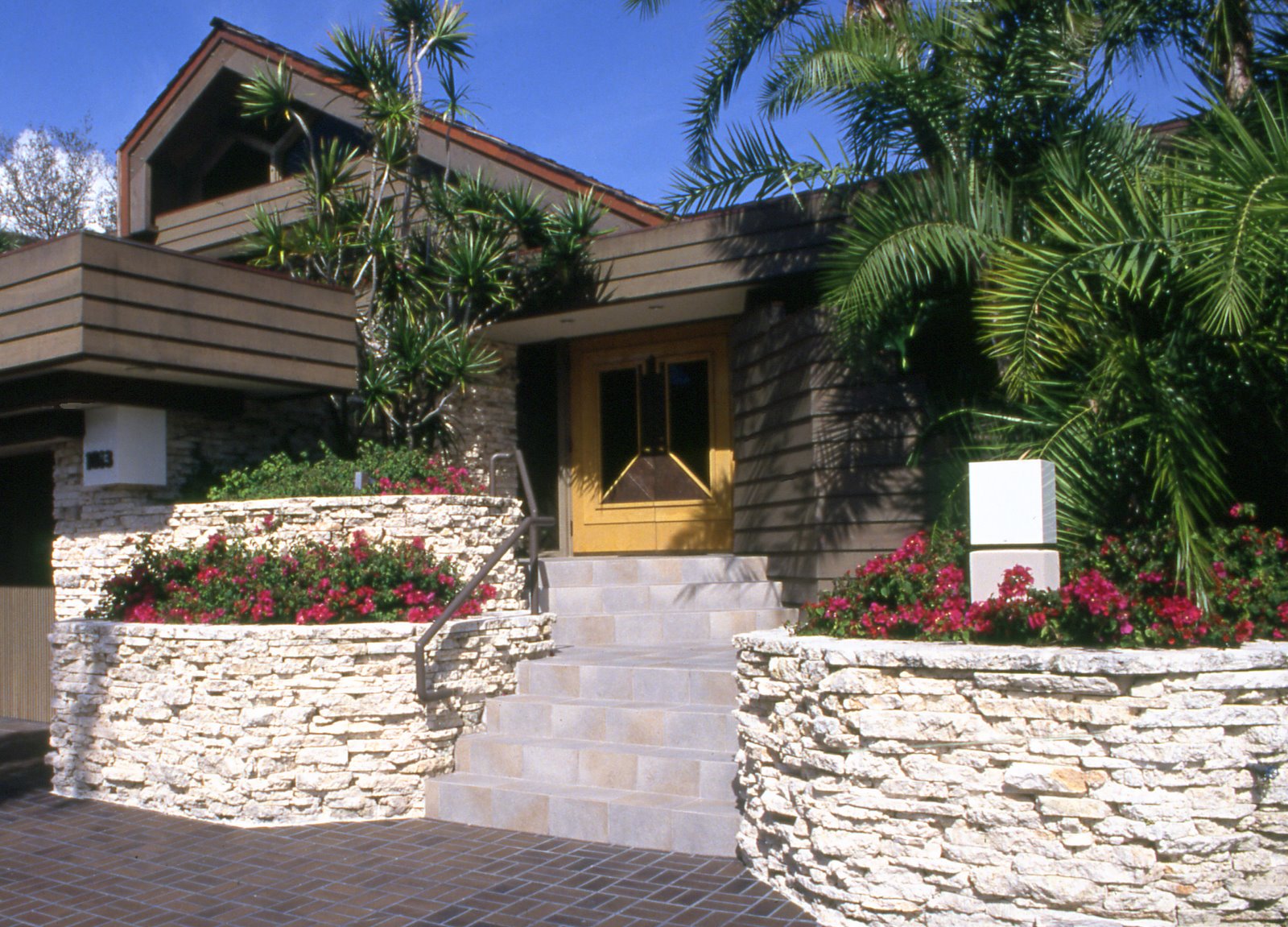 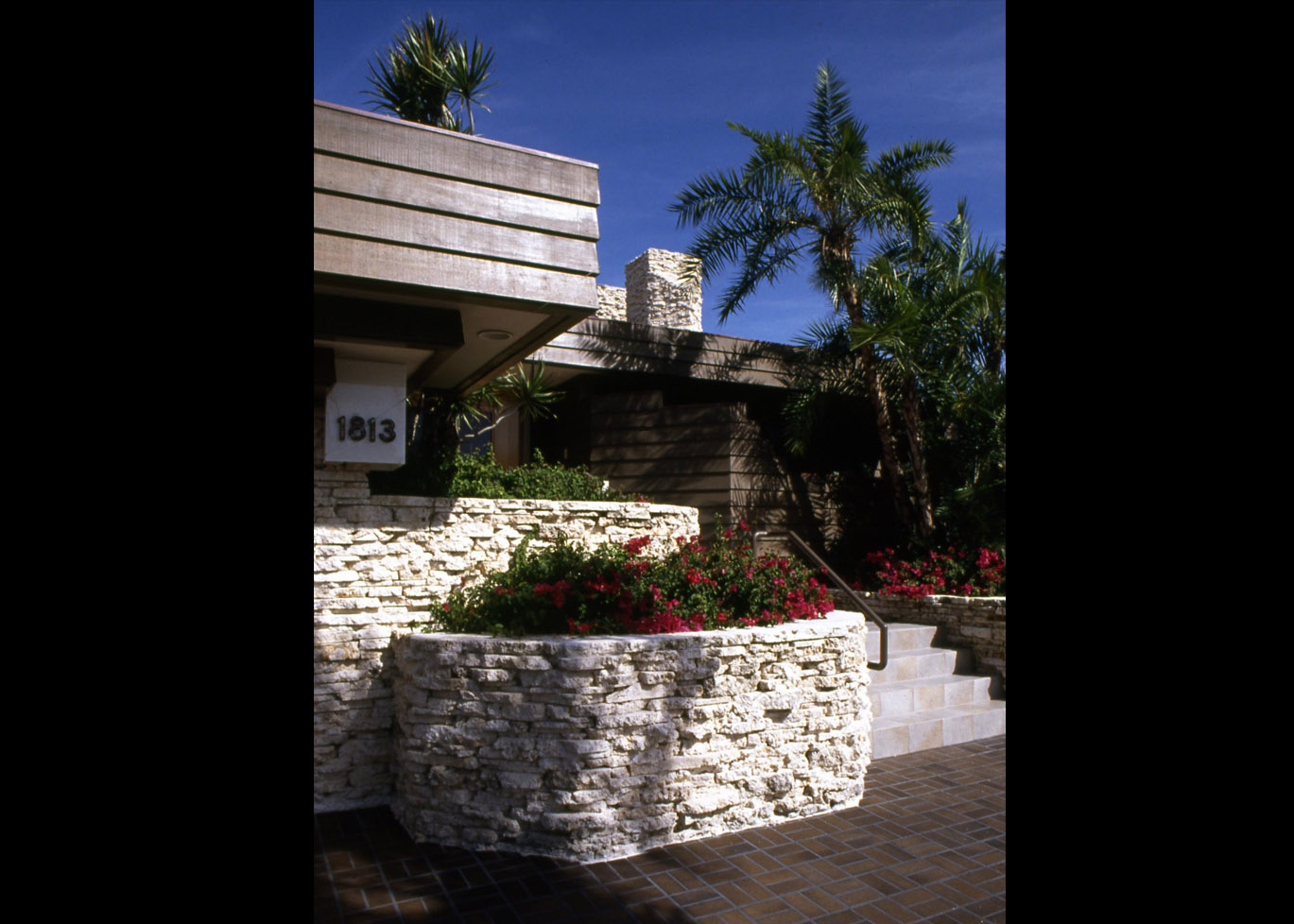 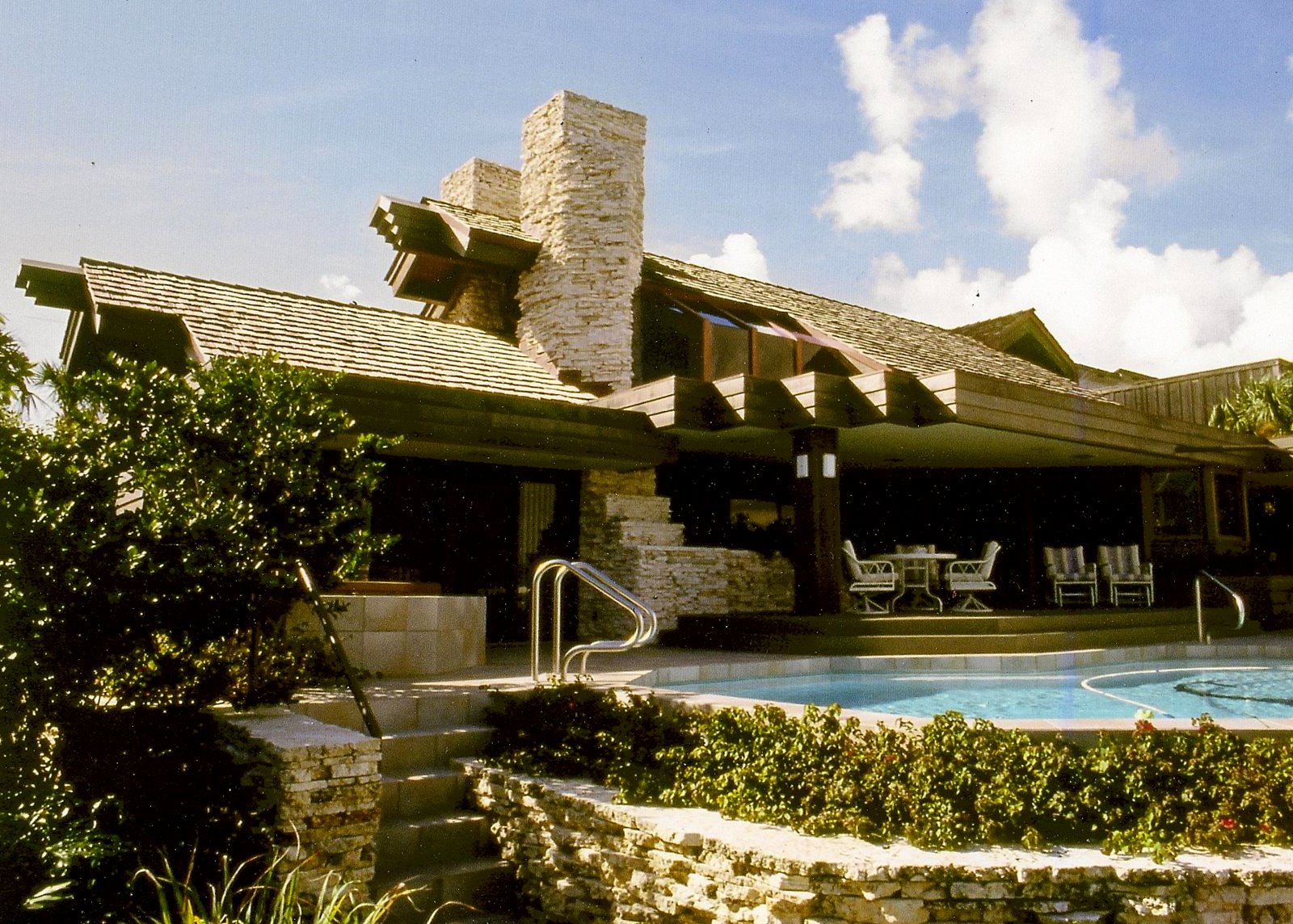 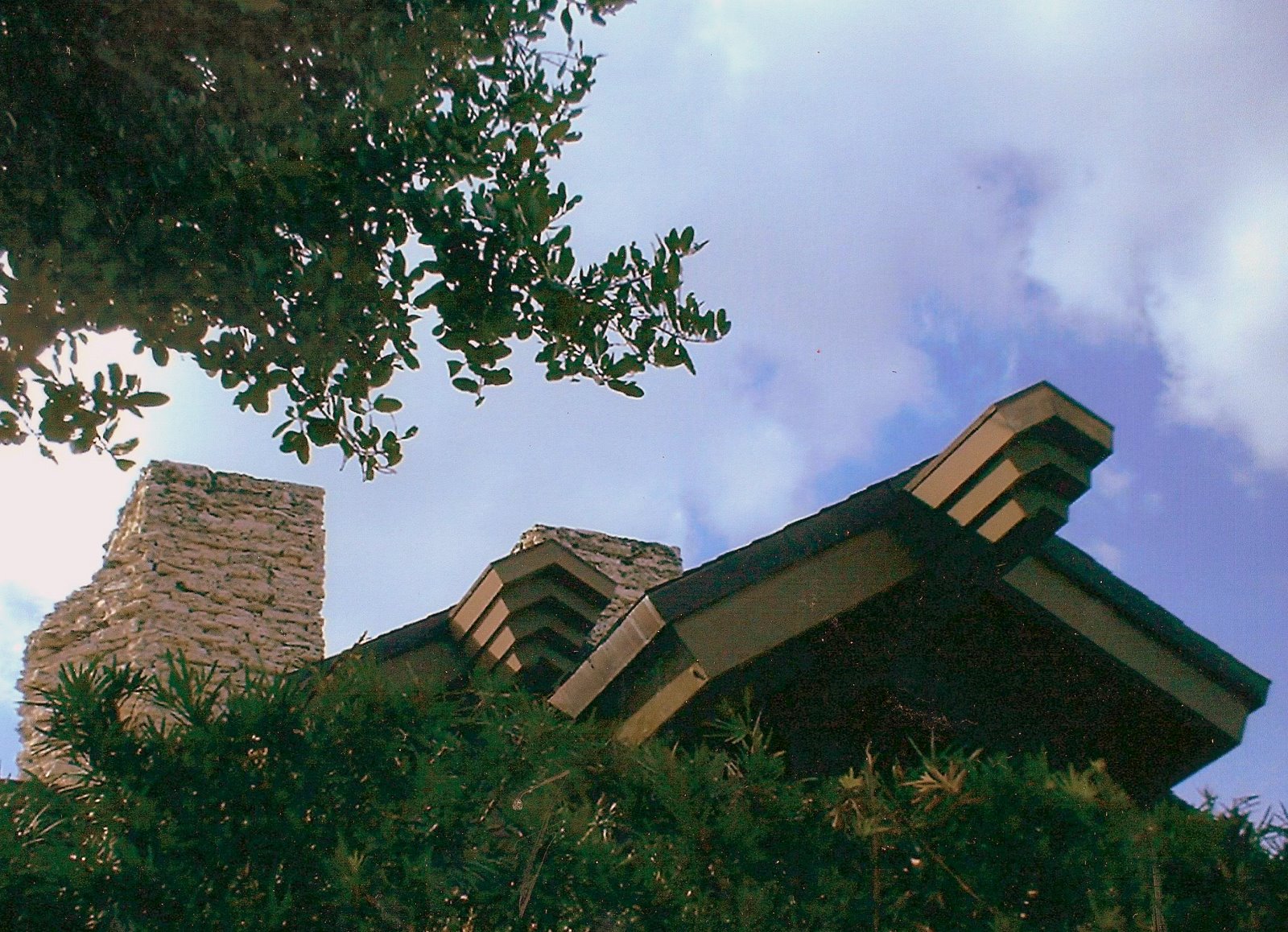 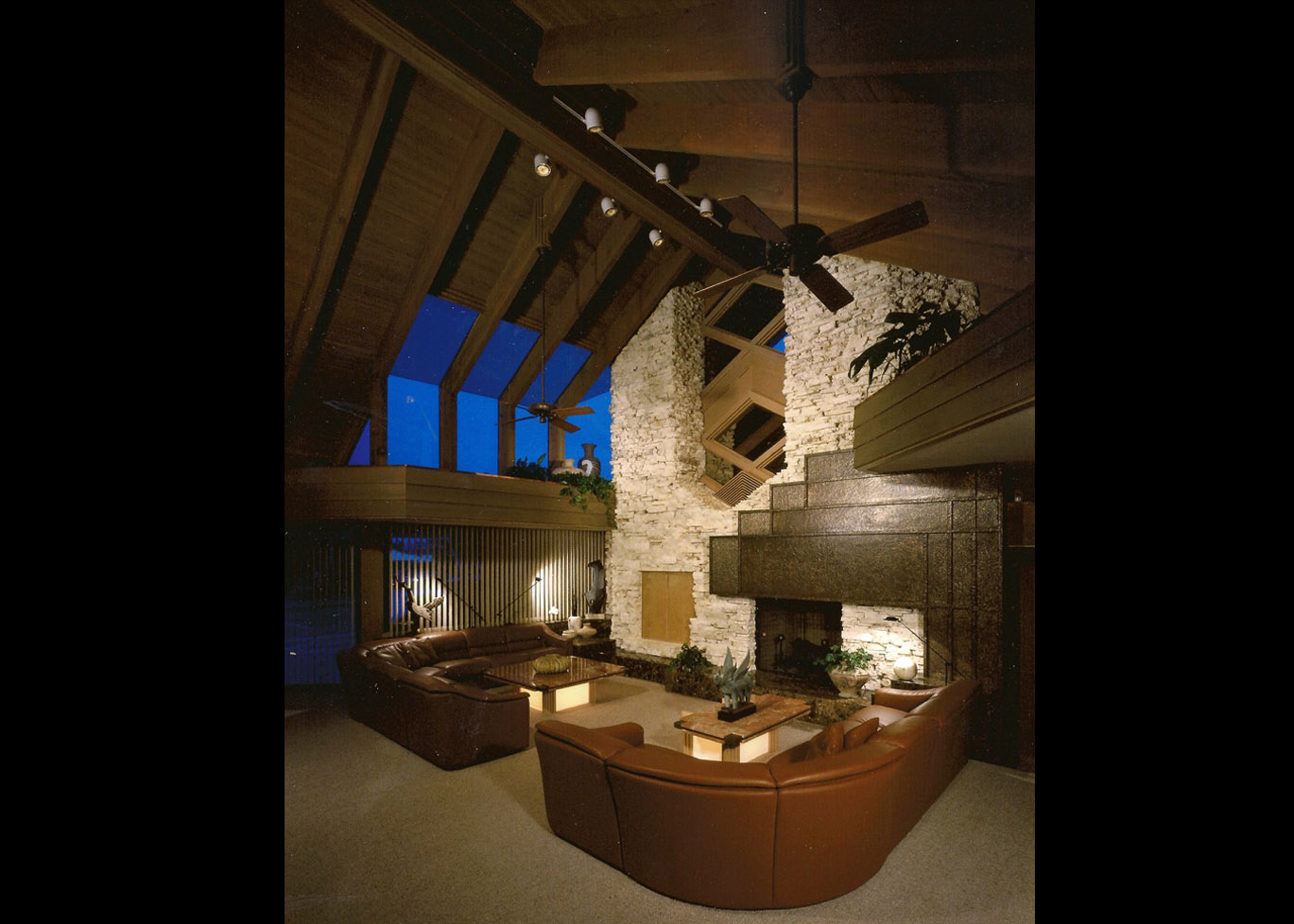 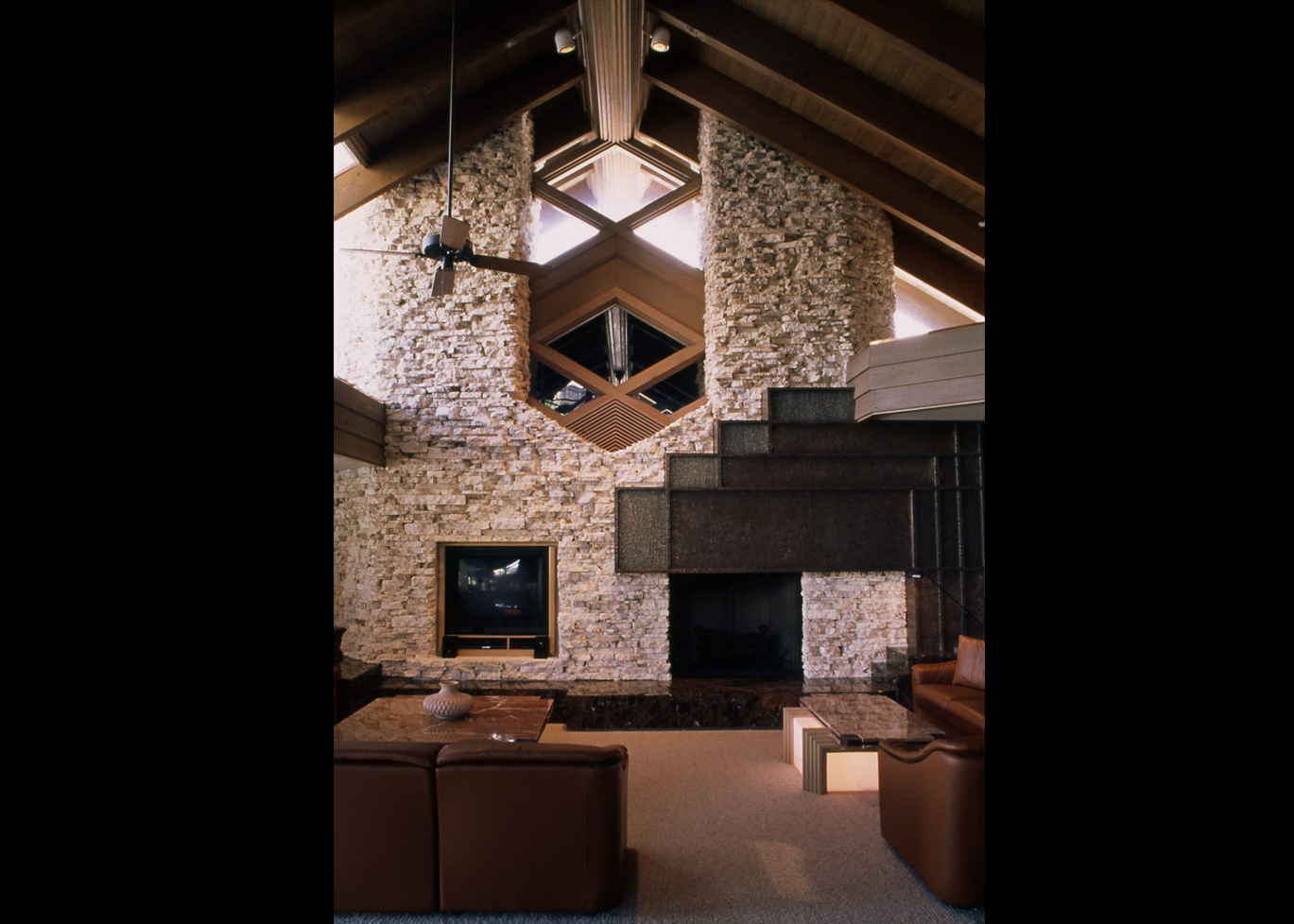 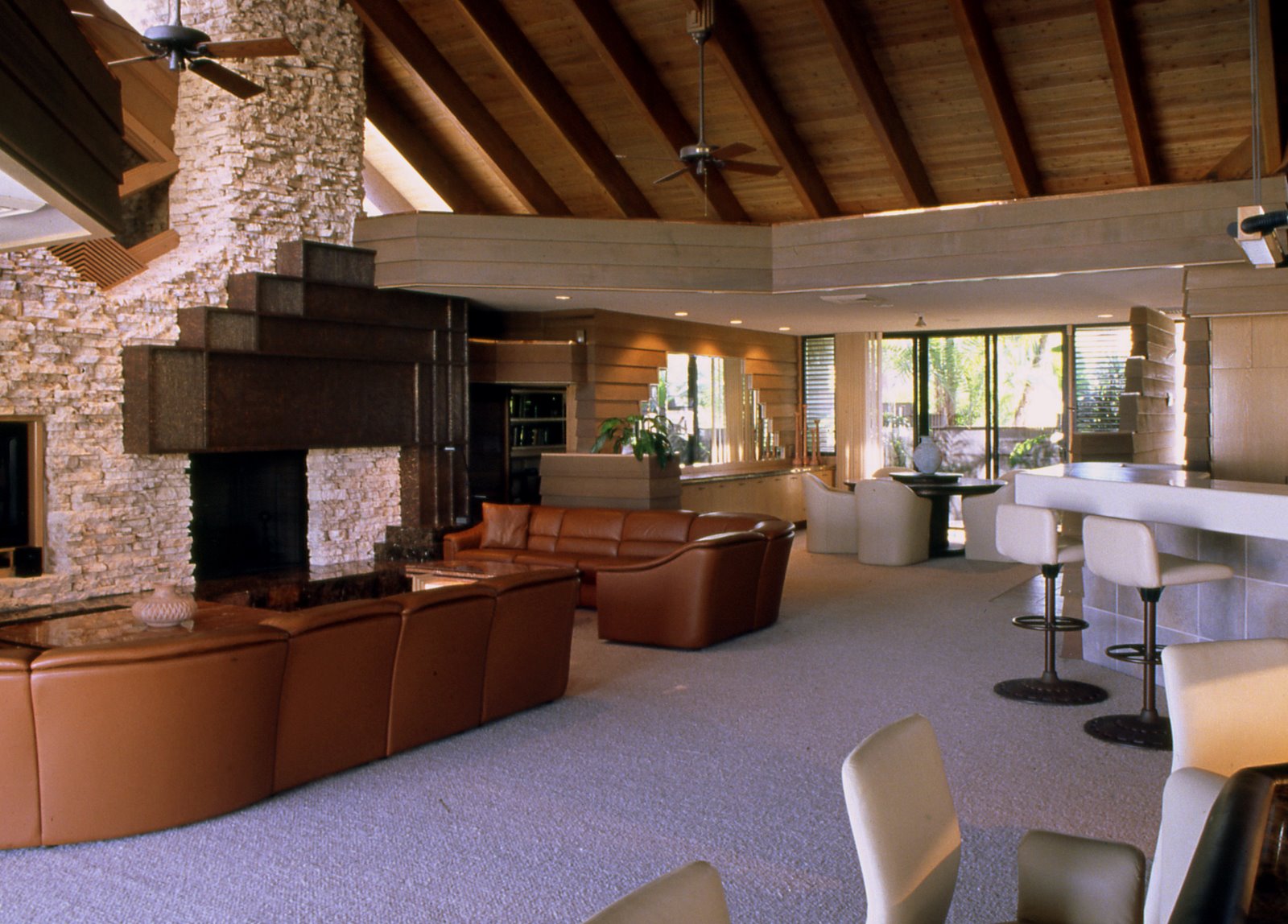 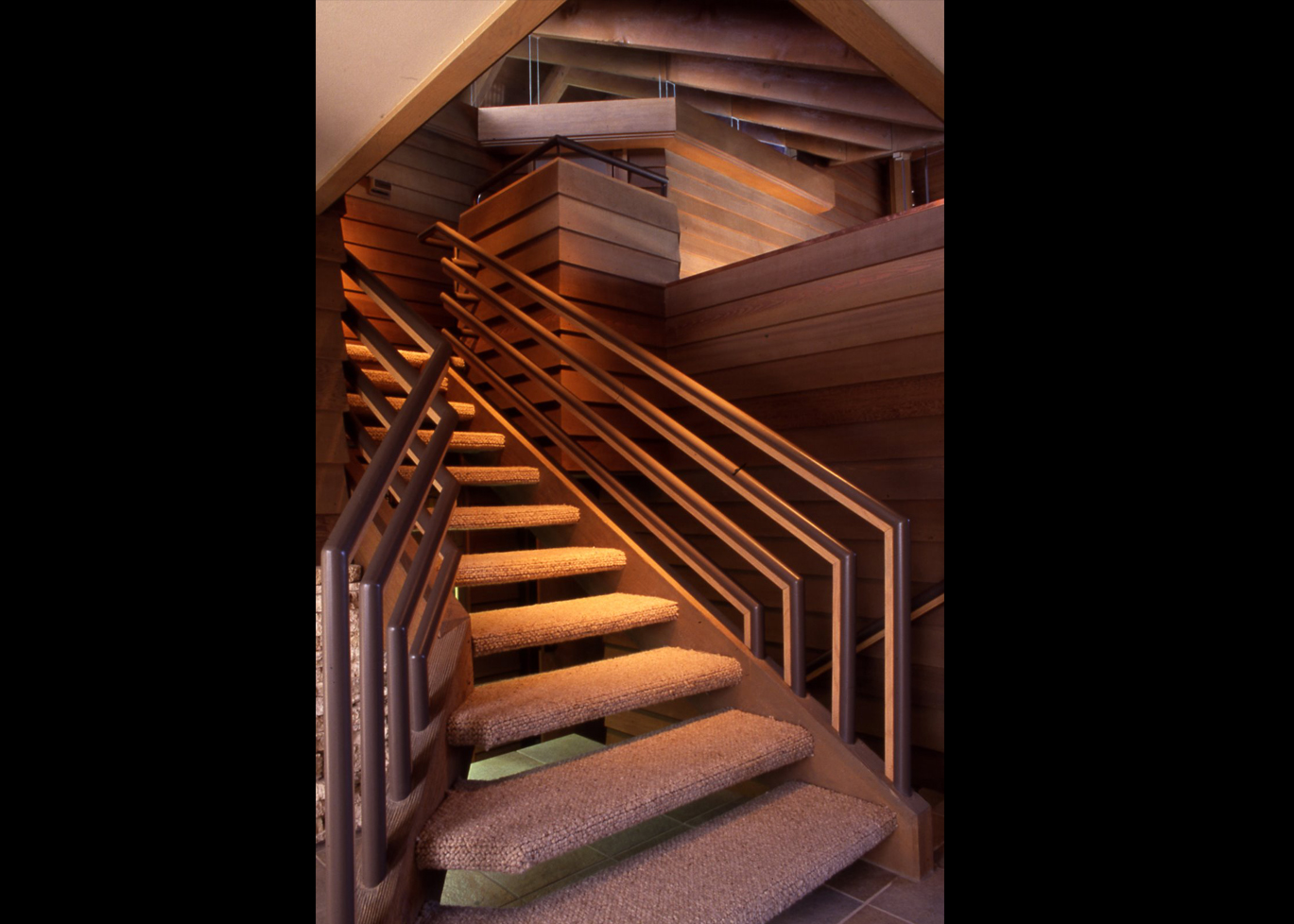 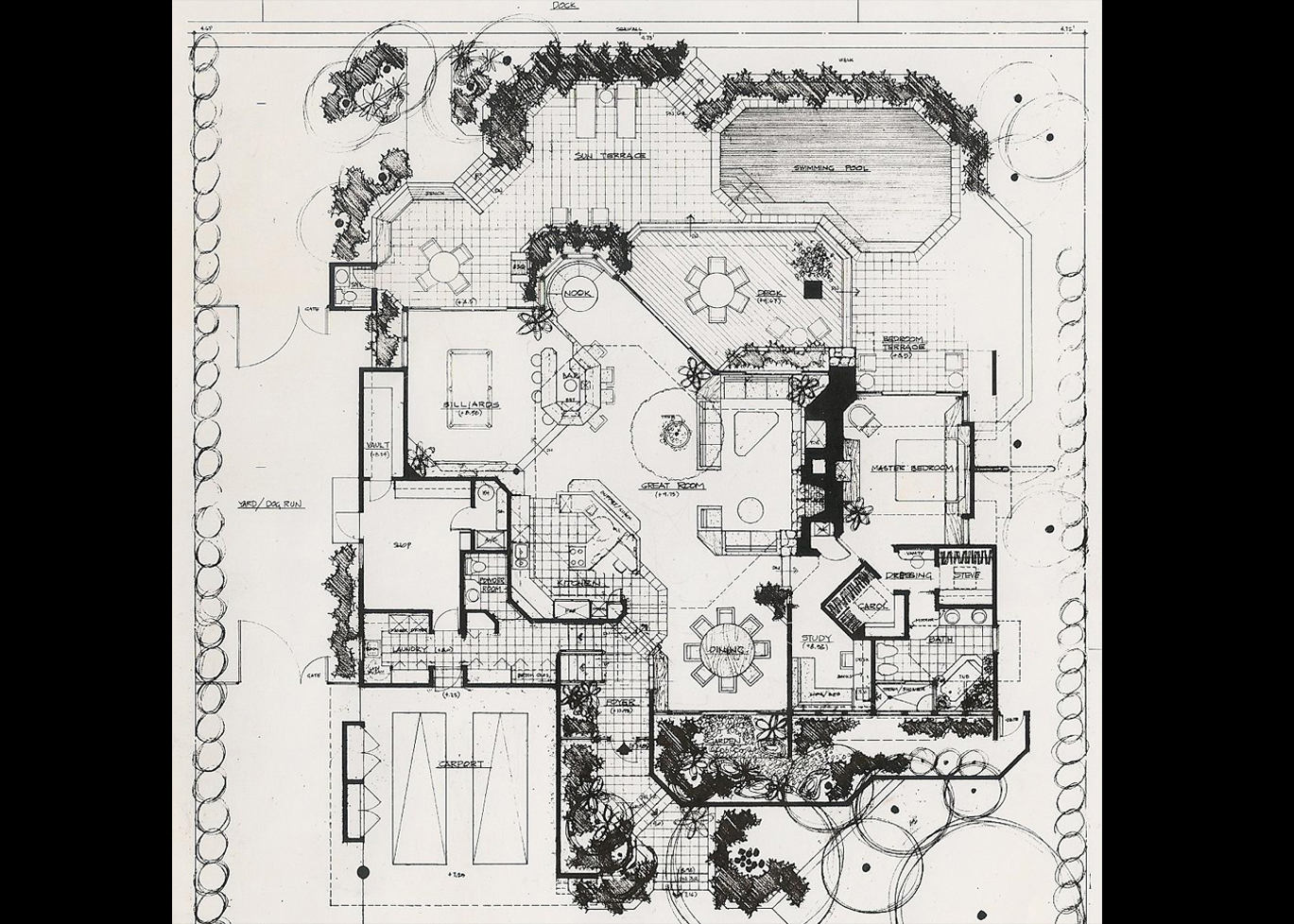