The site was 10 acres bordering a 15 acre lake. The clients were convinced by a business partner to move 10 miles west of town and share the lake he was excavating. They quickly became very excited about the emerging design, preliminary drawings were never finished, working drawings were brief and details were sketchy. Fortunately a favorite contractor with a gifted crew was available and all were OK with working it out as we went along. Several more rooms and outbuildings were added during construction. After the excitement of building and furnishing was over they found themselves unhappy with the isolation and by 1975 had sold the house to Malnik.

In 1979 we began renovations and additions to the buildings and site that continued non-stop for 7 years. Again I had the luxury of the same building team, plus a very creative new client who never ran out of ideas for things to do. First stables for 20 horses and a recreation building which included 2 bowling alleys, squash court, weight gym, game room and a boat house. Then a 90′ square & 30′ high screened space frame that enclosed a swimming pool with 3 guest houses and a free form “cave” structure arranged around the four sides. Next a riding ring and viewing pavilion, and when 25 more acres were acquired the lake was extended into a series of waterways and the entrance was moved to the opposite side of the property, which resulted in a long meandering entrance road passing over three bridges. A new entrance building was fitted between the space frame and the recreation building. The last project was a 3000 sq. ft. master bedroom, bath and gallery addition to the main house completed in 1992.

The entire complex was demolished in 2005 by a high end residential developer as Boca Raton had moved seriously westward. 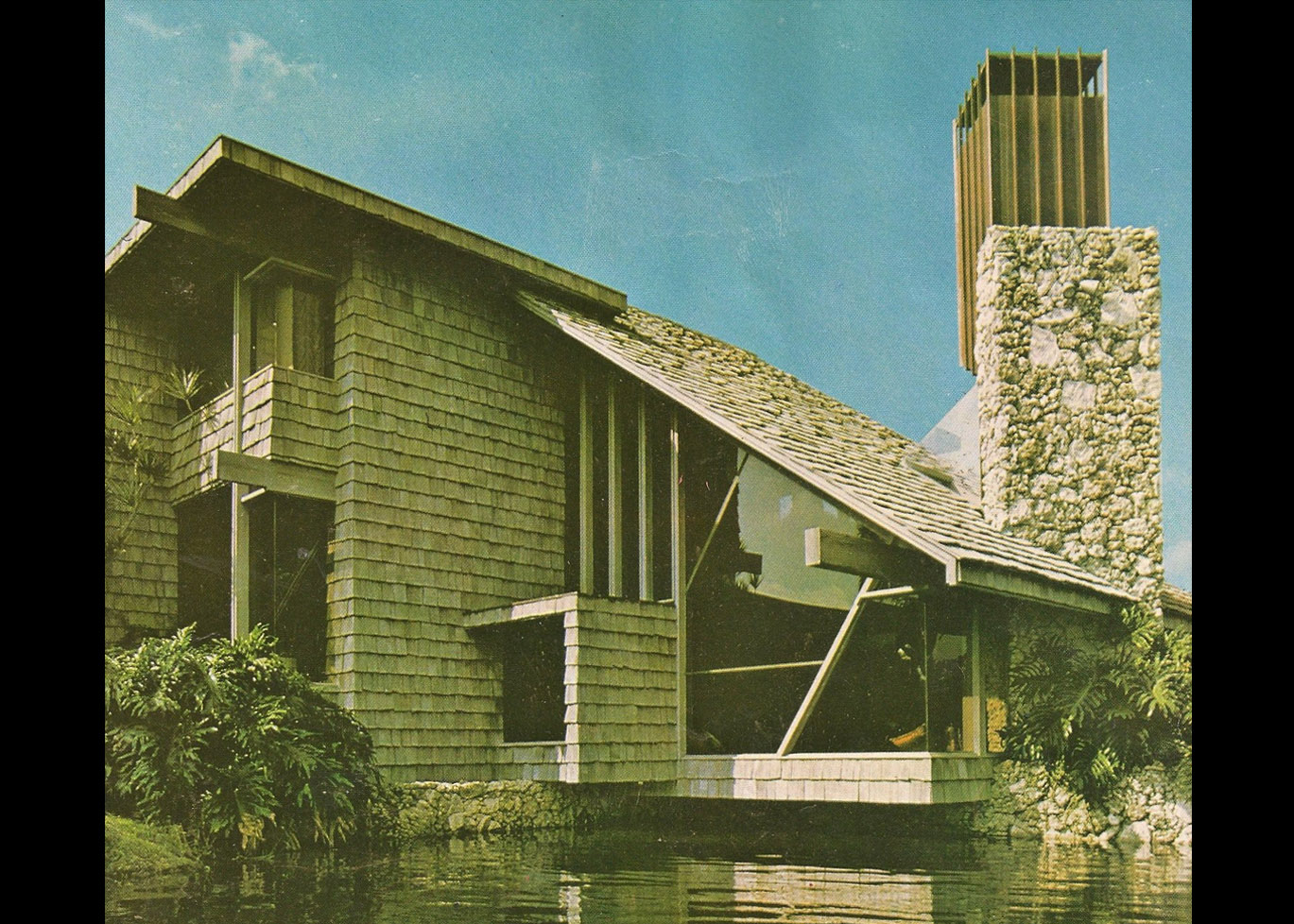 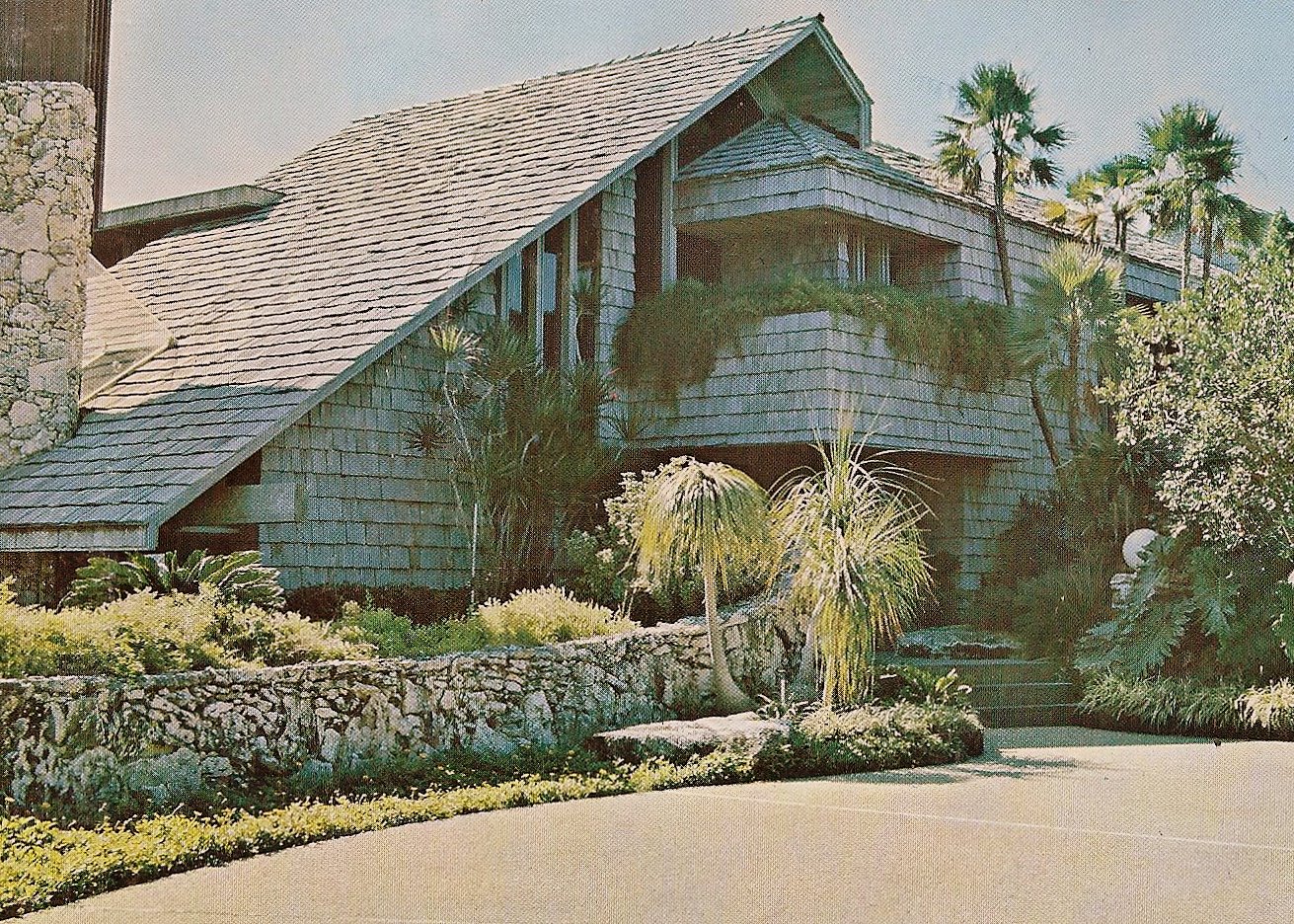 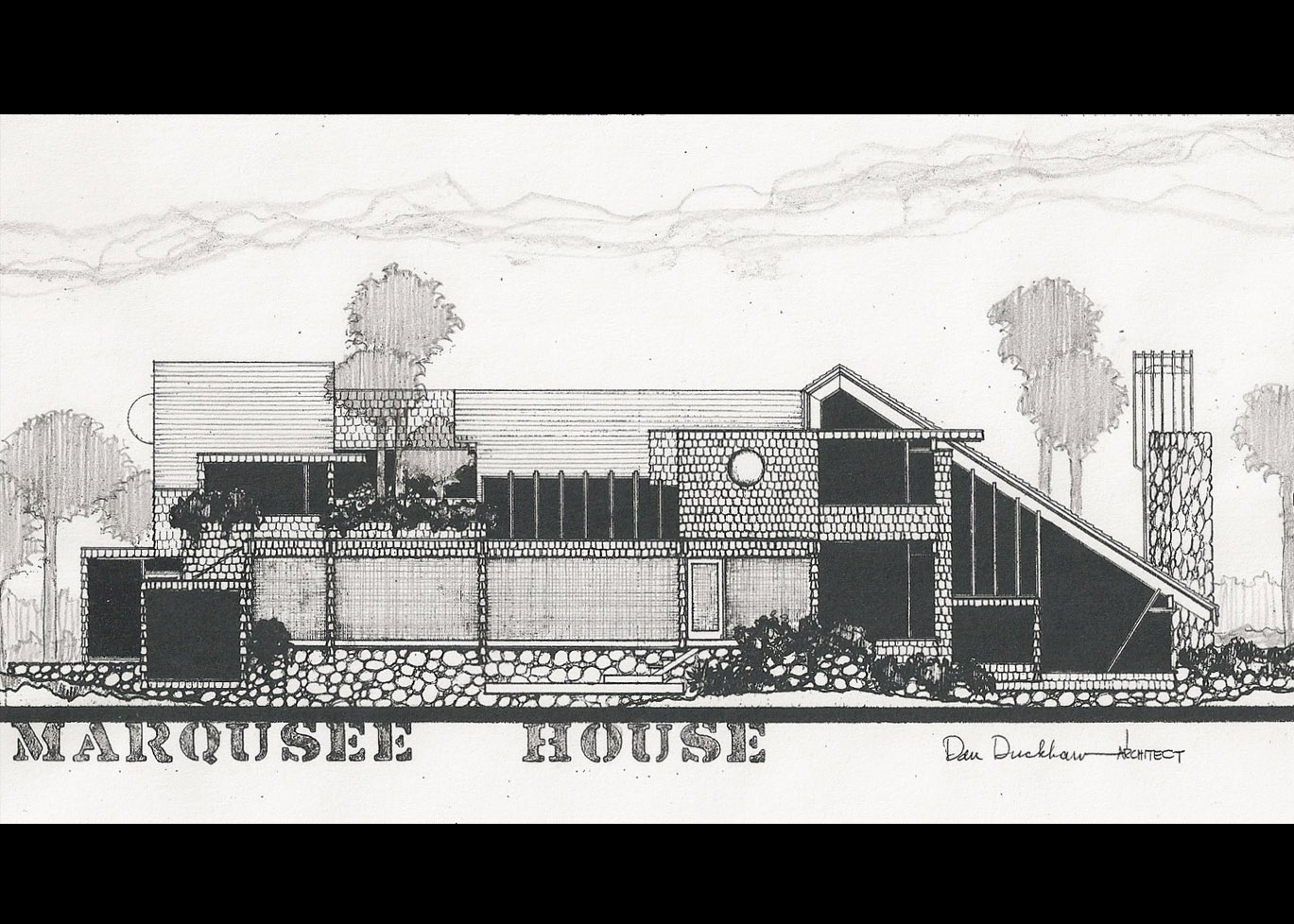 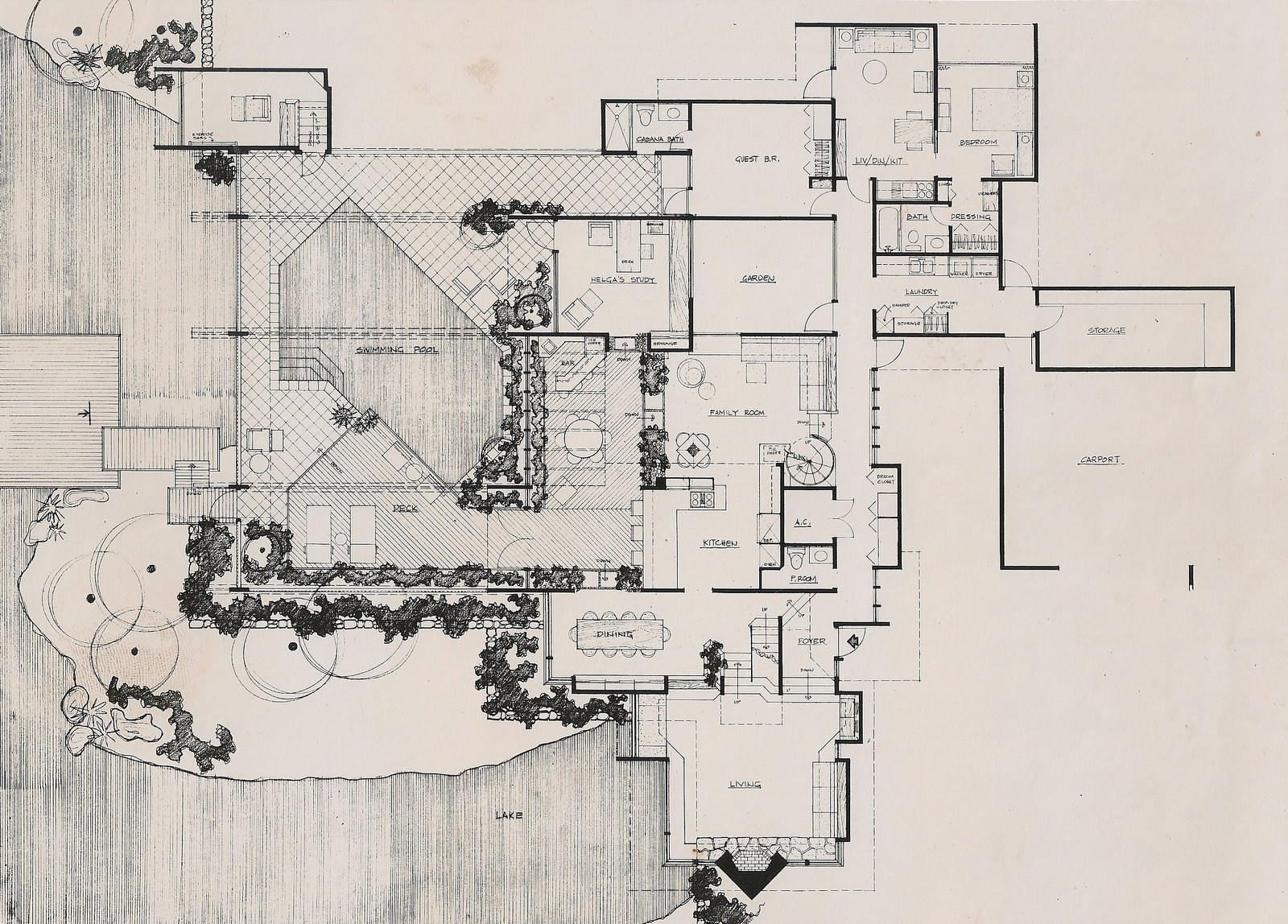 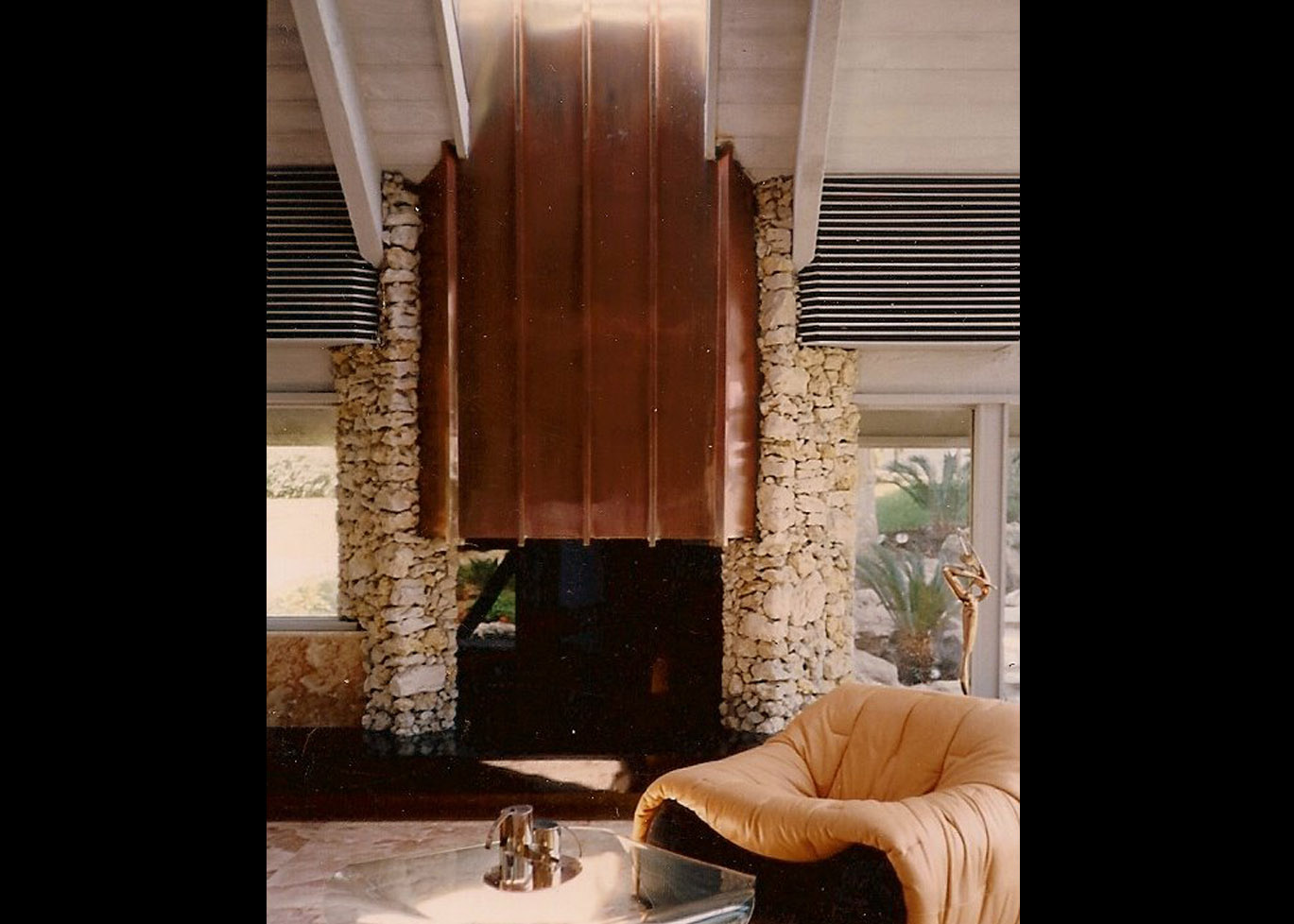 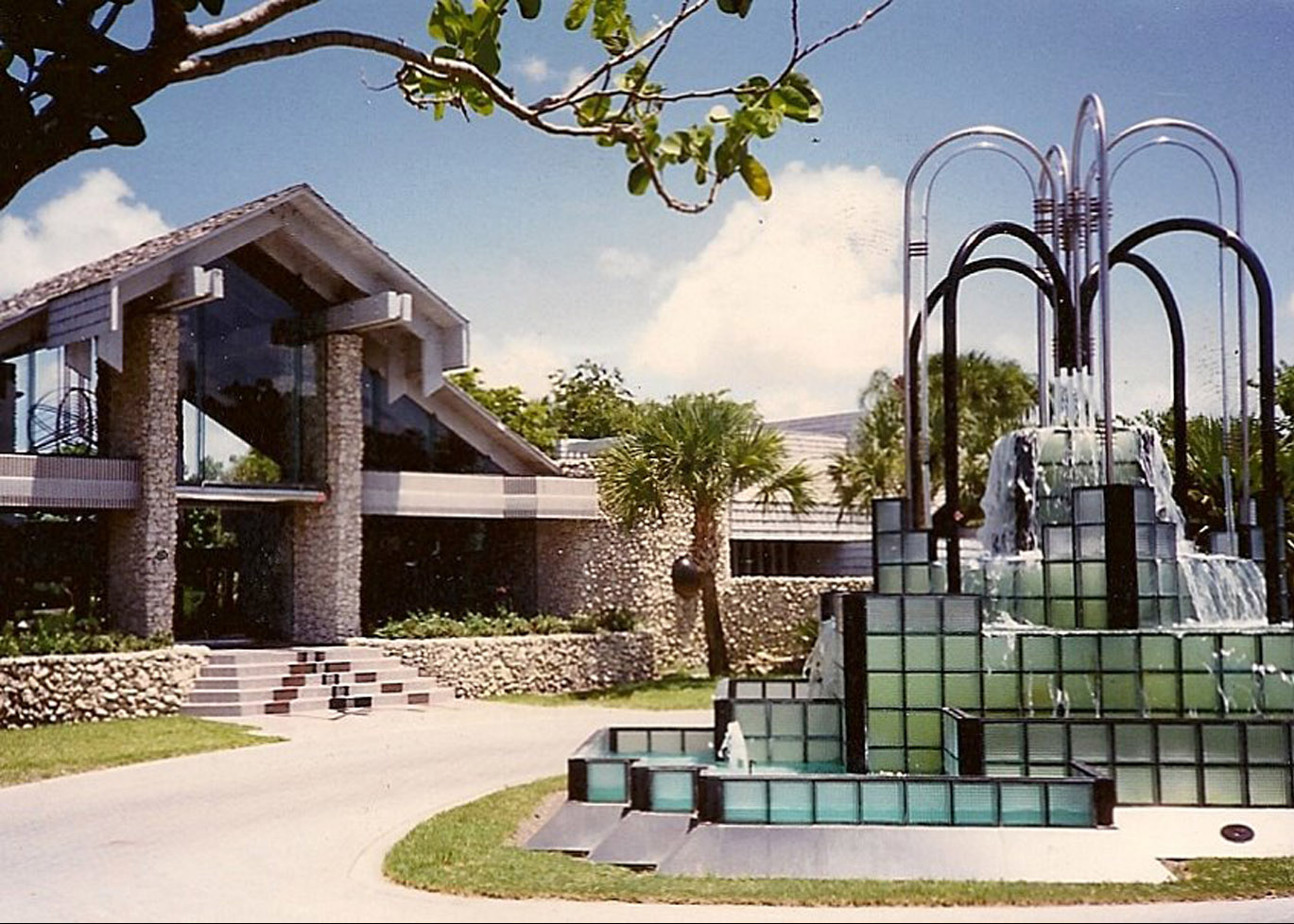 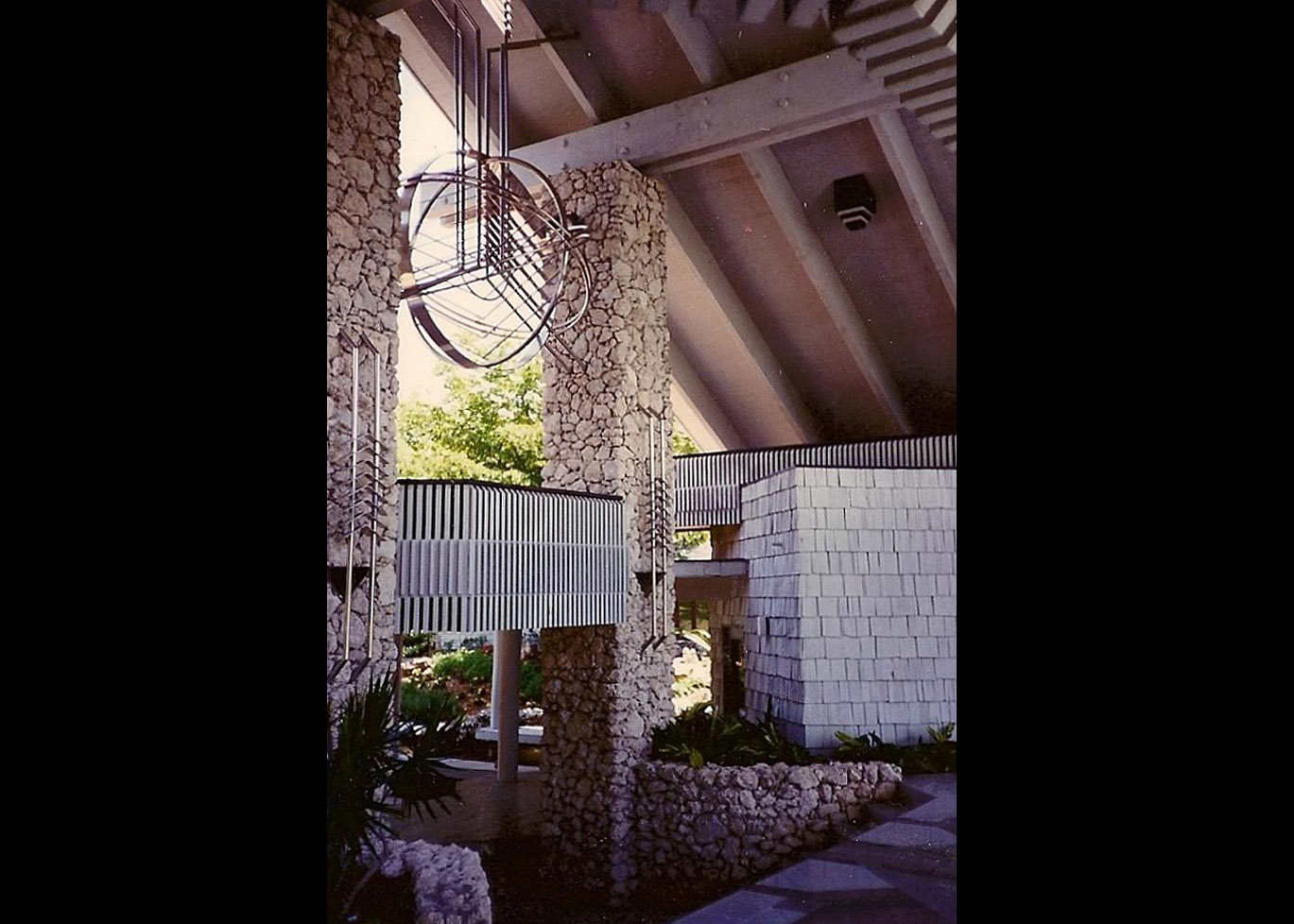 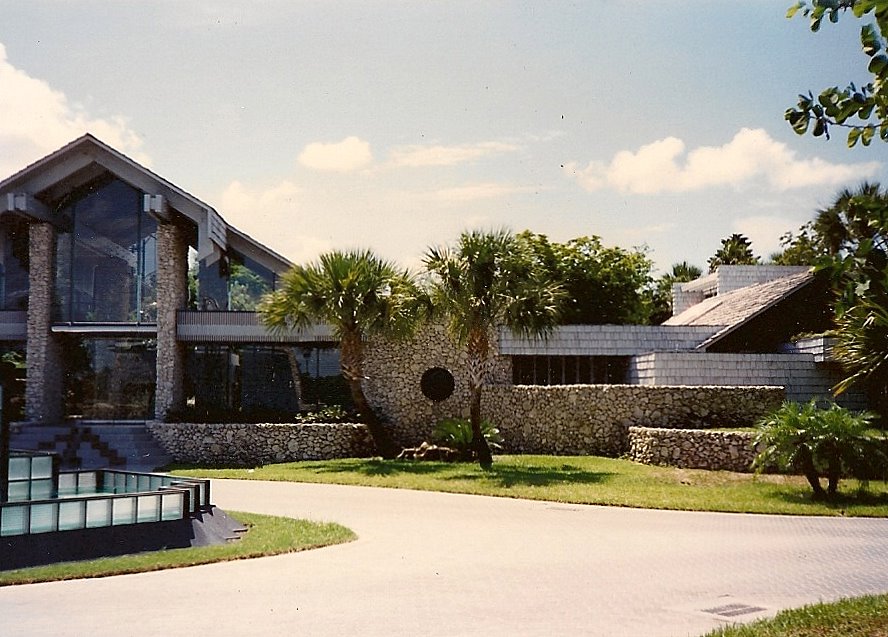 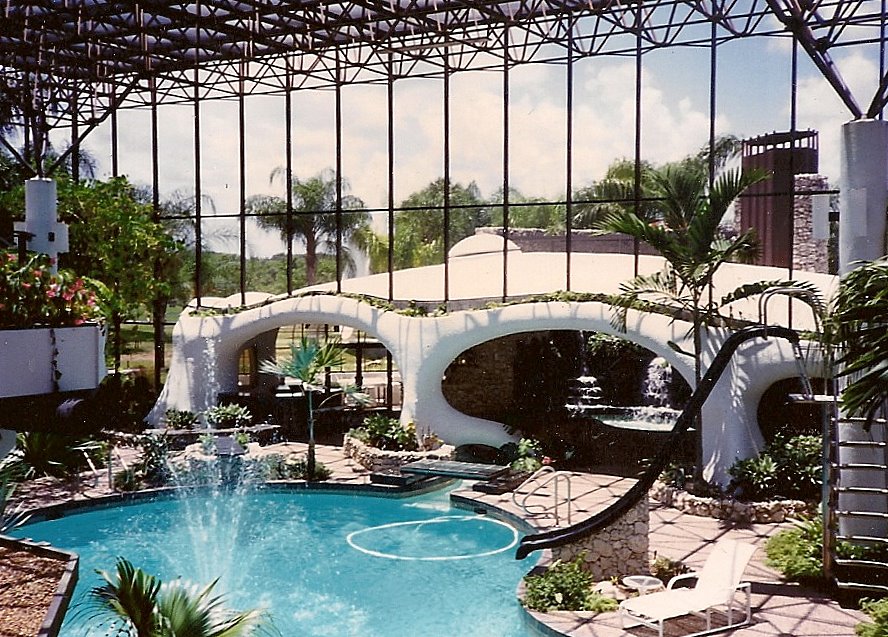 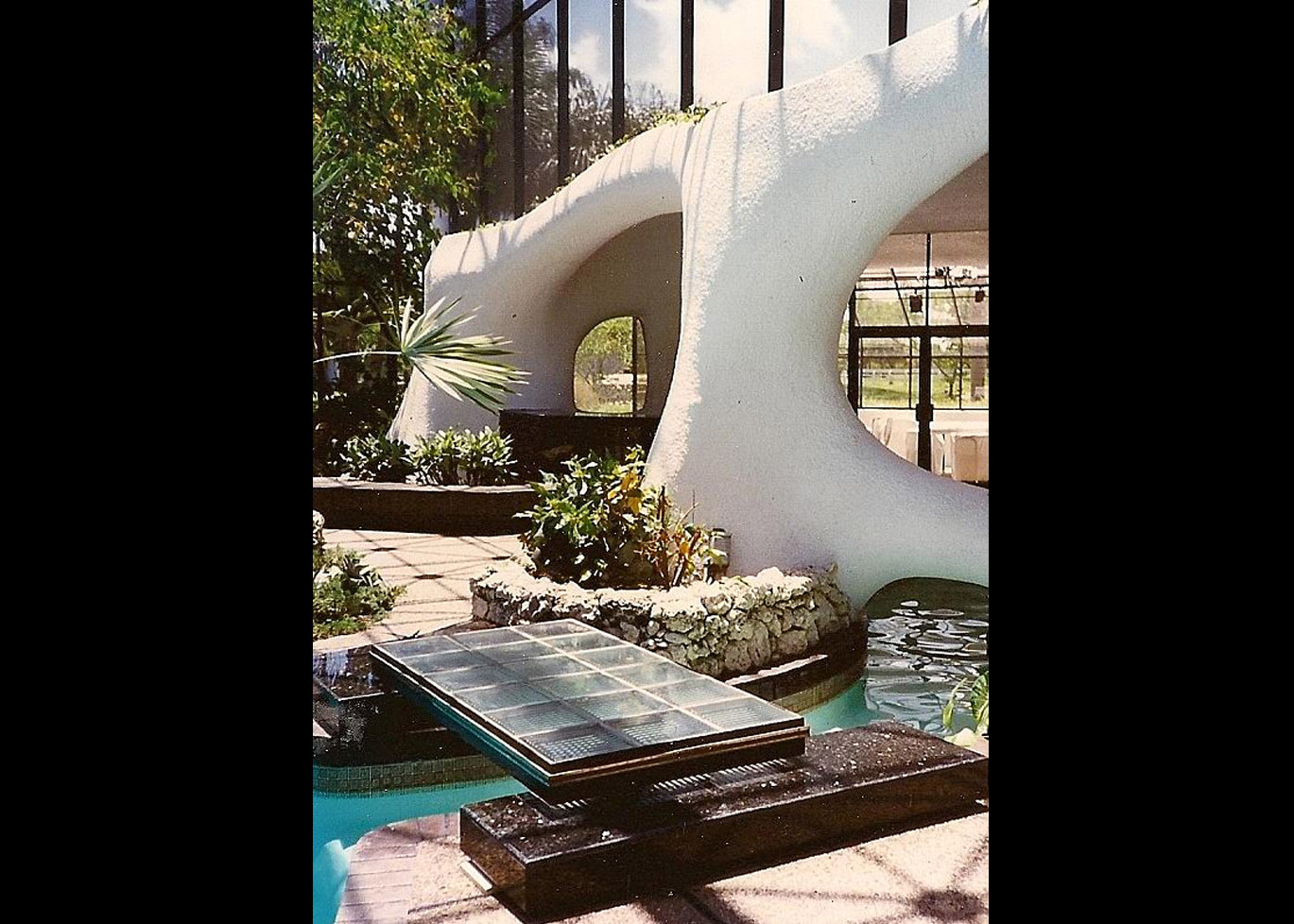 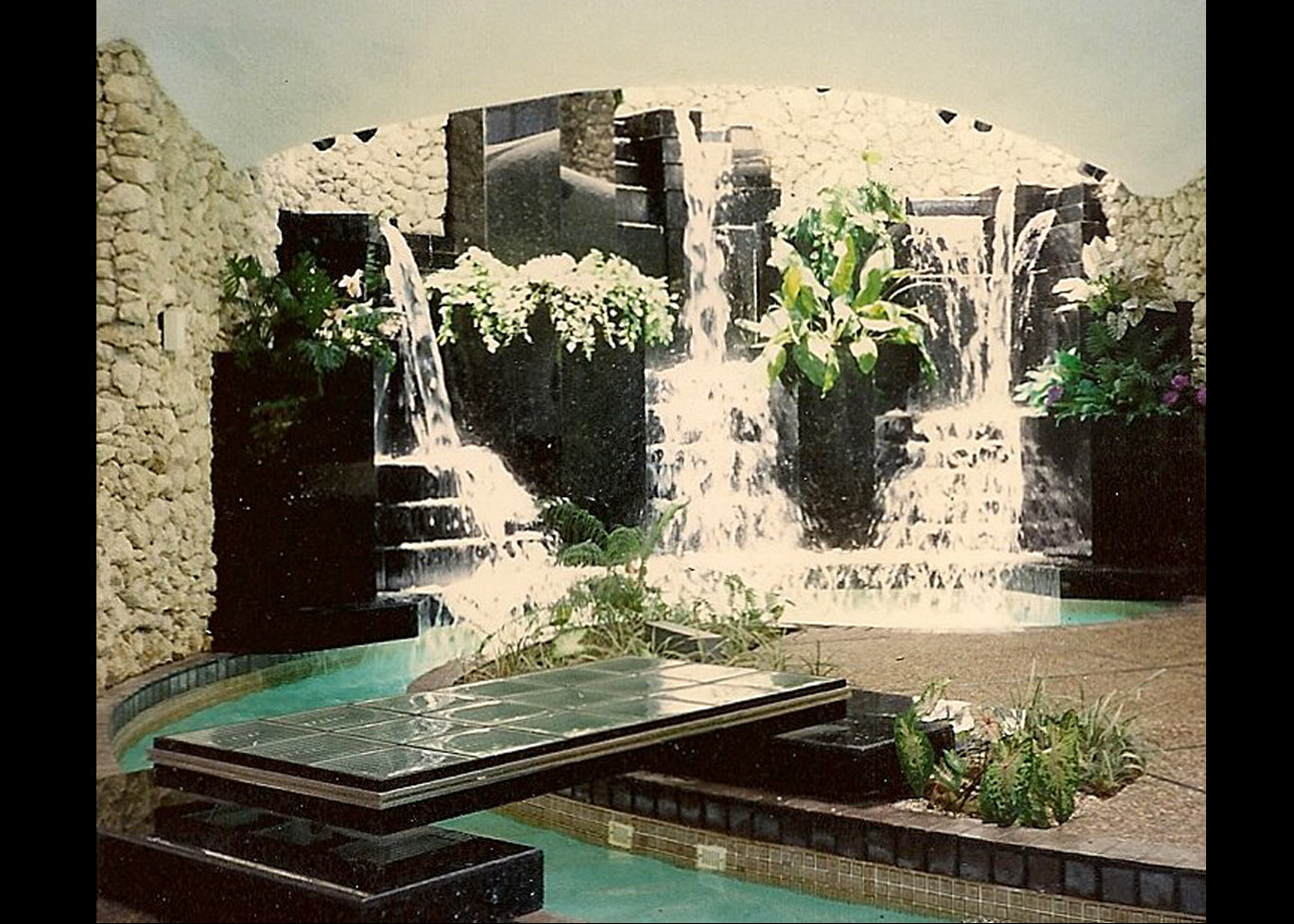 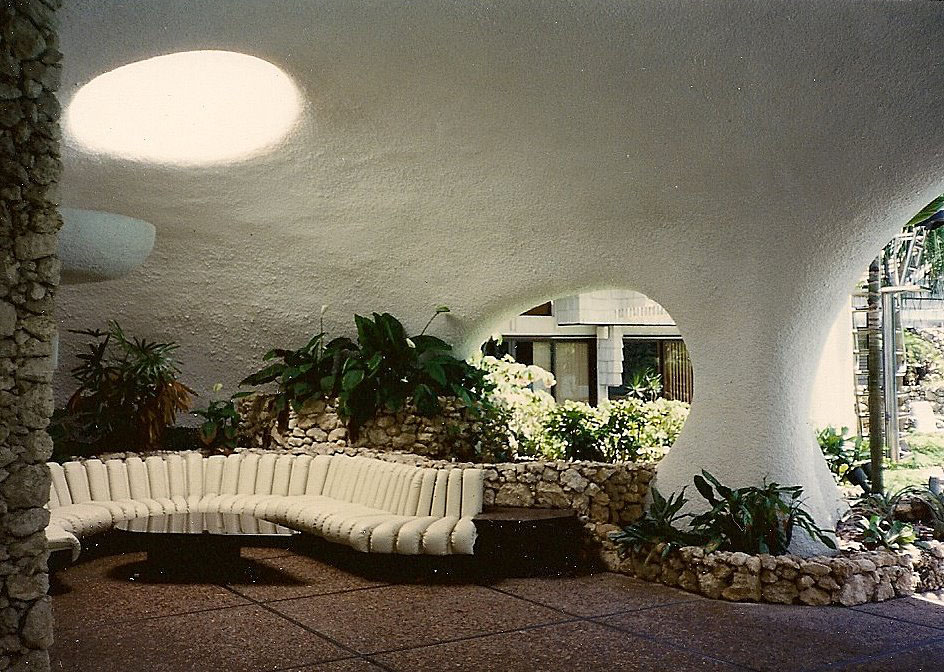 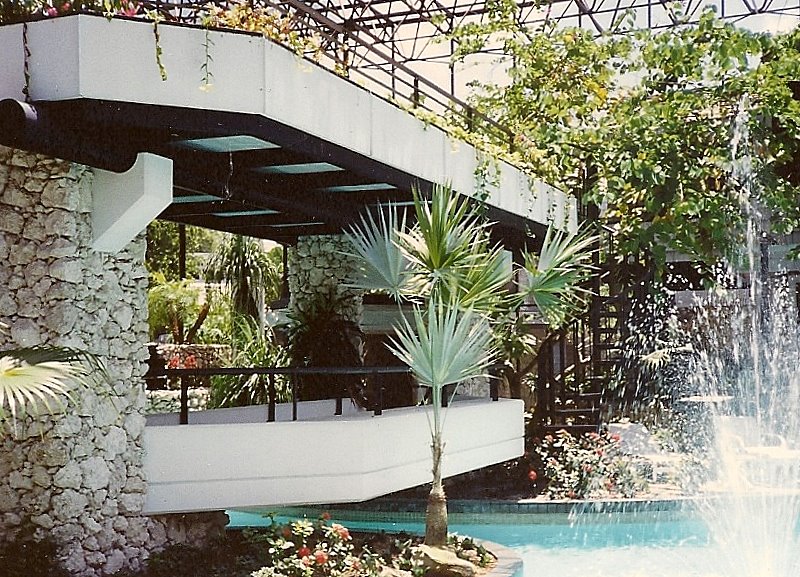 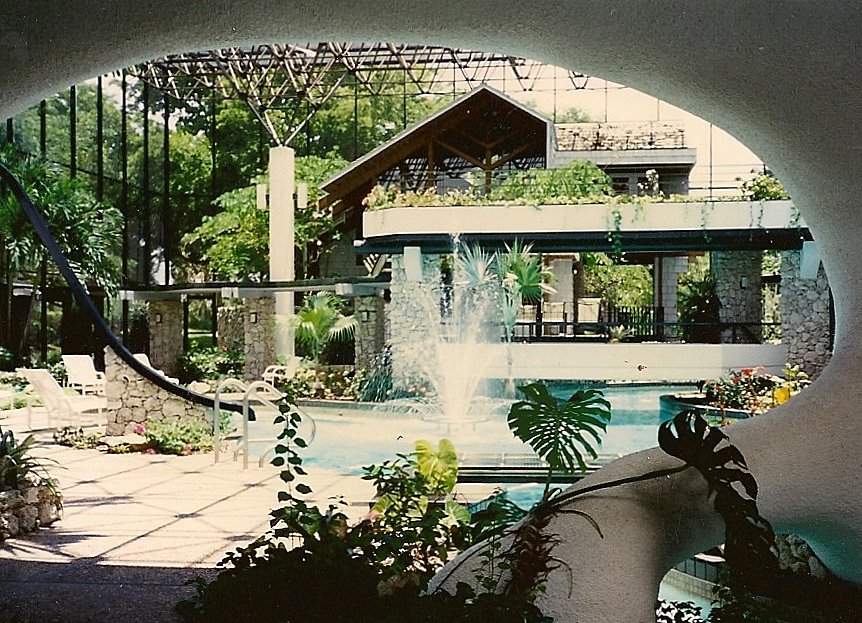 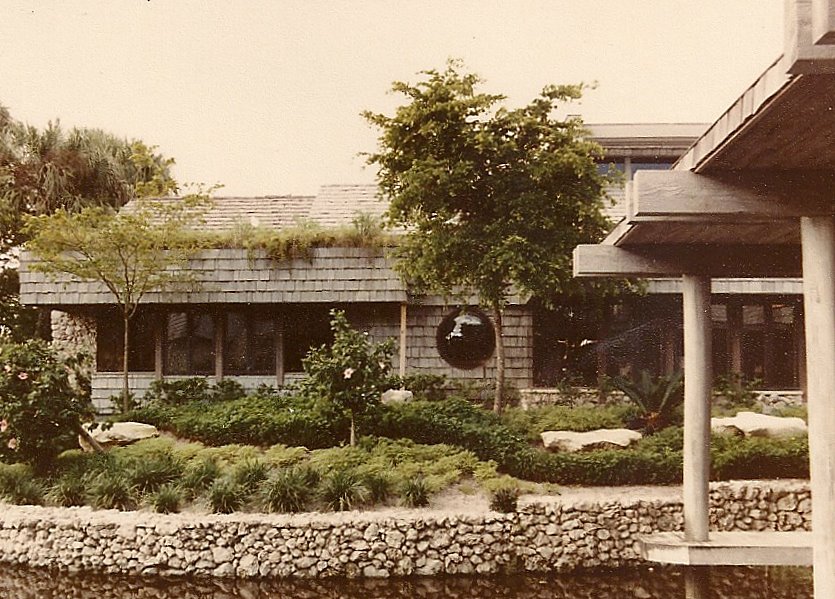 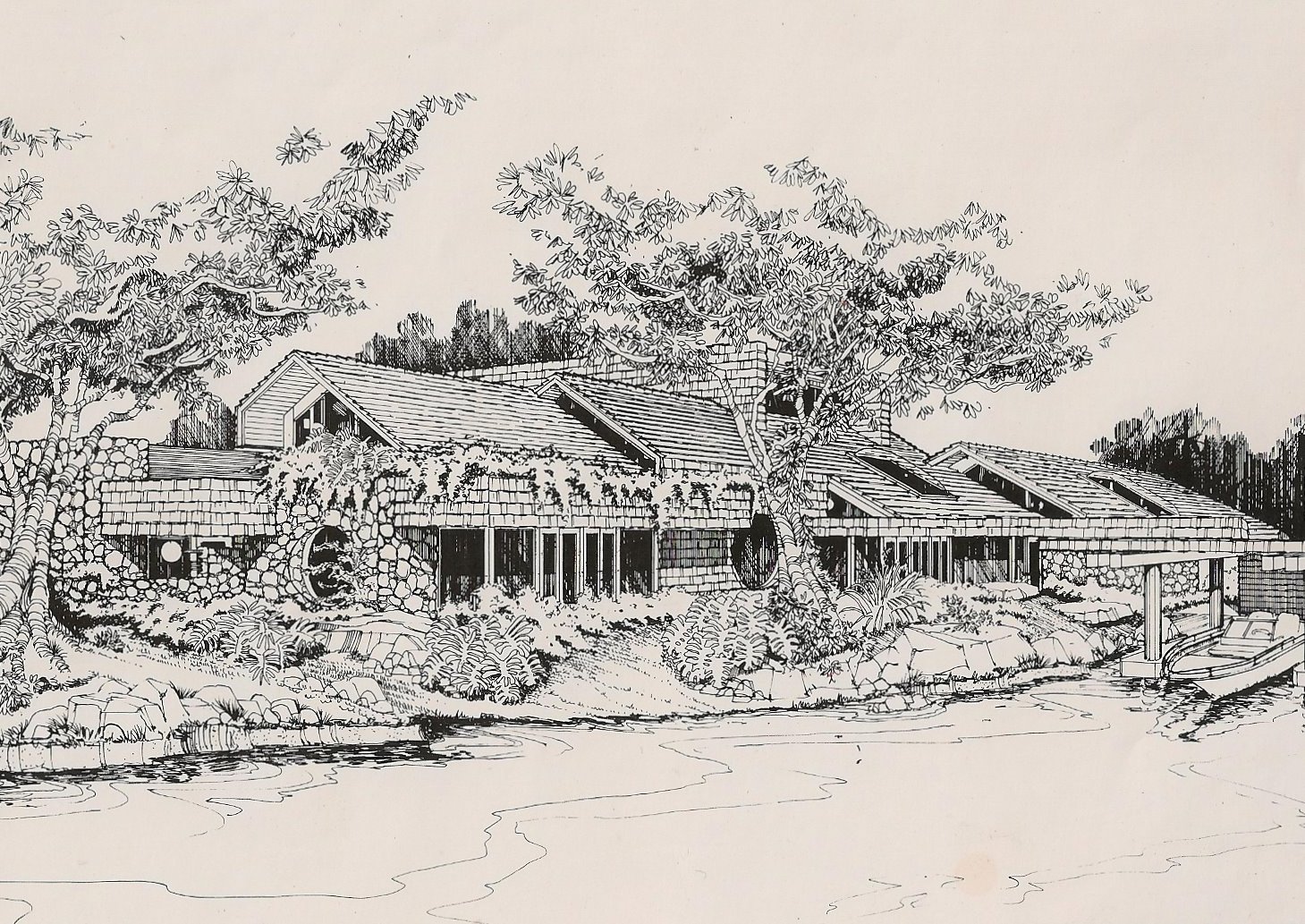 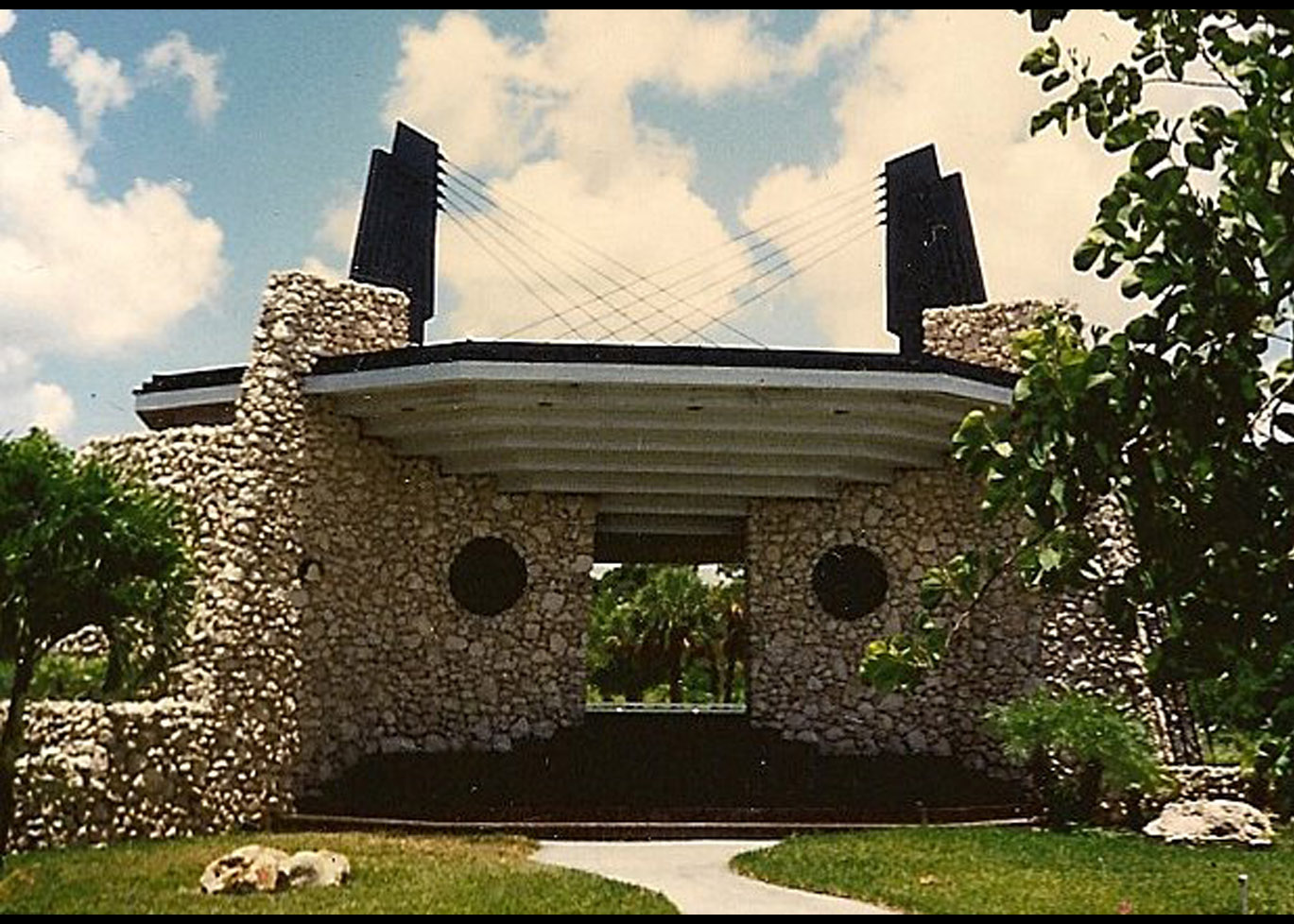 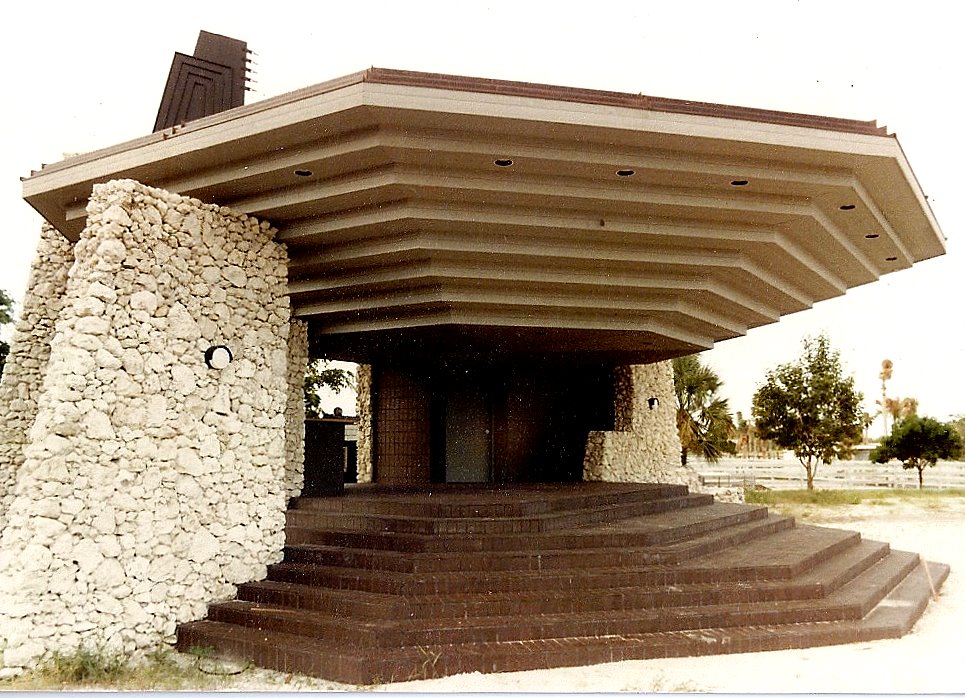 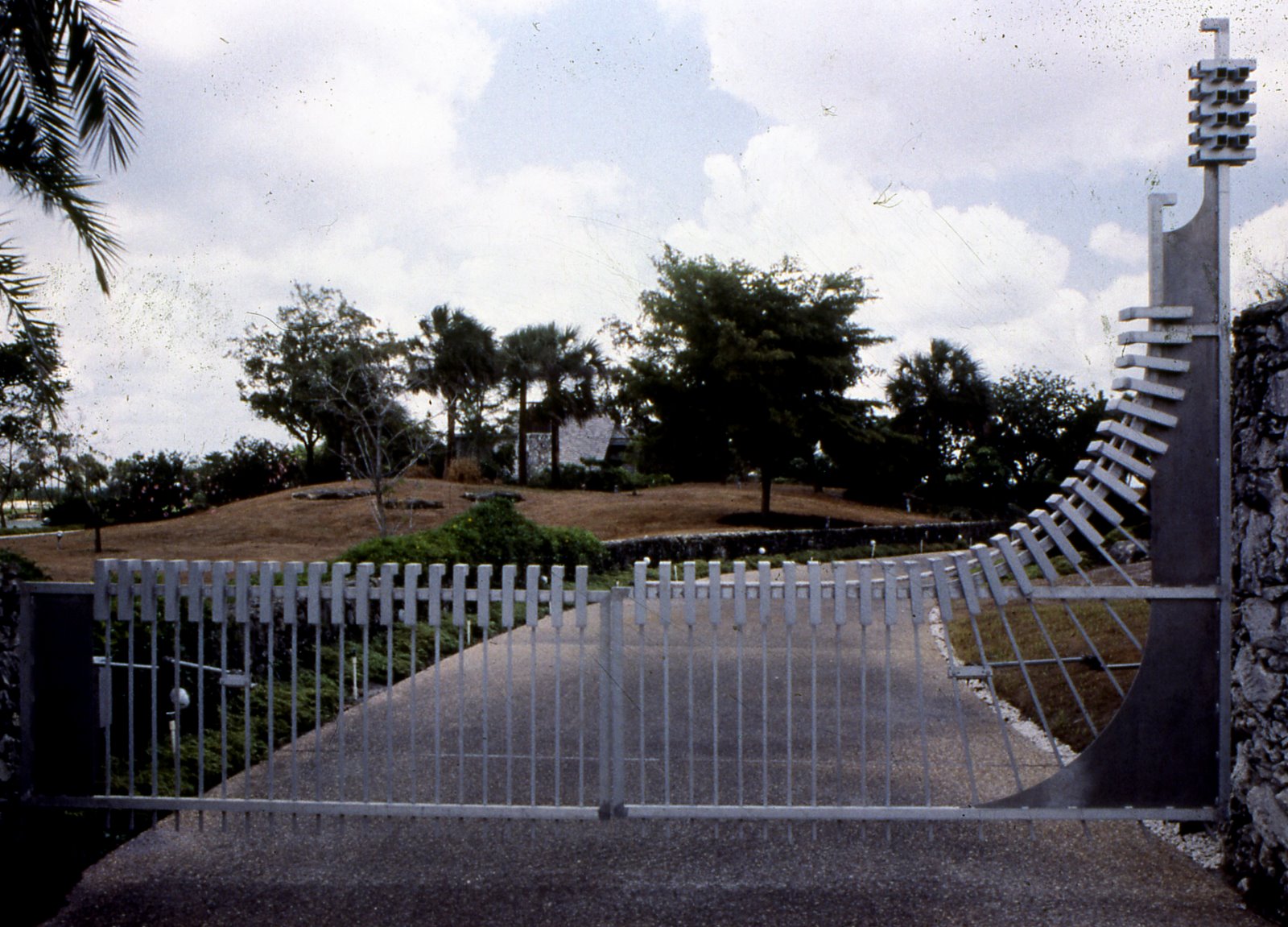 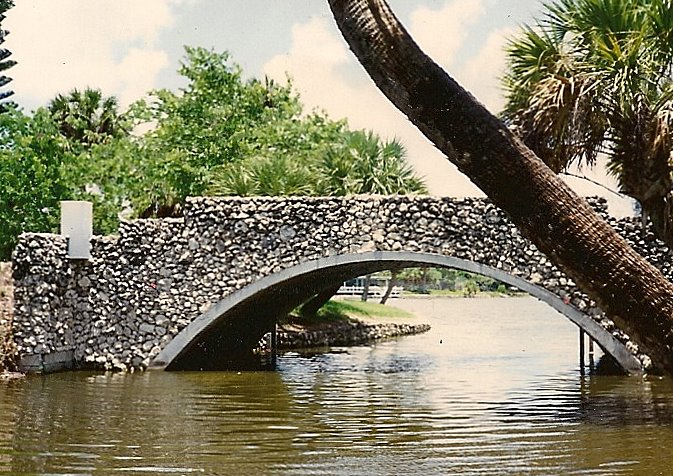 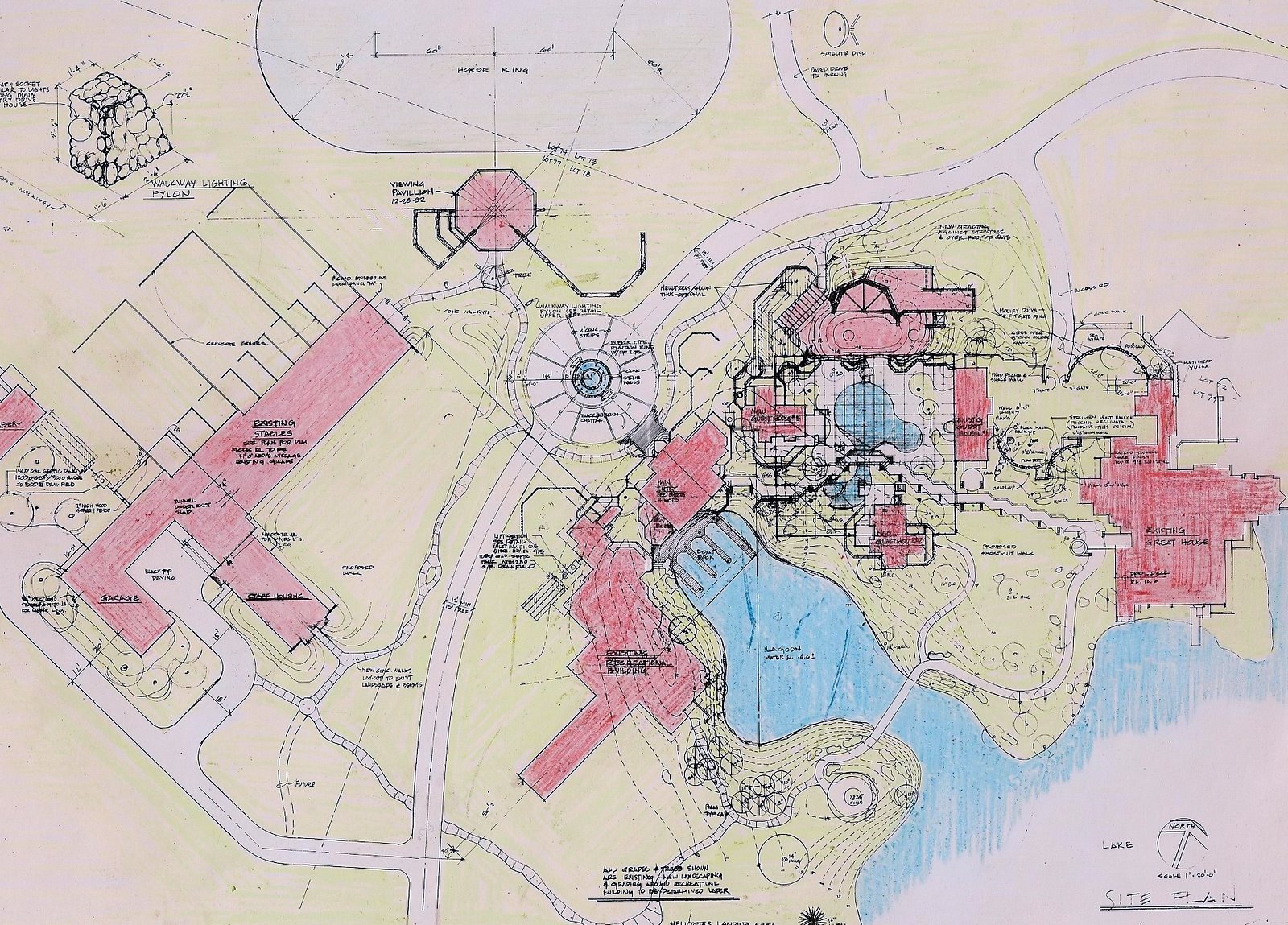 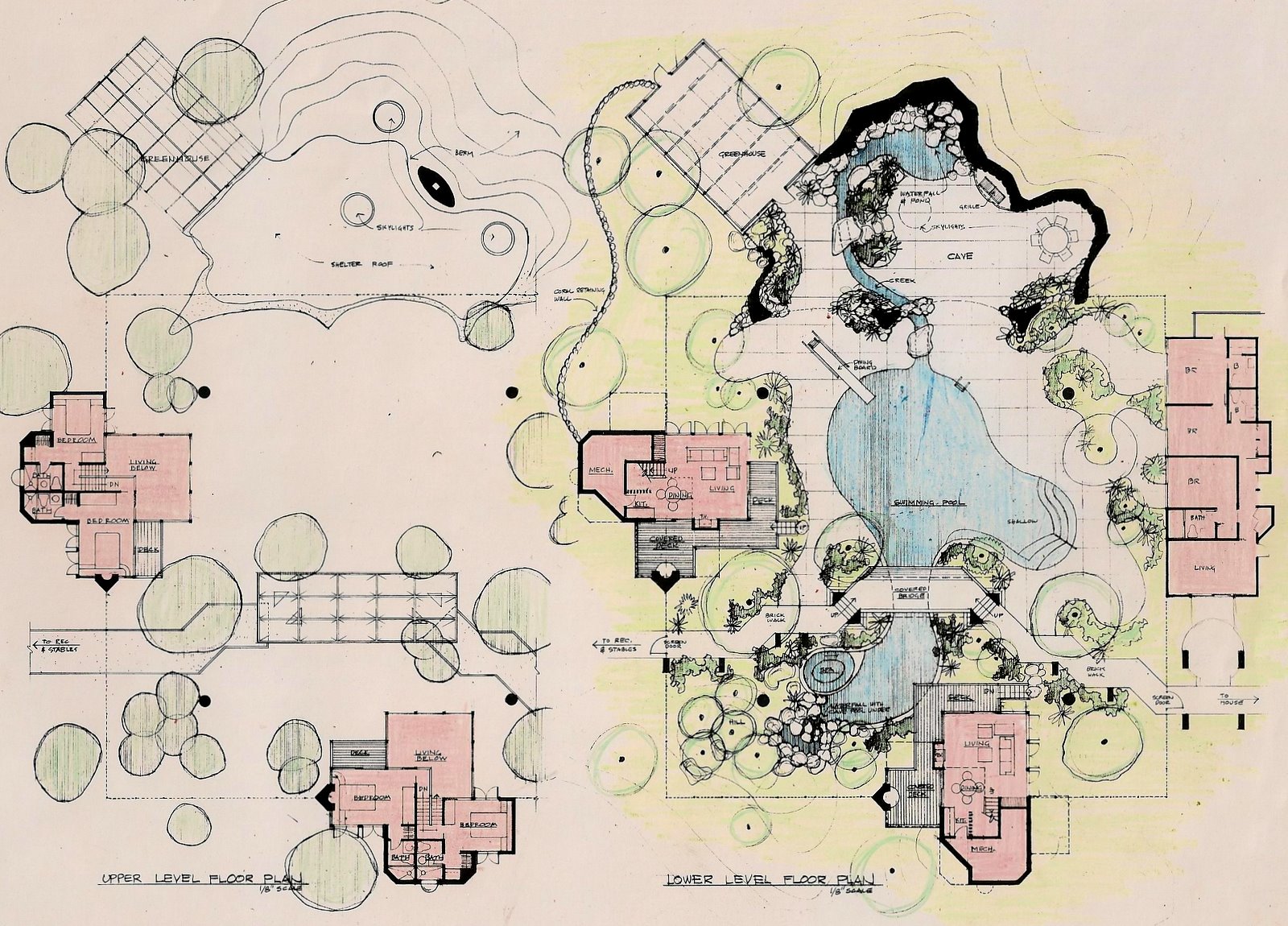