Originally built in 1964, the Kenann Building had become a local landmark because of its circular shape and wonderful tile murals. However, by 1990 it had encured major problems. . . . . .

Physically, it had been condemned as a safety risk because it had no automatic fire sprinkler system, and was empty. Financially, it had gone bankrupt, taken over by the Resolution Trust Corporation and was up for auction bids. Most of the bidders intended demolition, as they saw no value, except for the land, as it occupied one corner of an important intersection.

The client, my “star” long-time client/contractor, saw more potential in keeping the building and giving it a new life. He was able to buy it very reasonably, considering that all the other bidders only valued the land. My program was simply. . . . . . maximize rentable area. . . . . . fix some known structural deficiencies. . . . . . prepare the ground floor for a bank. . . . . . retain the tile murals. . . . . . make it a “better” landmark.

Demolition stripped the building to its structural shell. Modifications were made to the structural steel frame and the HVAC and fire safety systems were completely redesigned.

All of the materials and colors were derived from the two mosaic tile murals. A metallic reflective blue tile was chosen for the primary vertical elements and a similar white tile for surfaces adjacent to the murals. Glass on the second through sixth floors is reflective silver, the first and seventh floors are clear, and are set back to compensate for square footage gained by filling in what was an open central core on all floors. The eighth floor is blue. The effect is very sensitive to changing weather and time of day, becoming blue on a bright day, platinum on a grey day and bronze at sunset.

In 1994/95 a restaurant and nightclub named “Hot Chocolate” was added to the second floor level with covered valet parking and a separate entrance beneath the nightclub. This addition provided the opportunity to balance the simplicity of the tower with more interesting sculptural elements. The circular steel details at the entrance canopy and elsewhere are there to “Celebrate the Circle”. 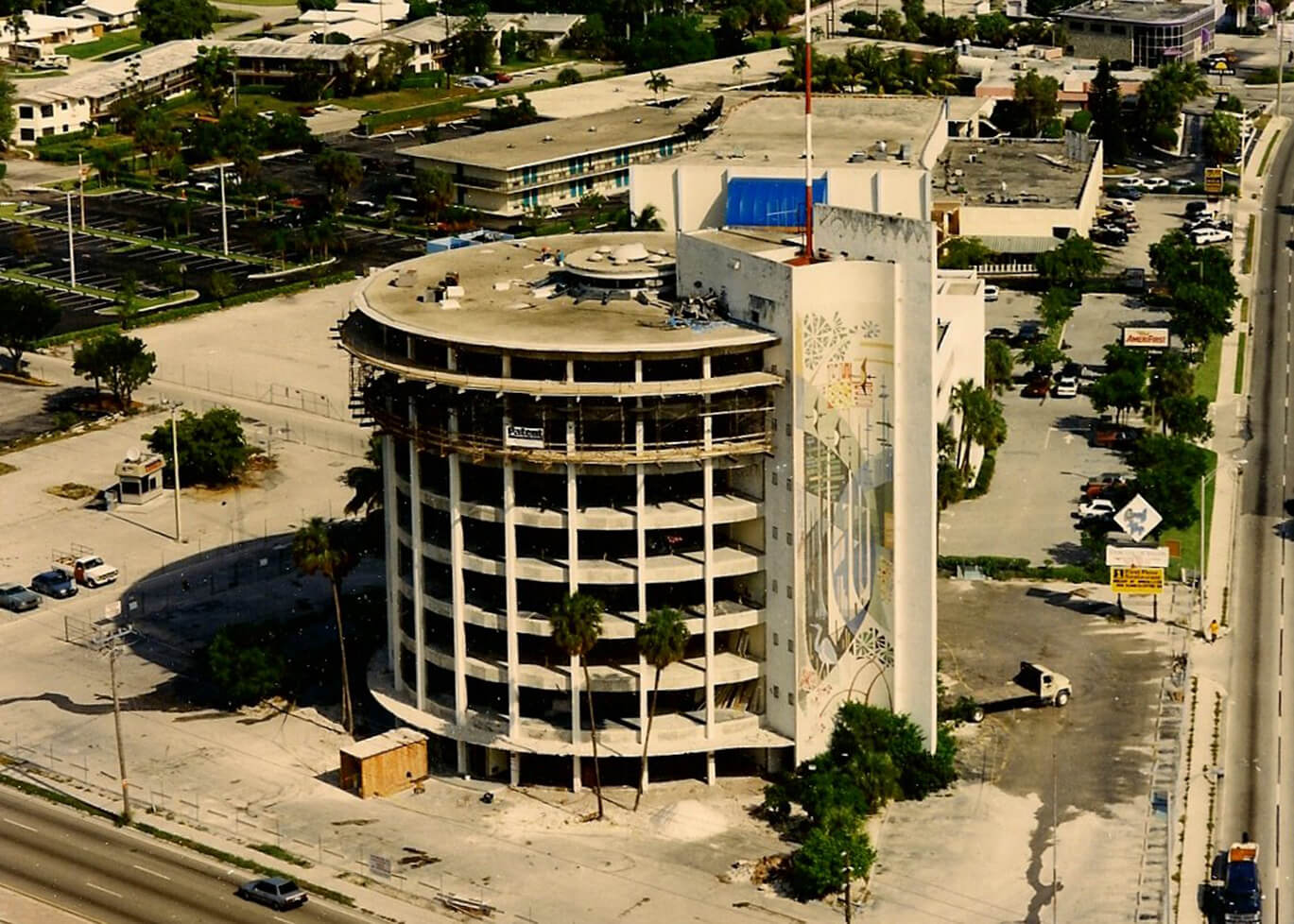 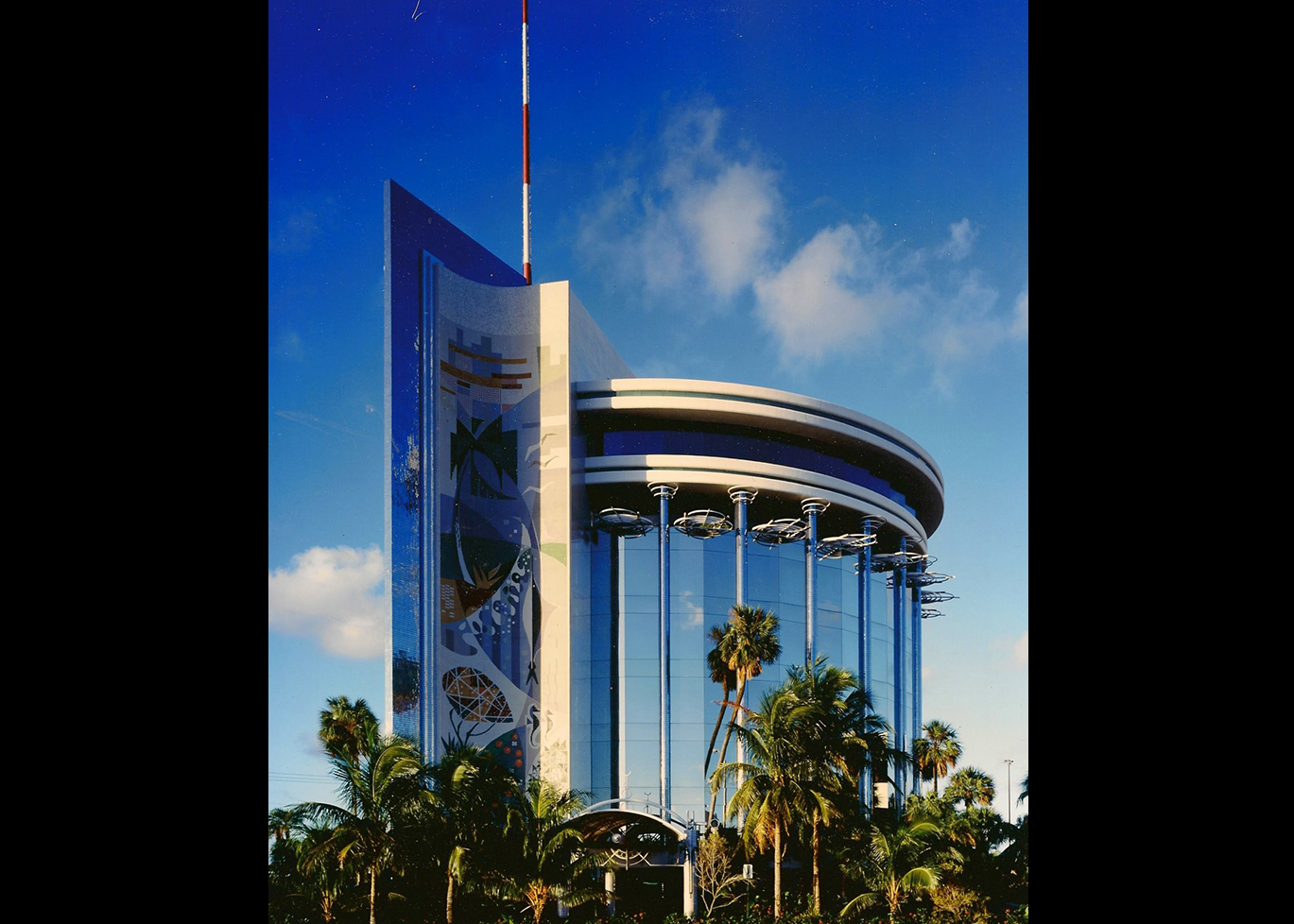 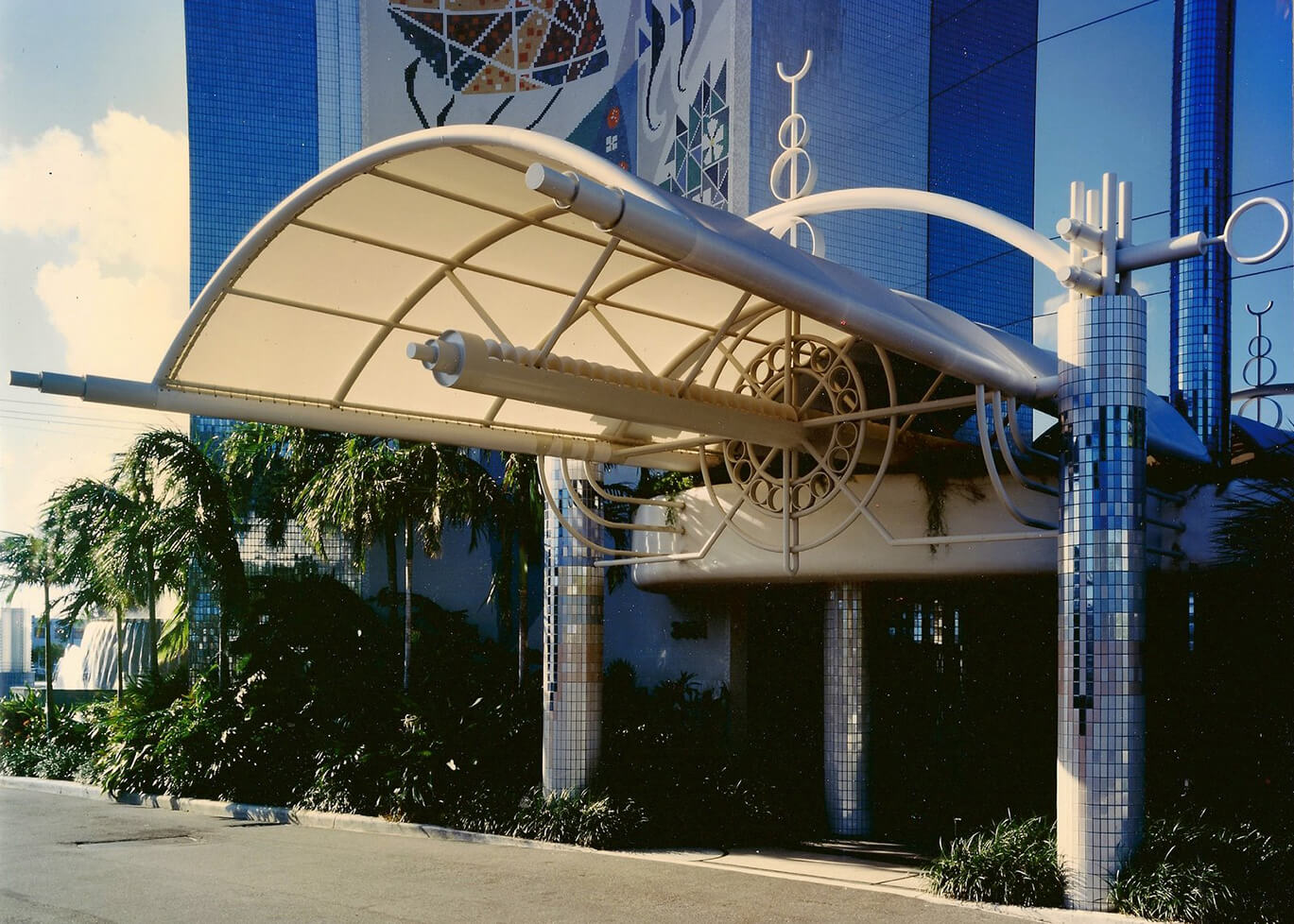 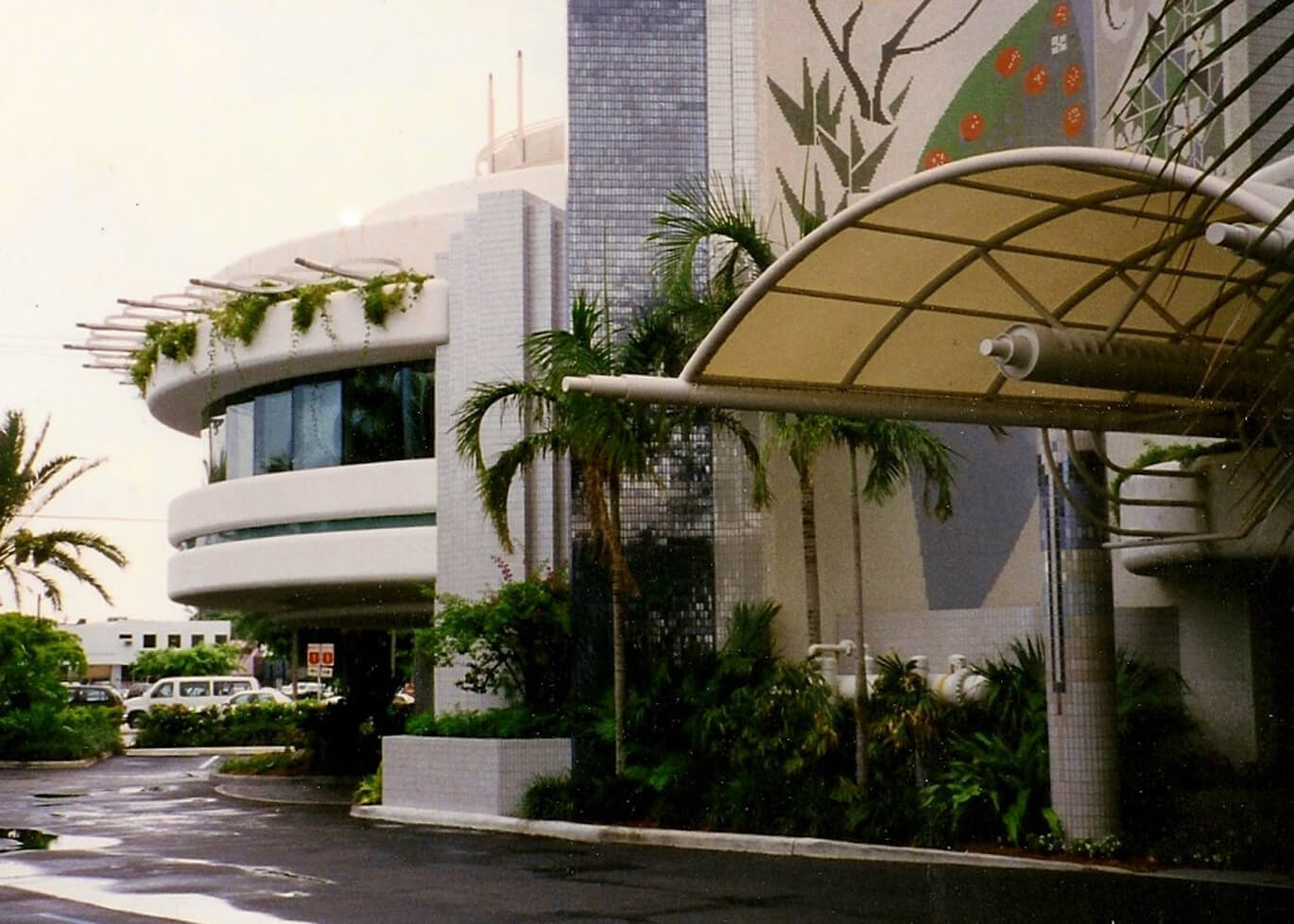 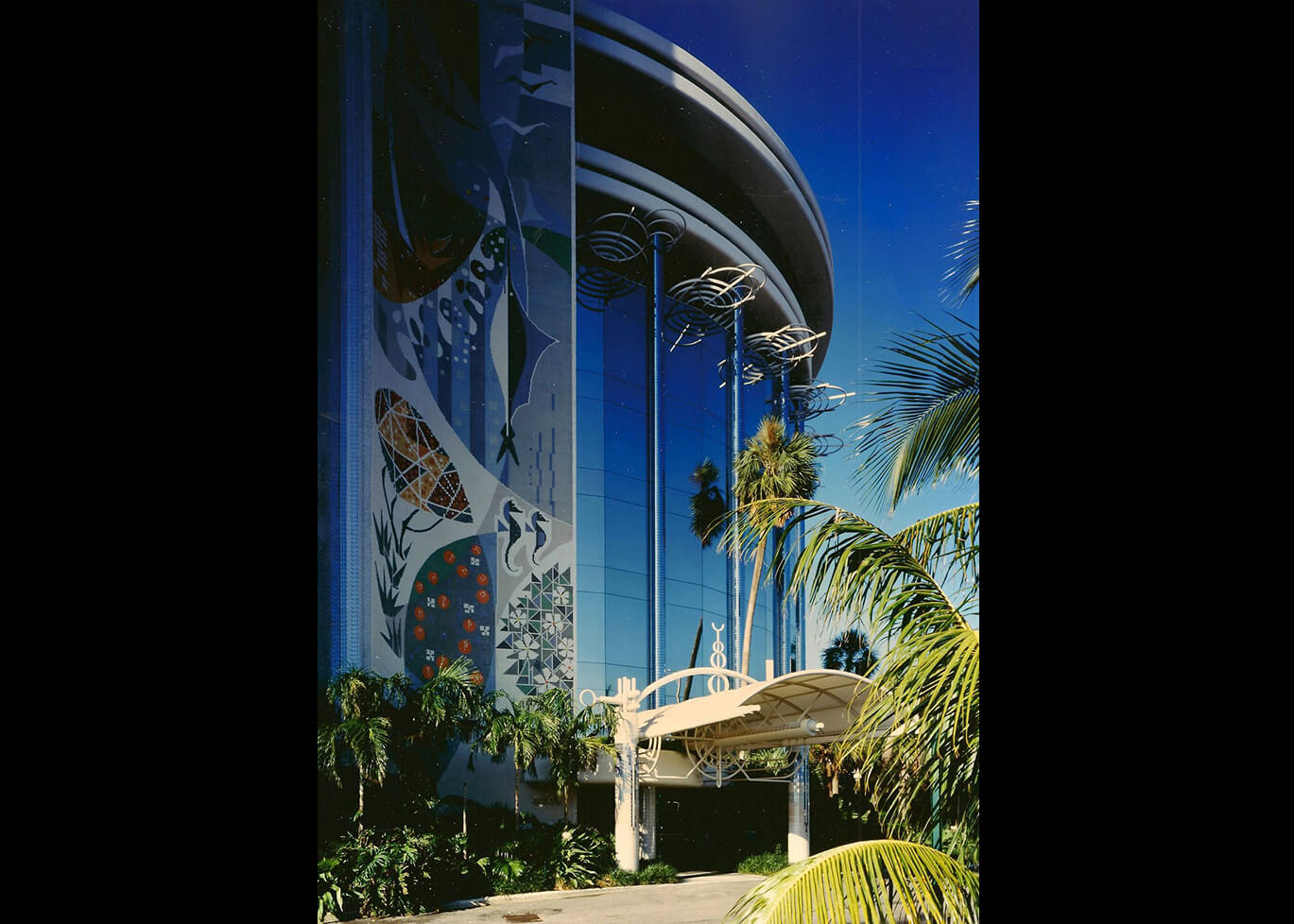 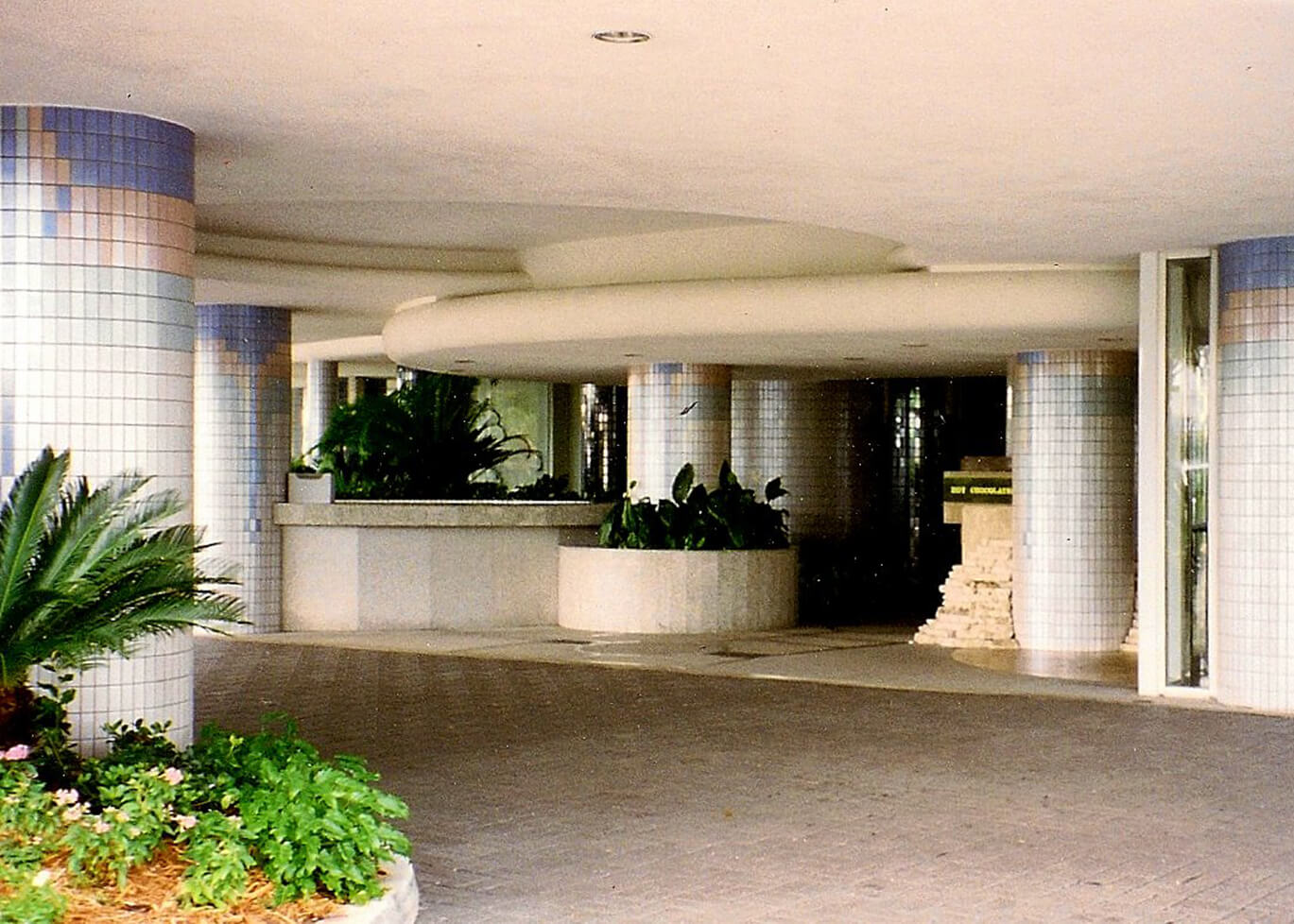 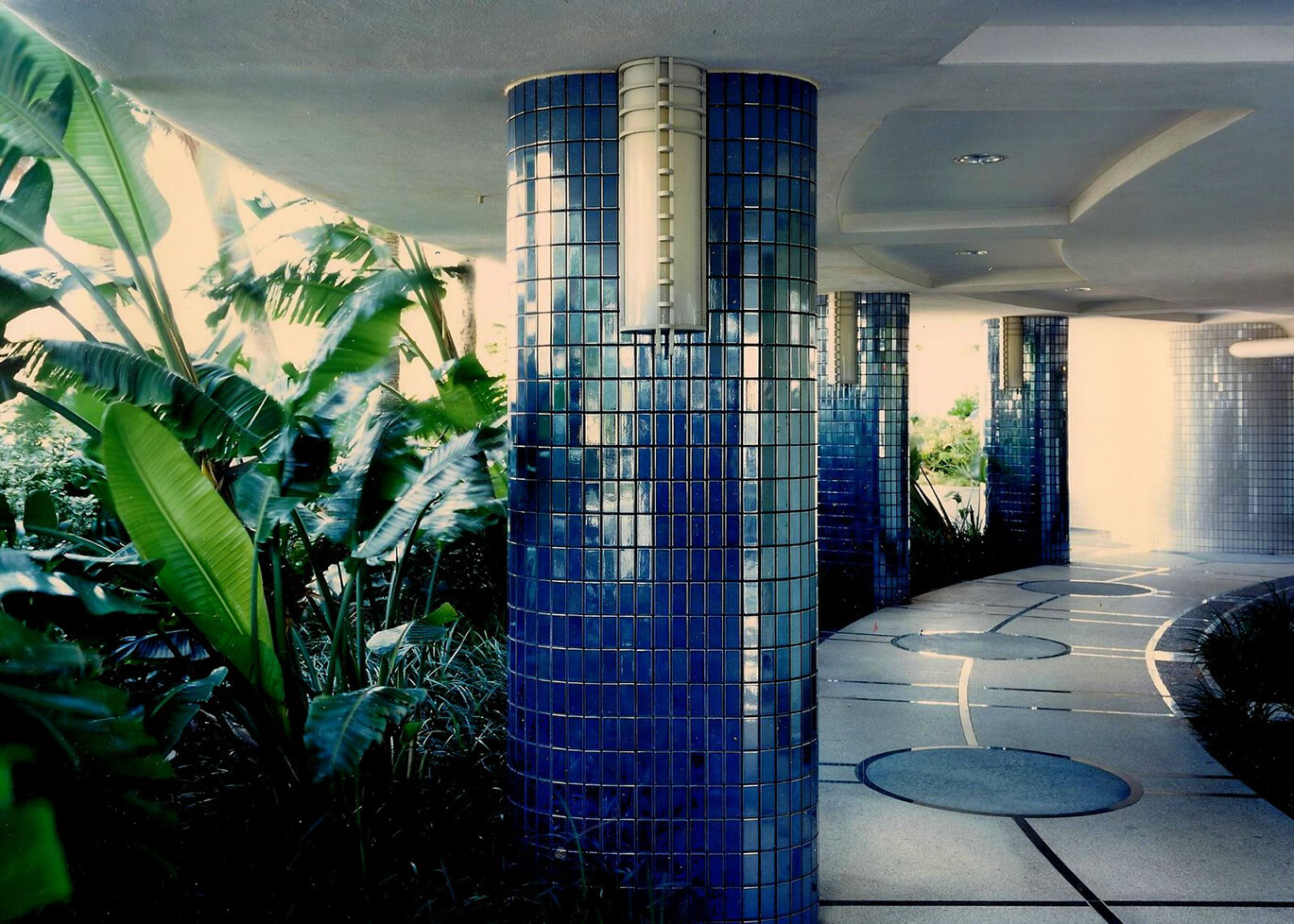 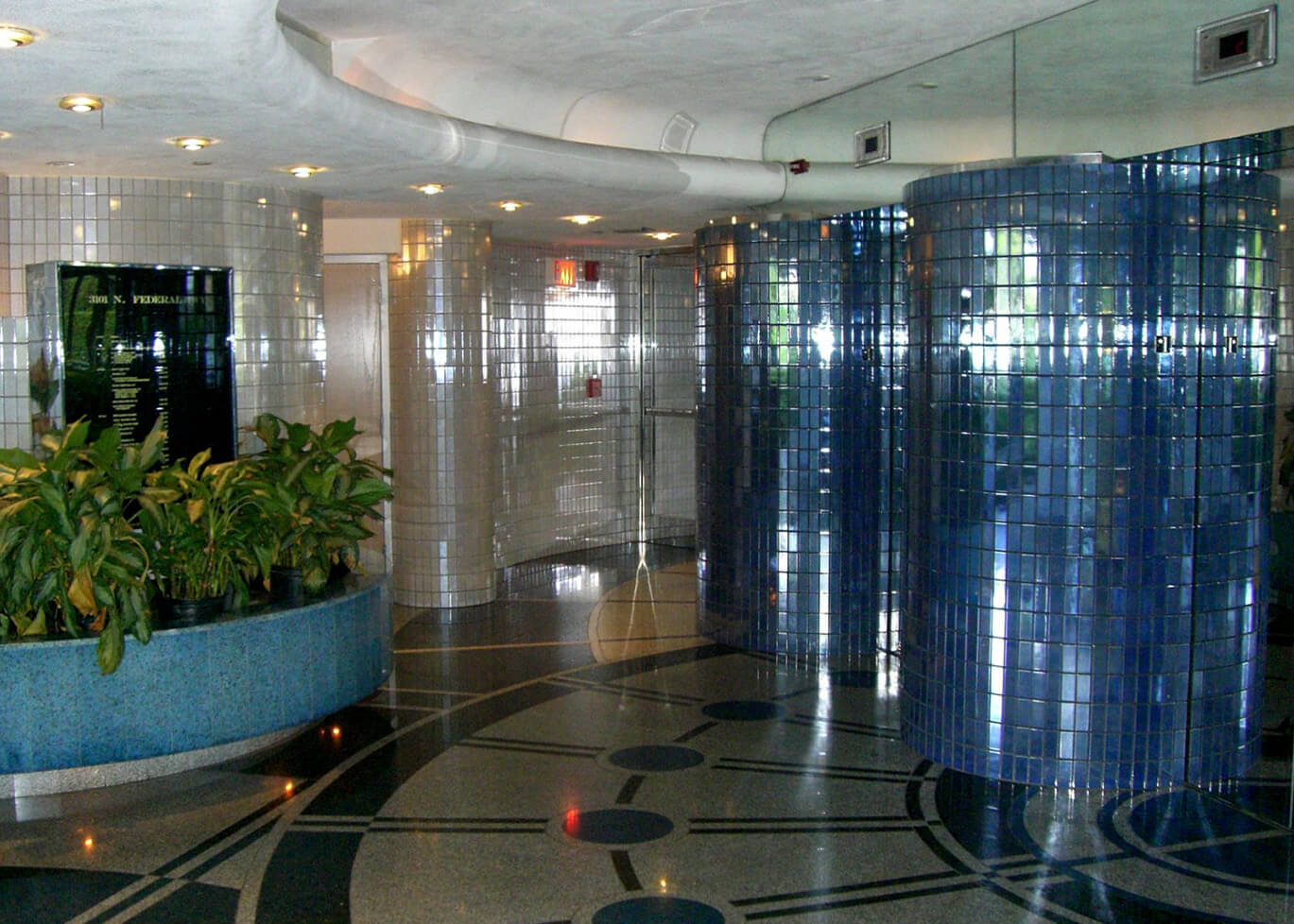 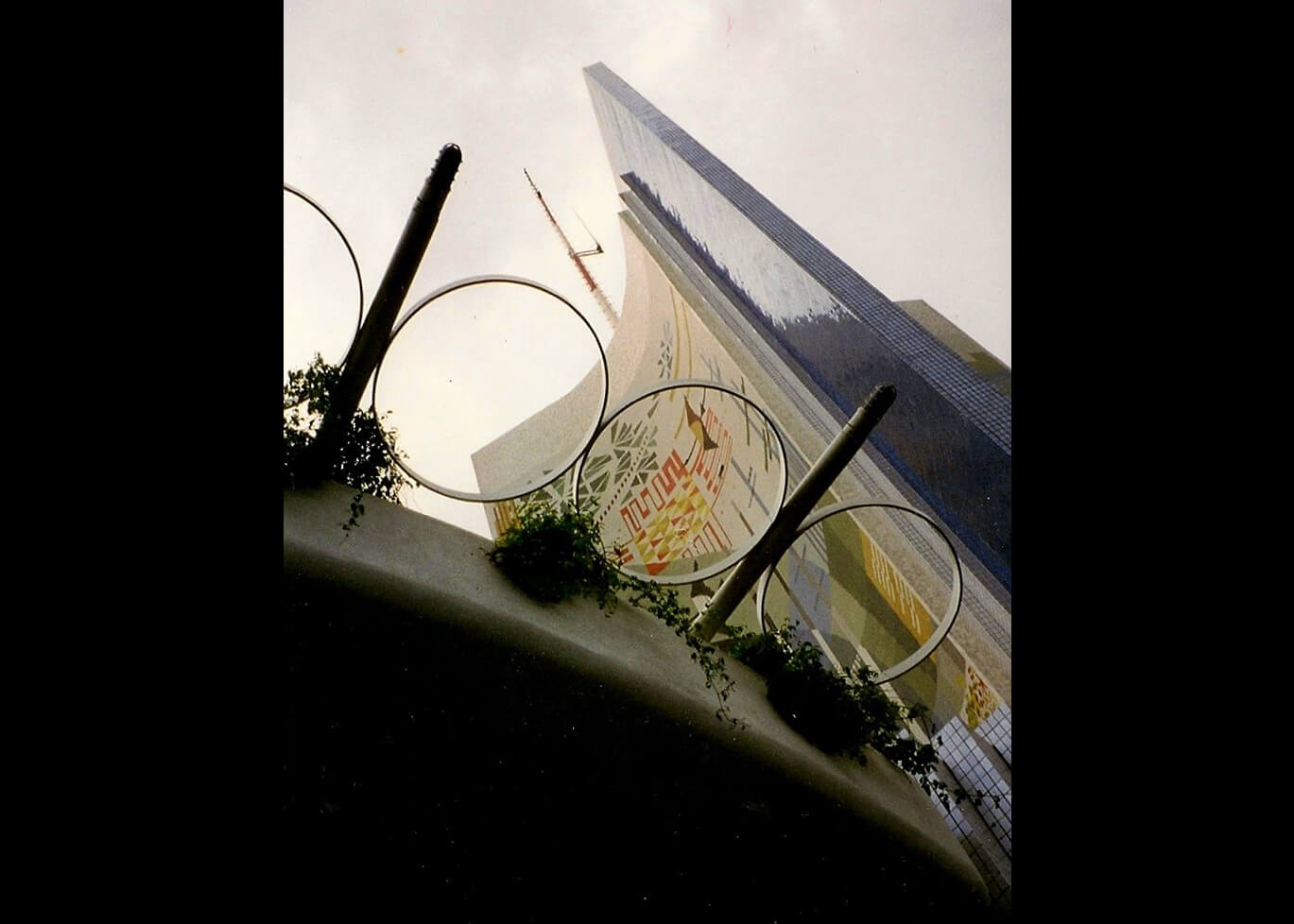 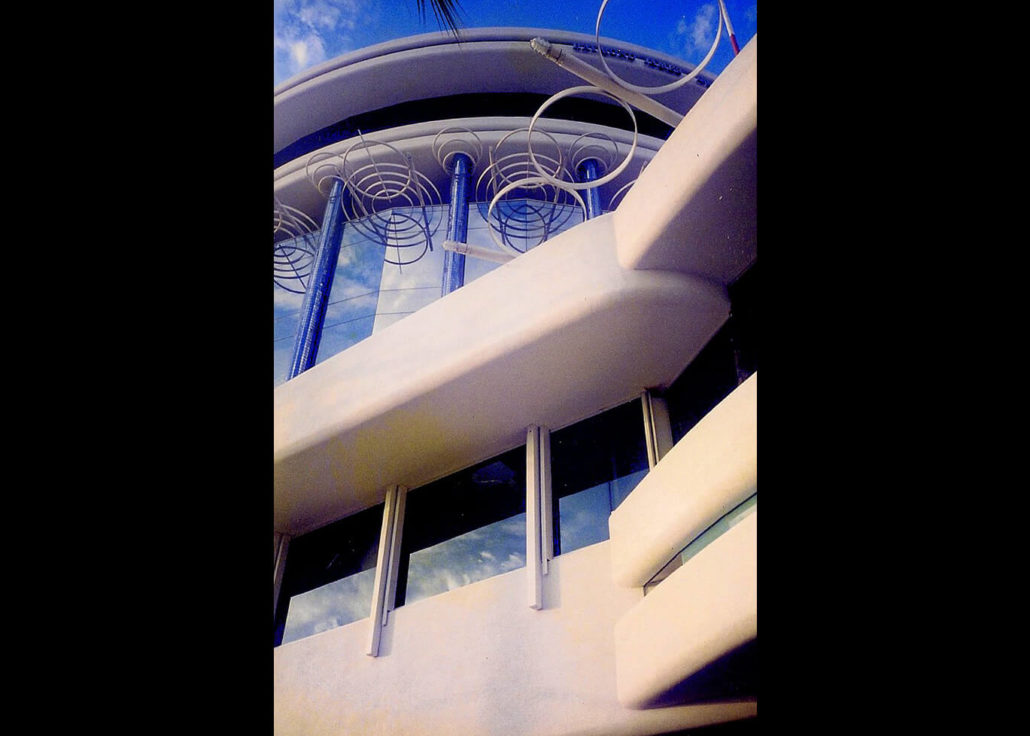 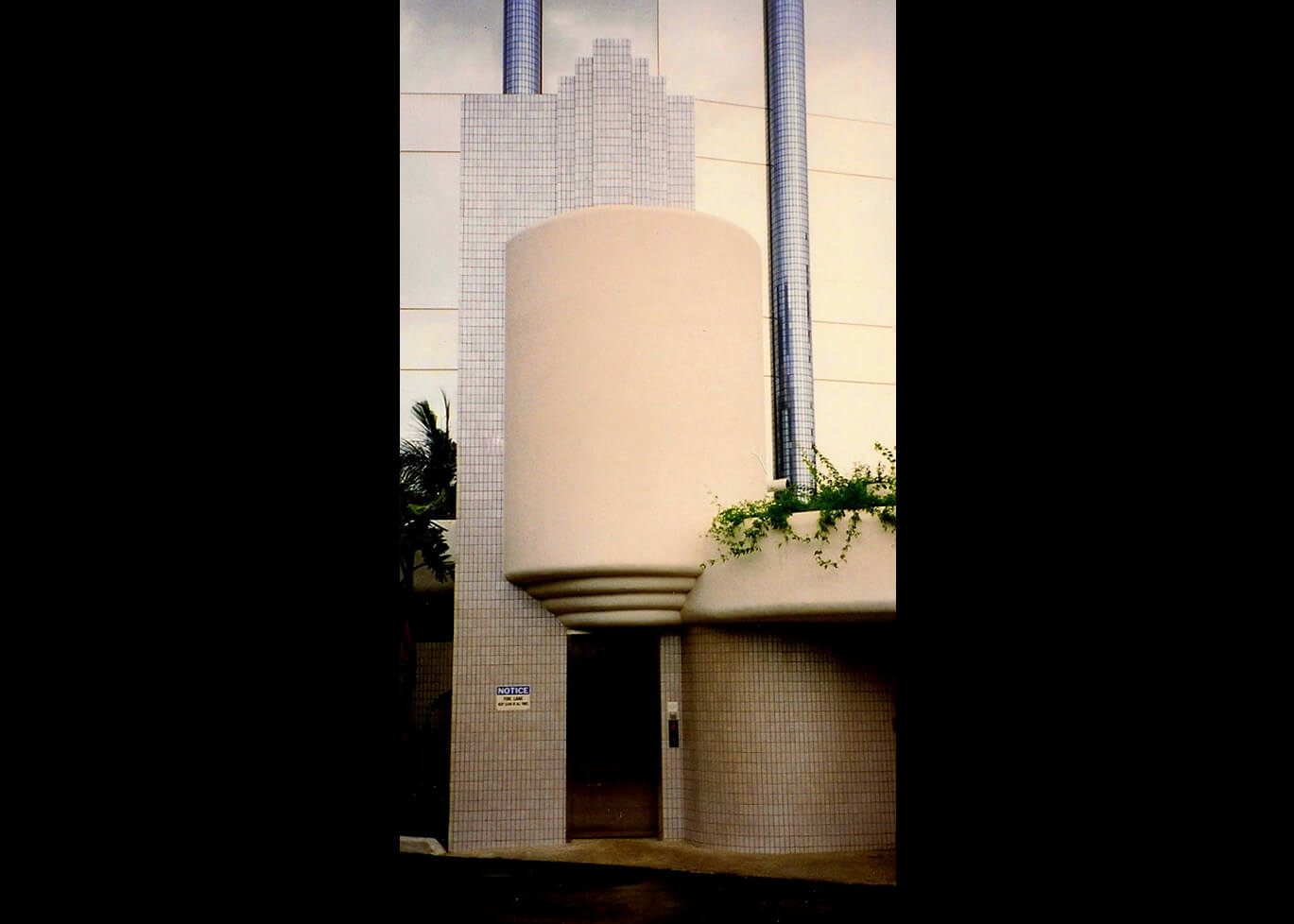 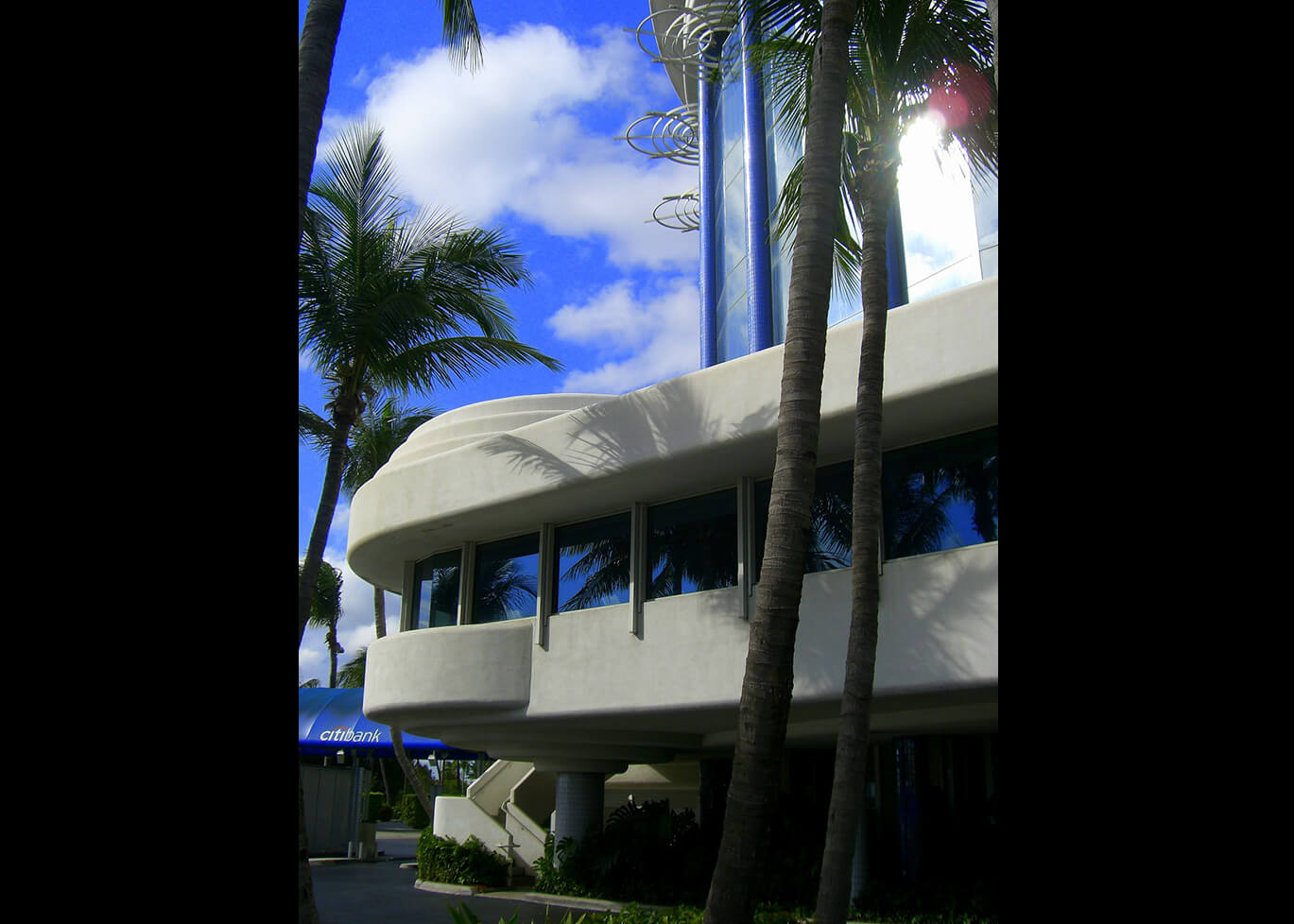 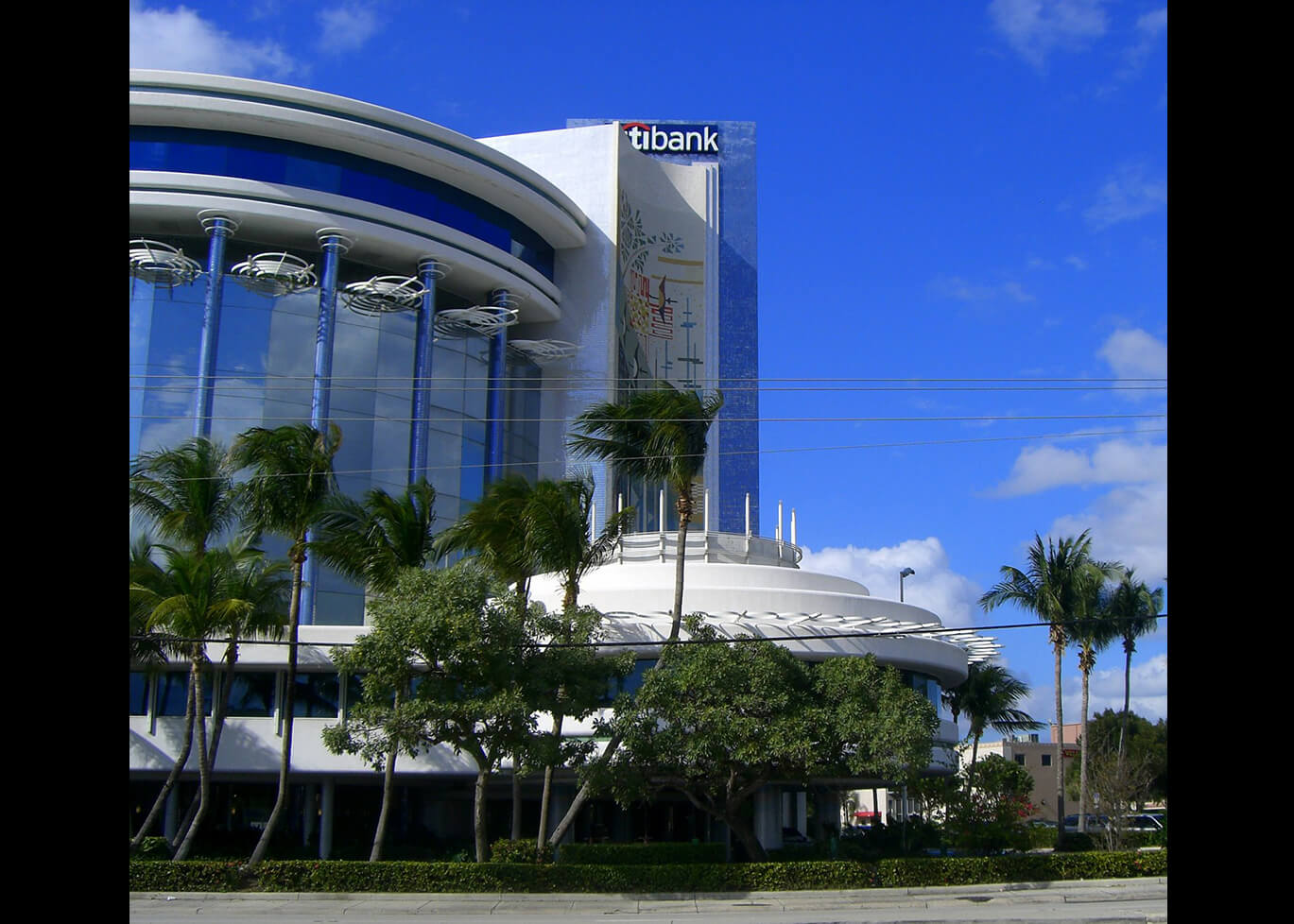