Originally designed as a duplex for a single lady realtor. . . . . . the rear two story unit for her and the front to rent.

Thirty four years later another bachelor bought it and altered it, bit by bit, until it finally became one house. The first two photos are the original duplex. The rest are phases of its transition to a house.

A very inexpensive stacked block and flat roof post & beam structure which recently sold for about 40 times the original cost. 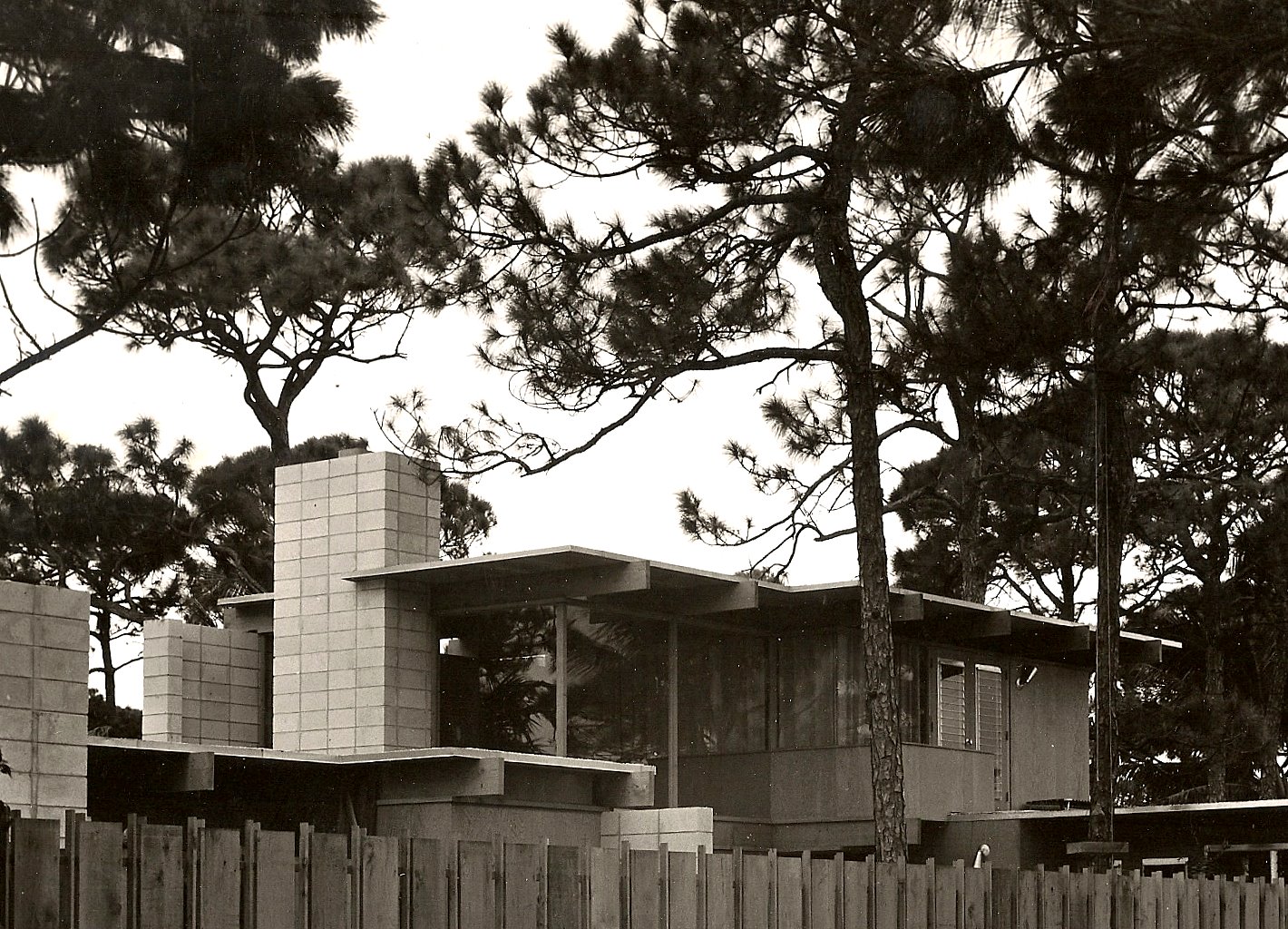 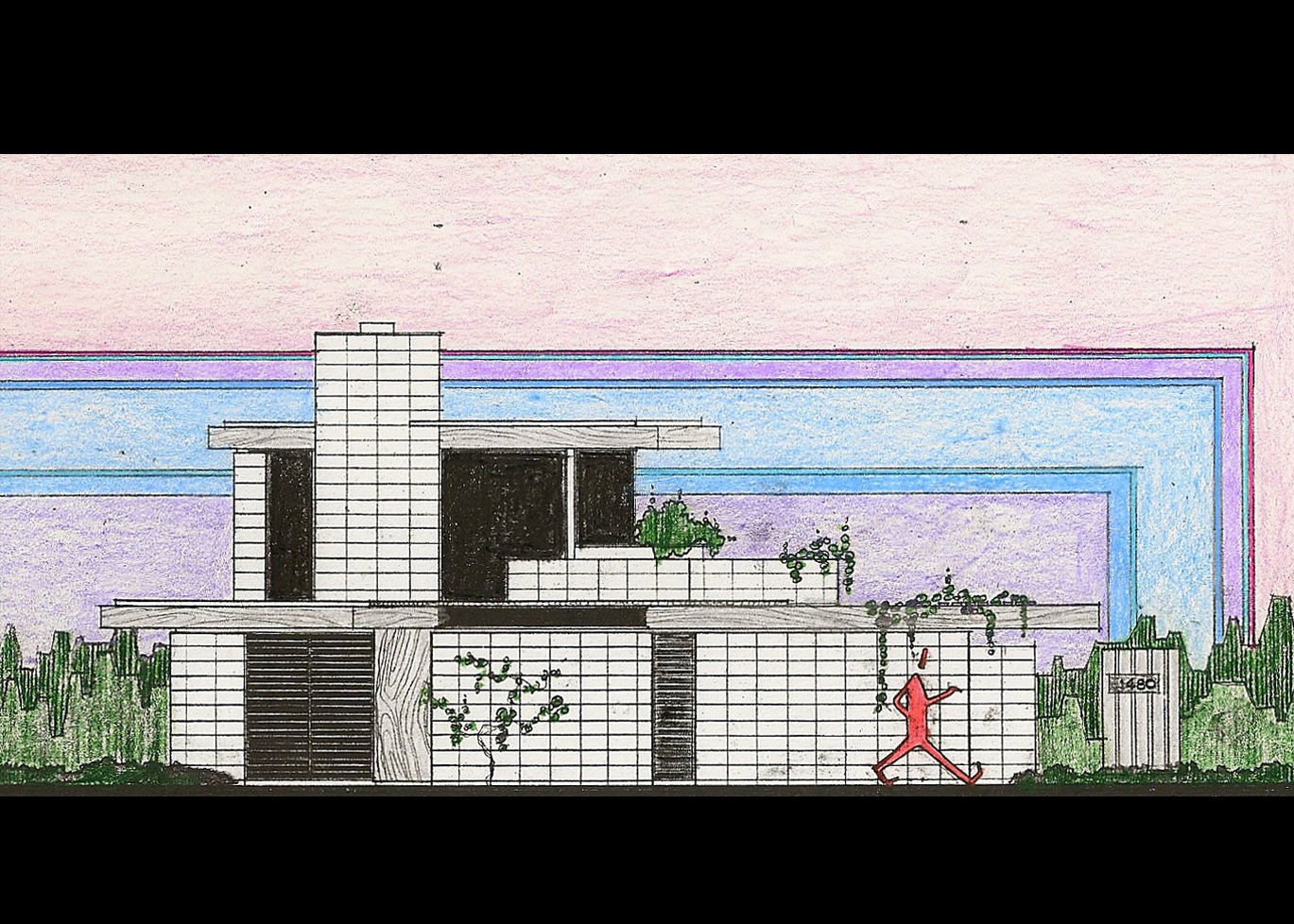 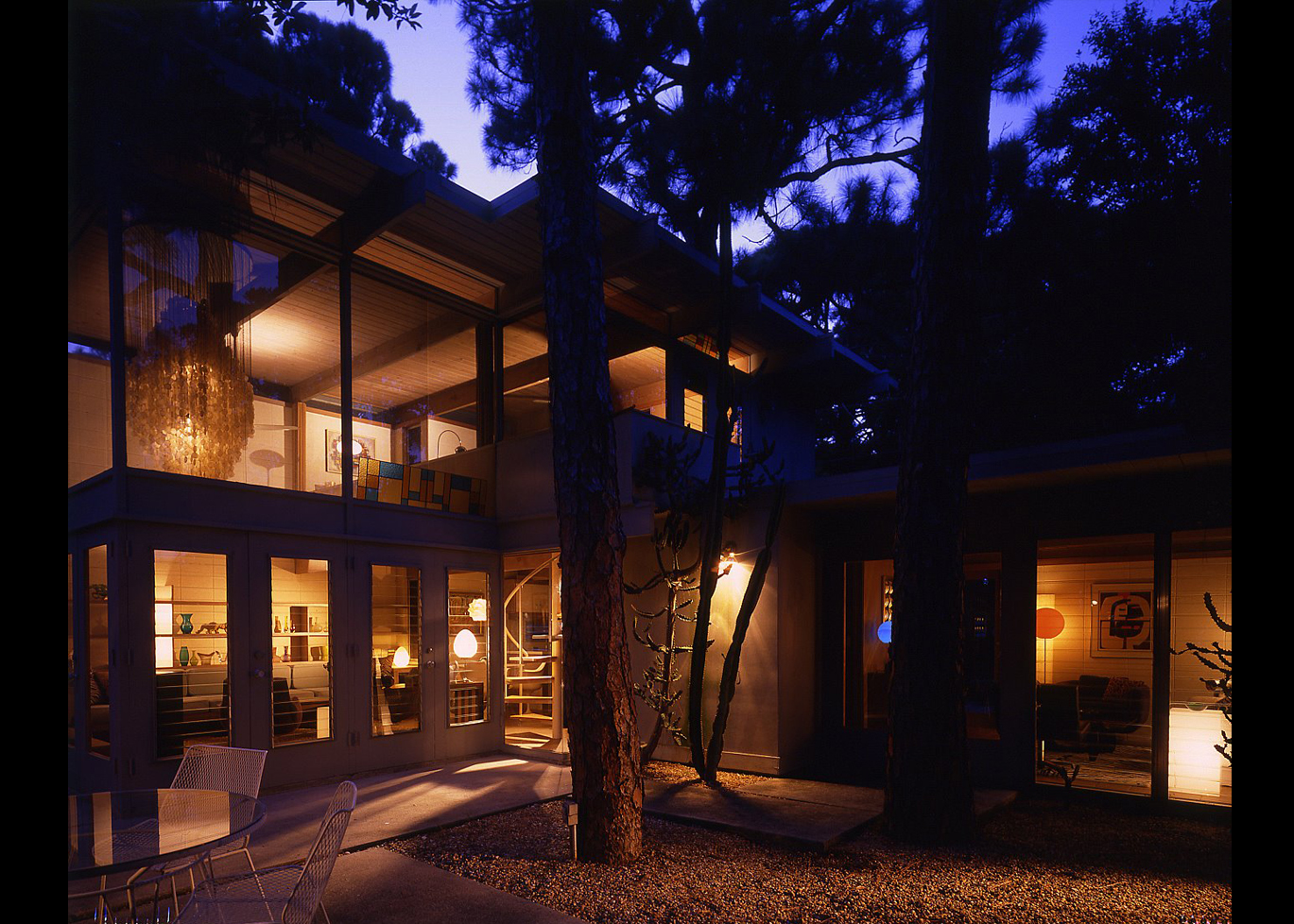 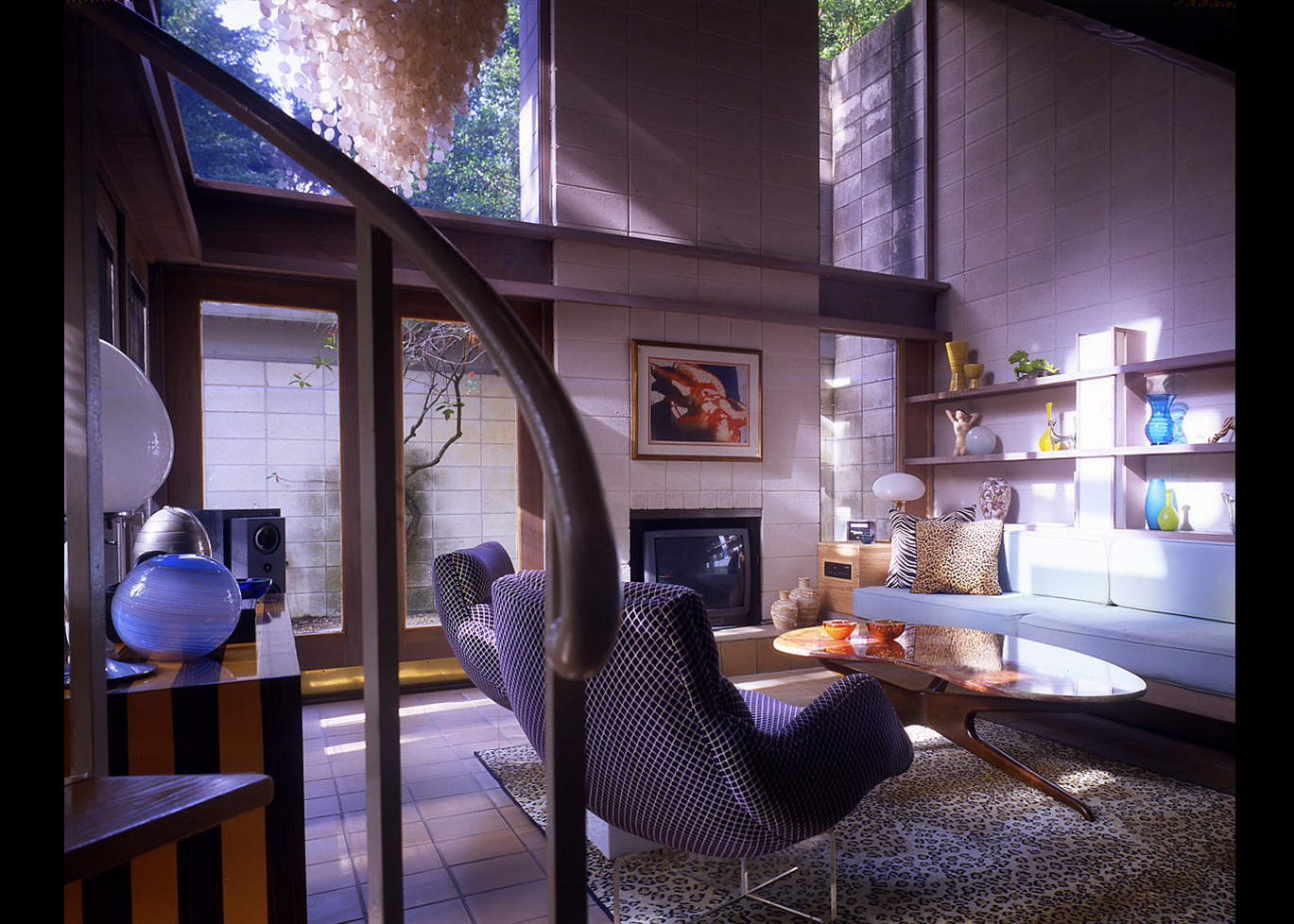 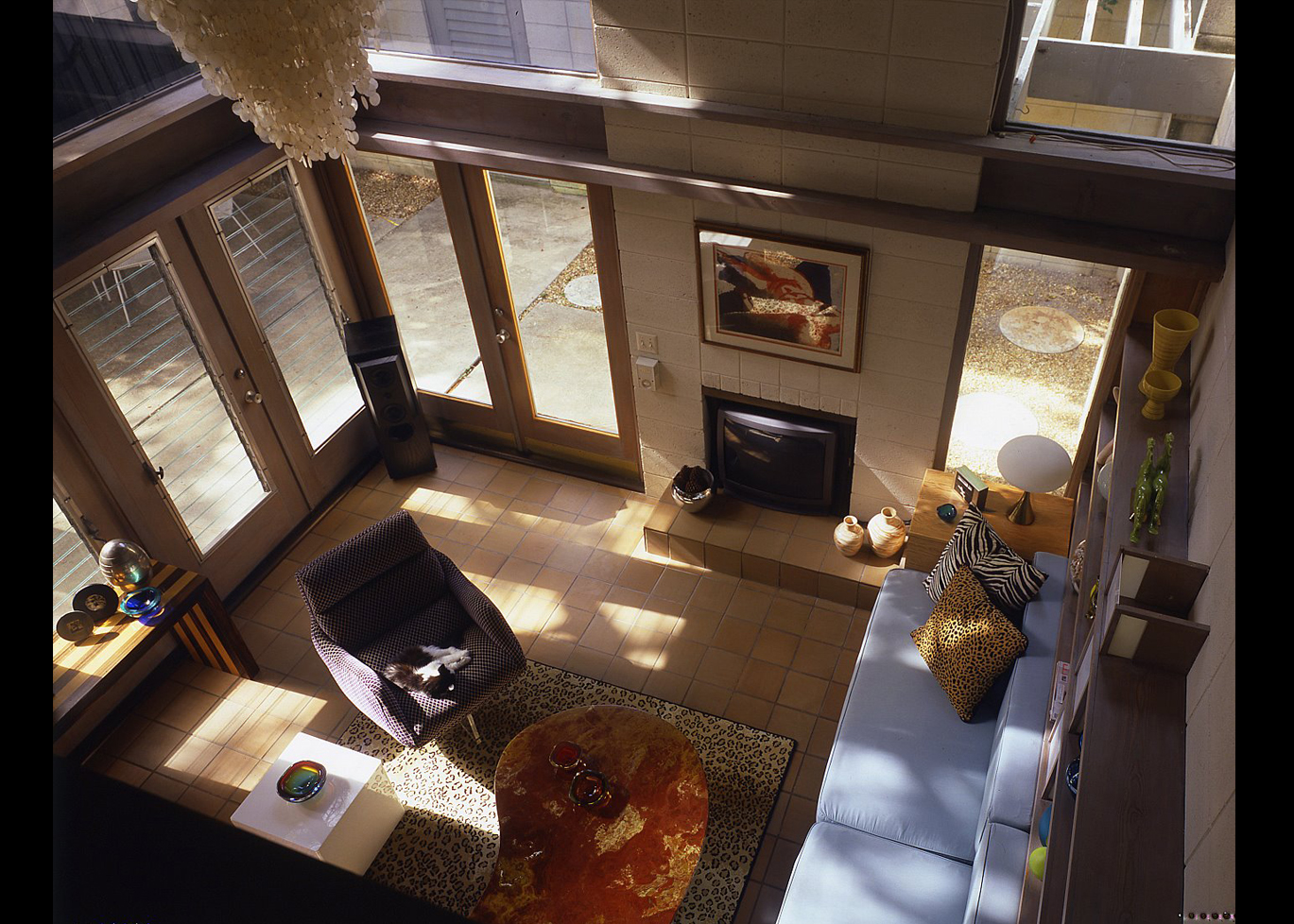 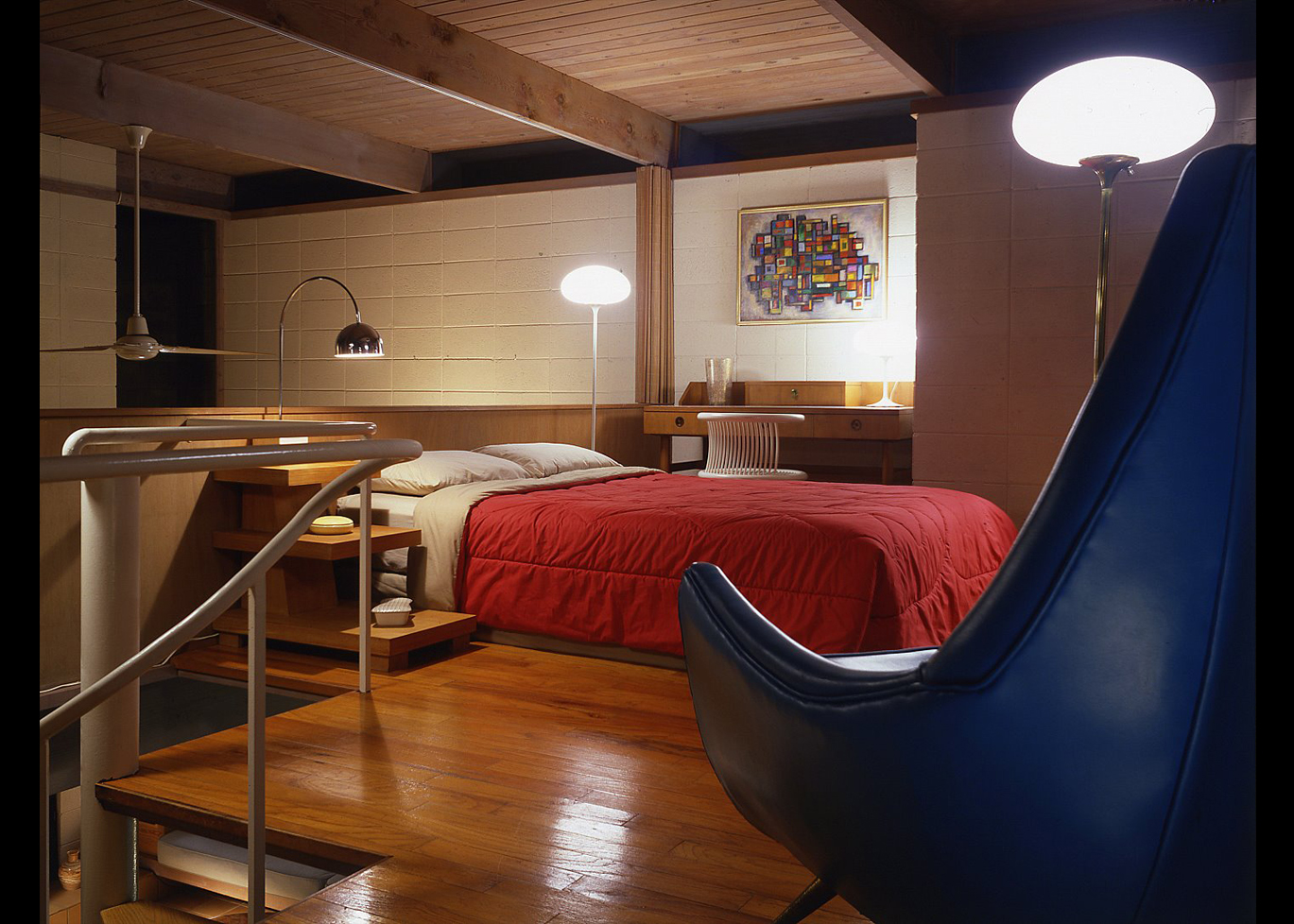 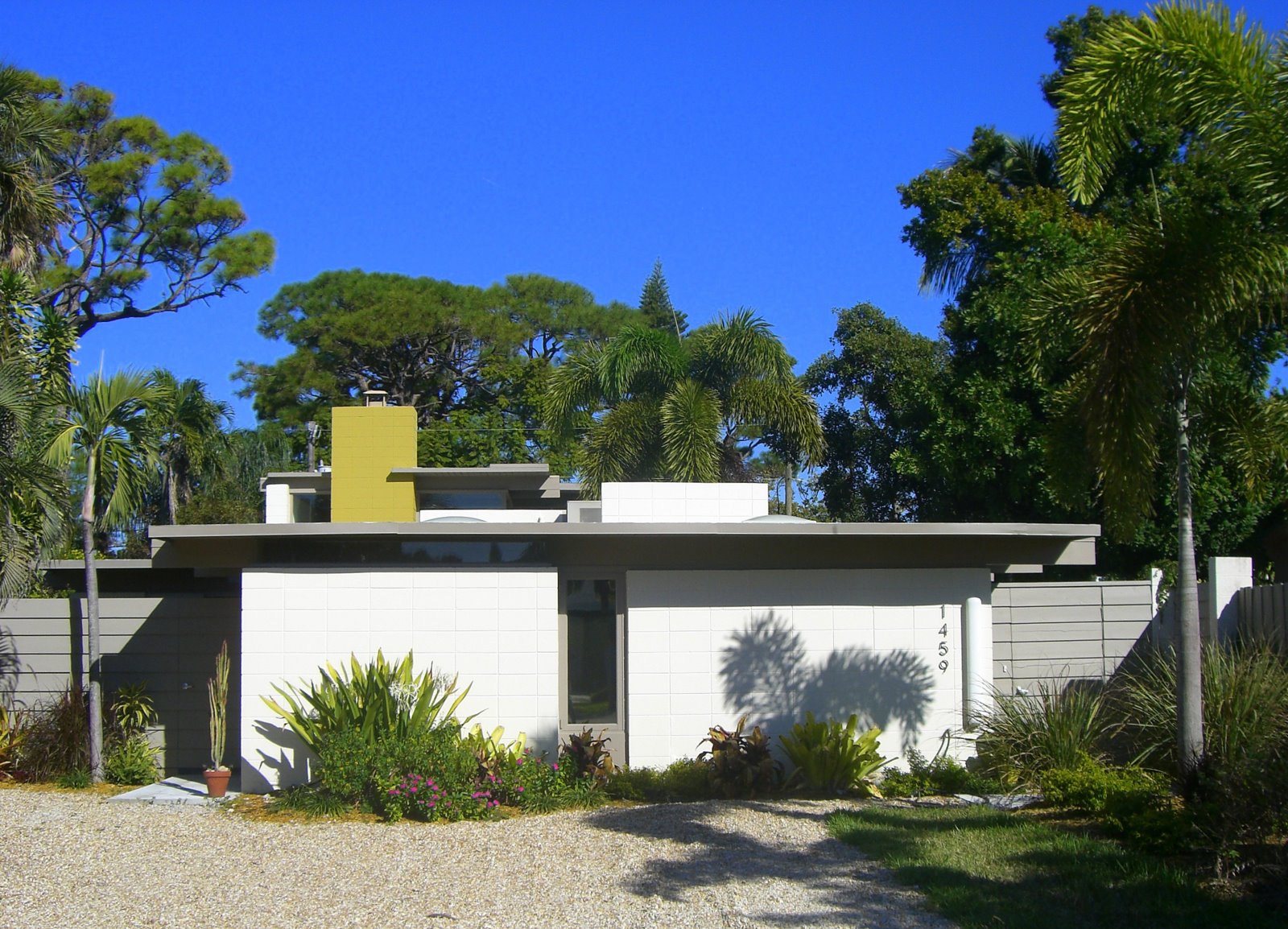 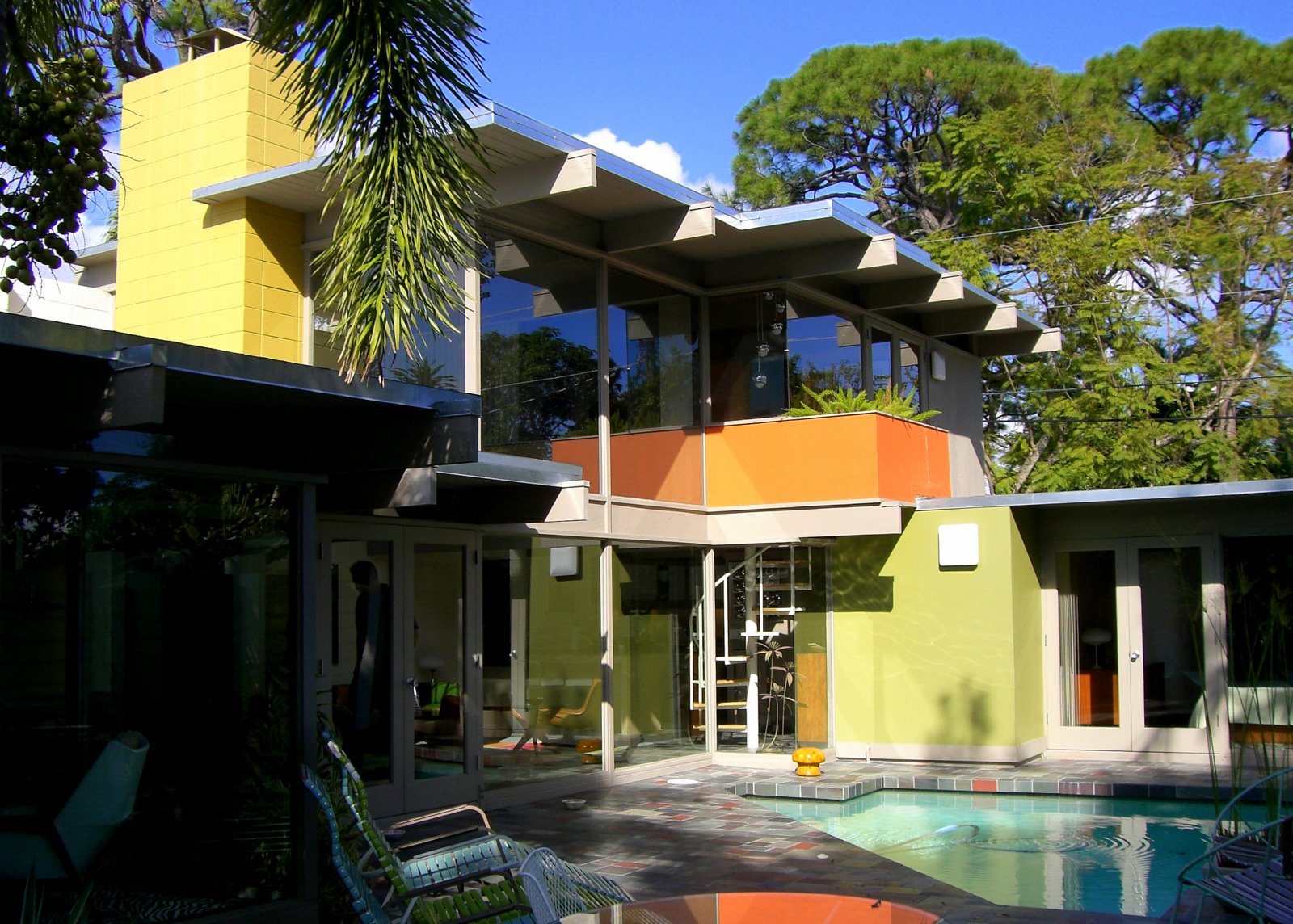