Christopher’s had been in business for ten years, and had remodeled twice in an attempt to remain competitive, in the fickle Ft. Lauderdale bar business. They had recently had a fire that did some structural damage but the smoke damage to the interior was complete. The client was a brother to the owner of Pete’s, which was under construction at the time. He was uncertain about restoring it to what it had been, so he came to me for advice. I suggested that this was a rare opportunity for a radical change that might take him into the 21st. Century.

The floor plan was completely reconfigured. The damaged section of the steel joist roof was replaced with a “bird” like shaped wood roof structure, much like the Phoenix rising from the ashes. The original thought was to change the name, but the client worried that the good will of Christopher’s would be lost. Three bars were positioned on the existing floor level and beneath the new higher roof shapes, and the remainder was raised two steps to distinguish the dining areas and to provide plumbing space under the kitchen and service areas. Two fireplaces graced the dining areas.

Christopher’s was basically a Bar that served food and the concept of live music at 9 PM made acoustical control critical. Various colored fabric clad acoustical panels were employed as interior graphics throughout, on dining room walls, panels on the wood ceiling and as a 60 foot long geometric mural on the front interior of what on the exterior is a colorful horizontal tile band. 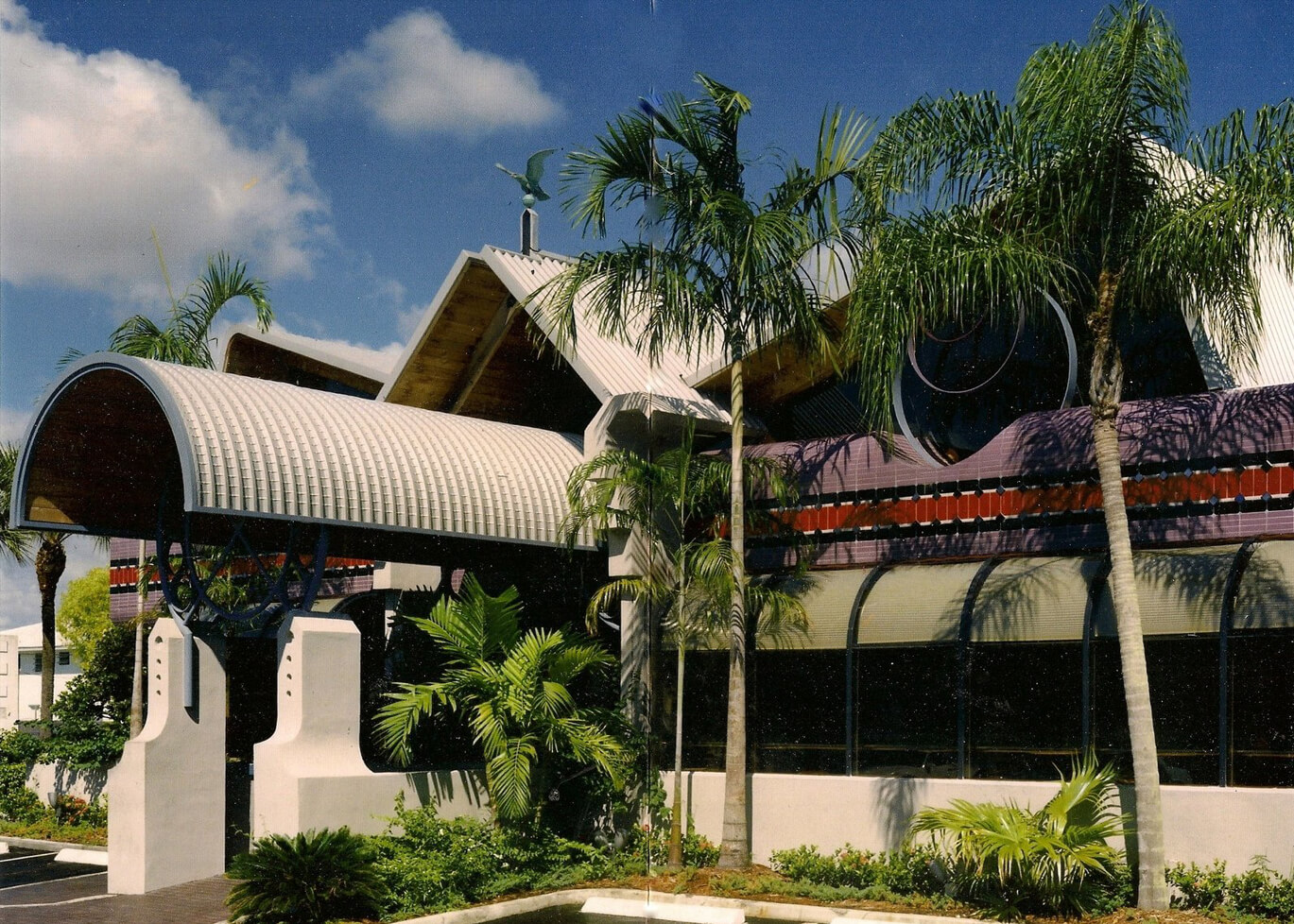 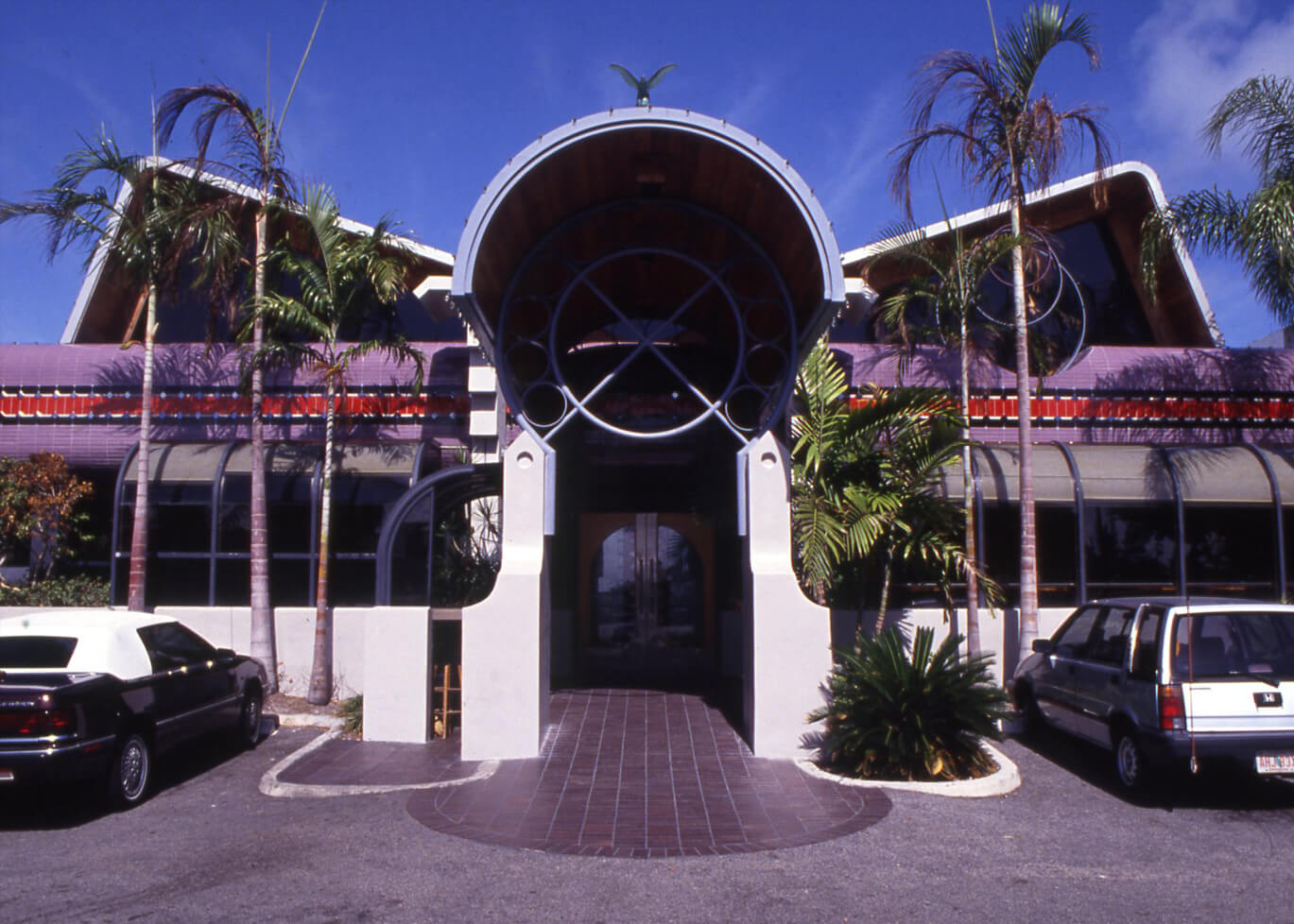 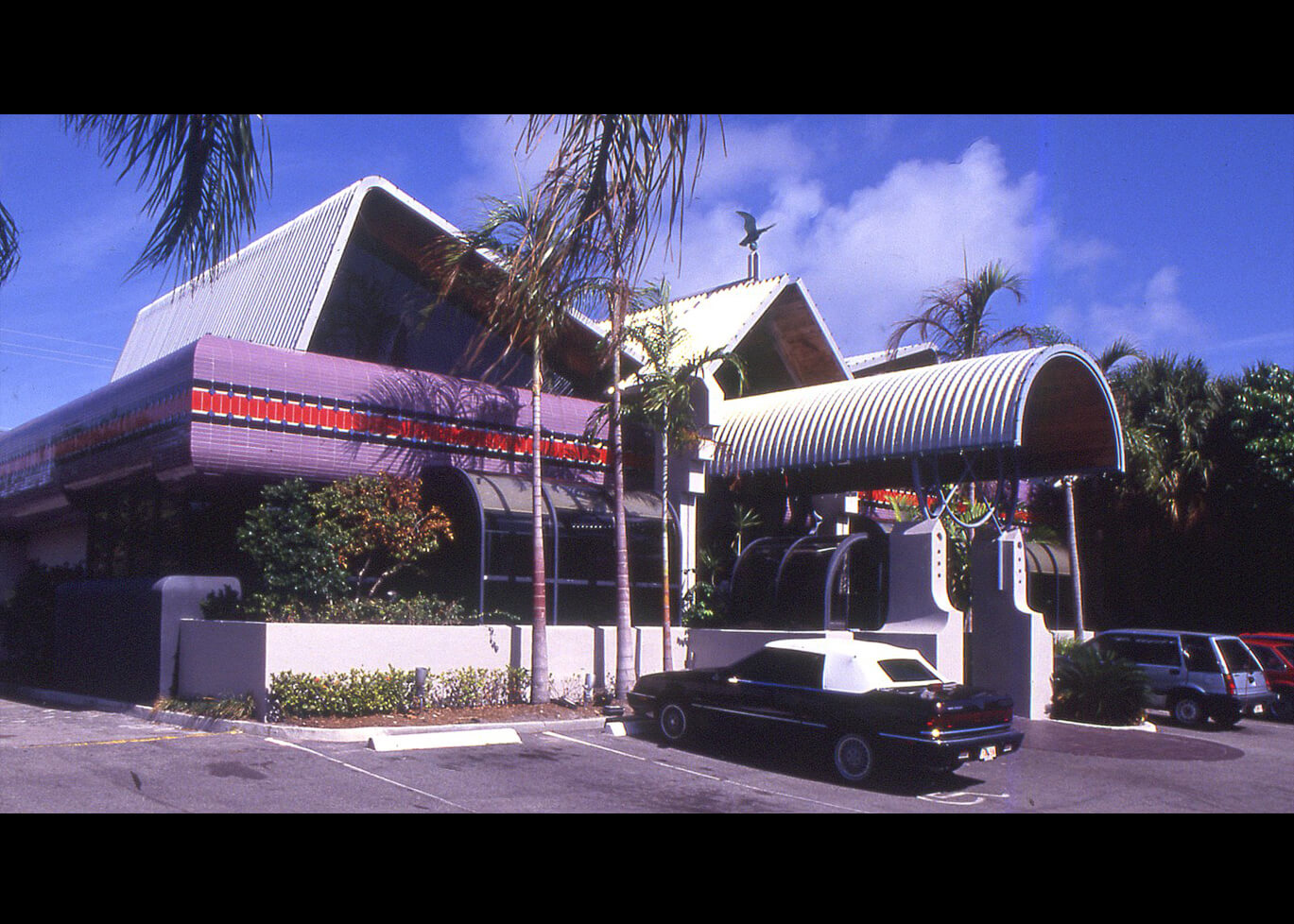 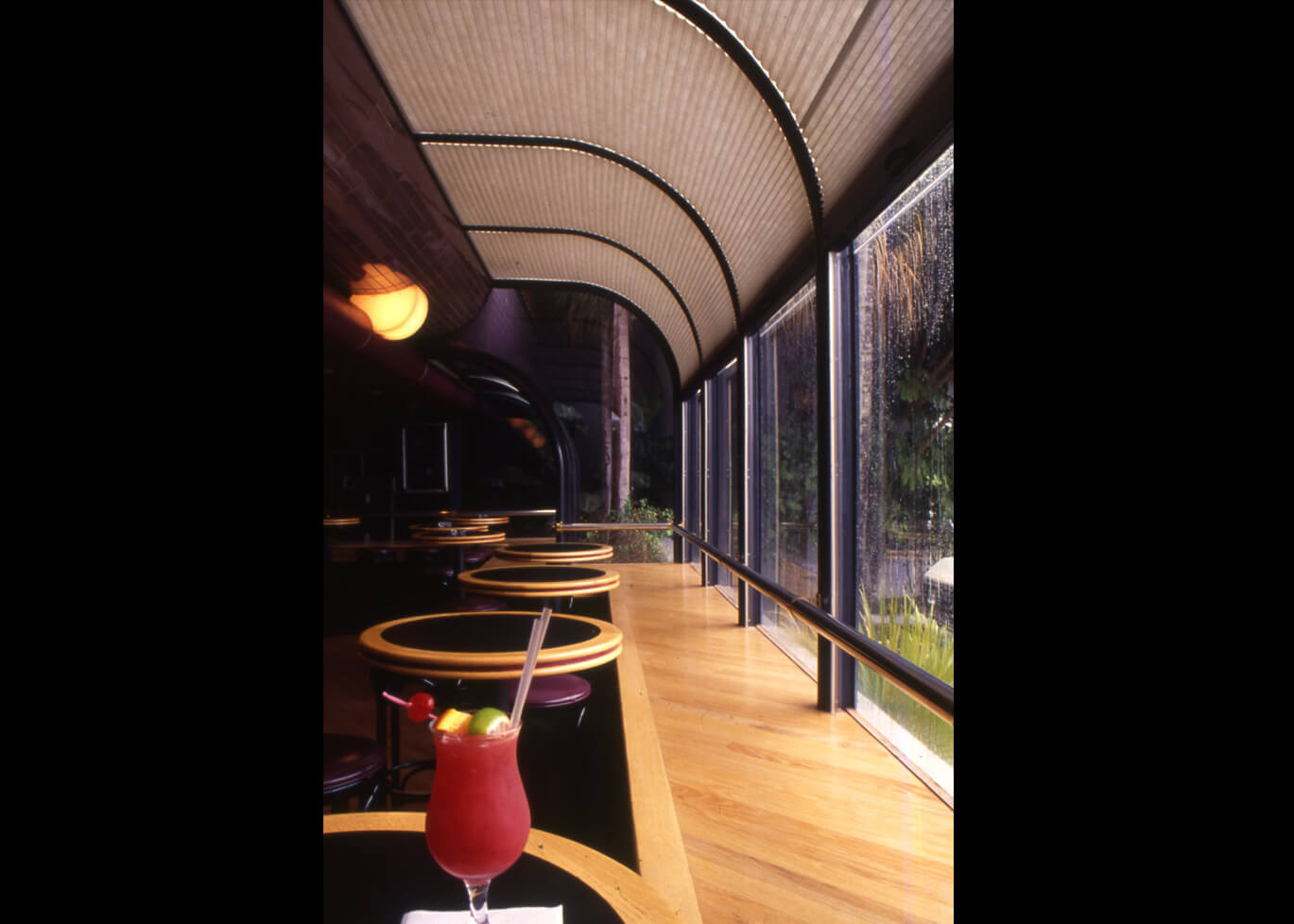 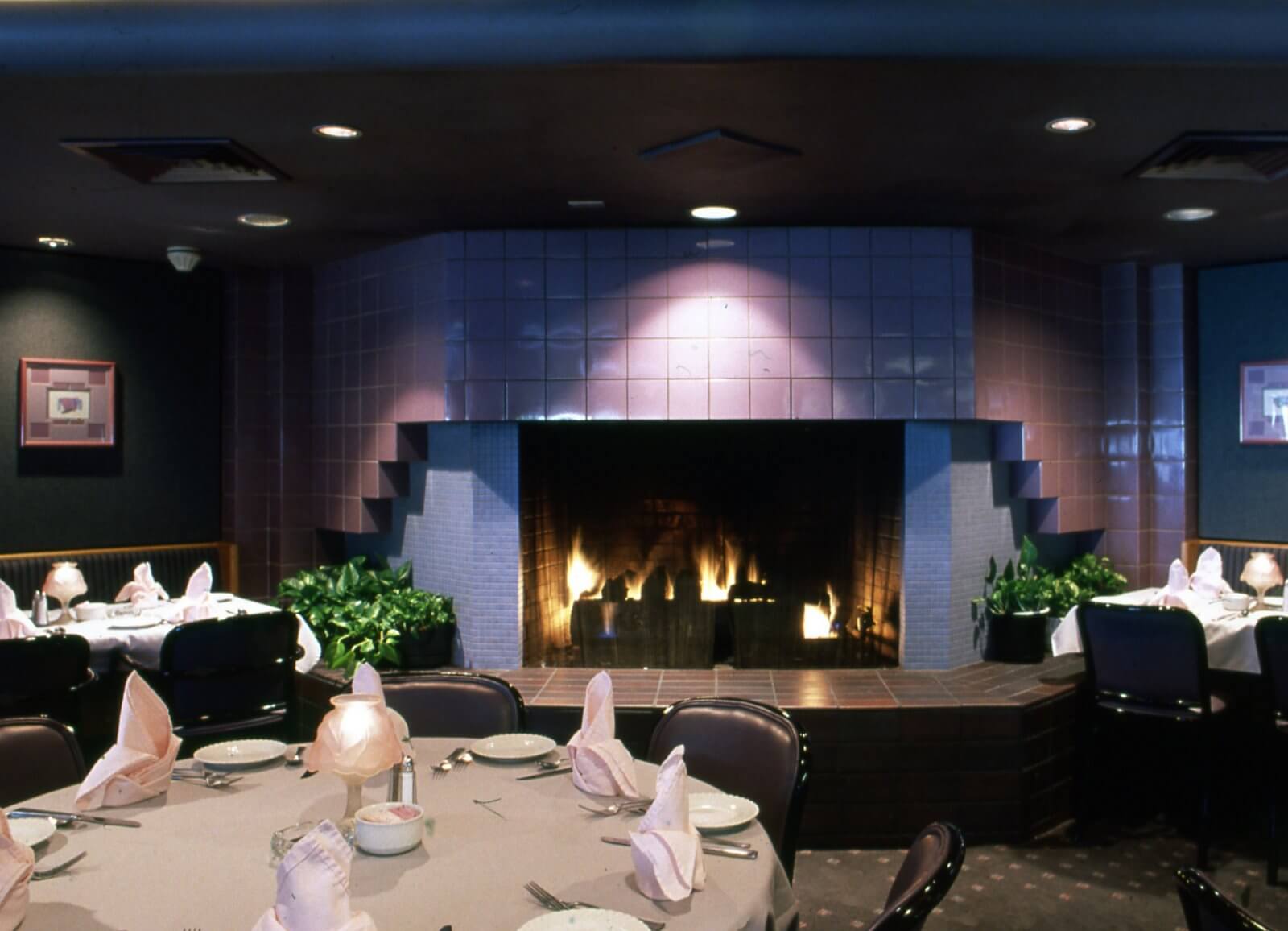 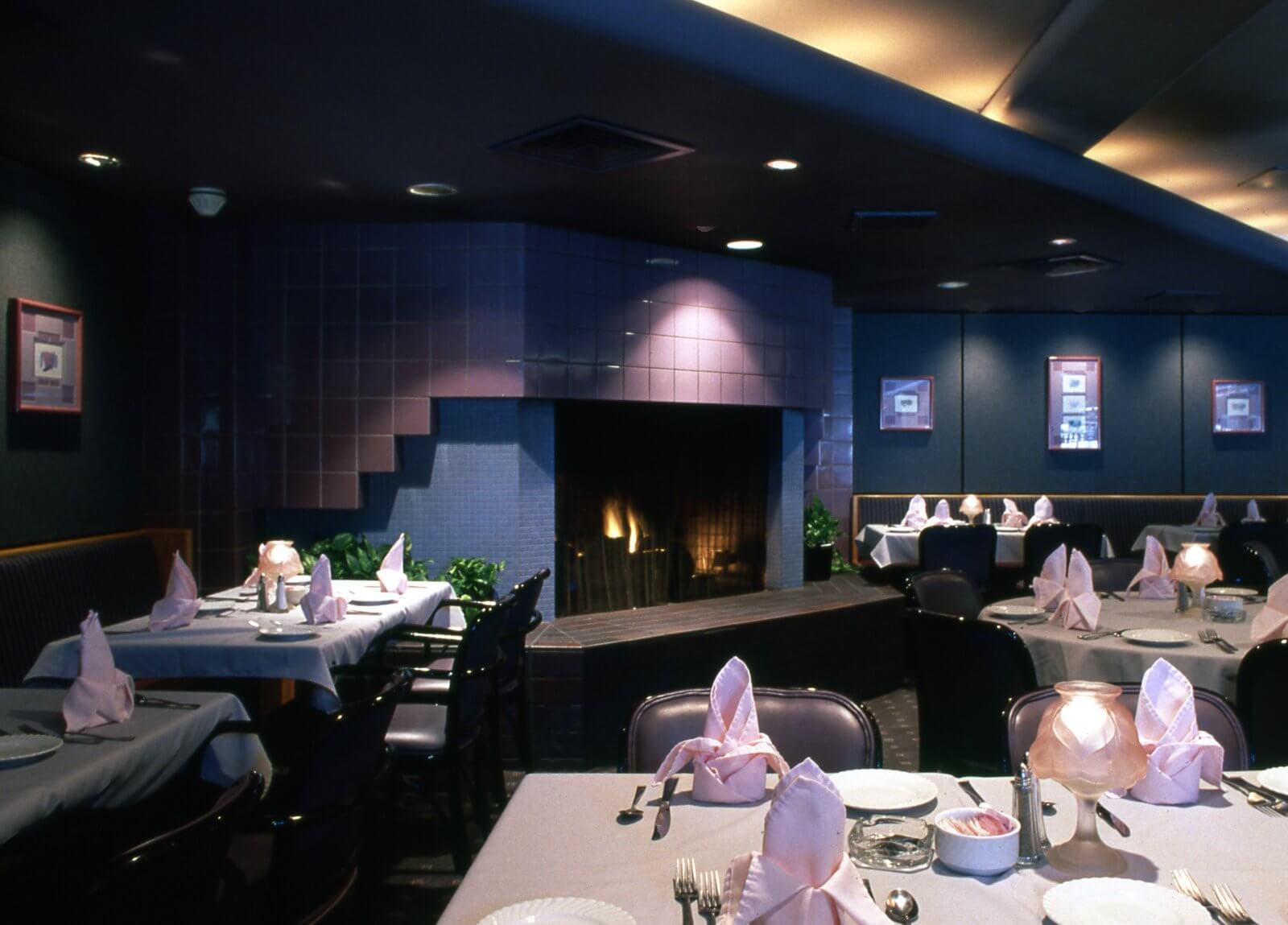 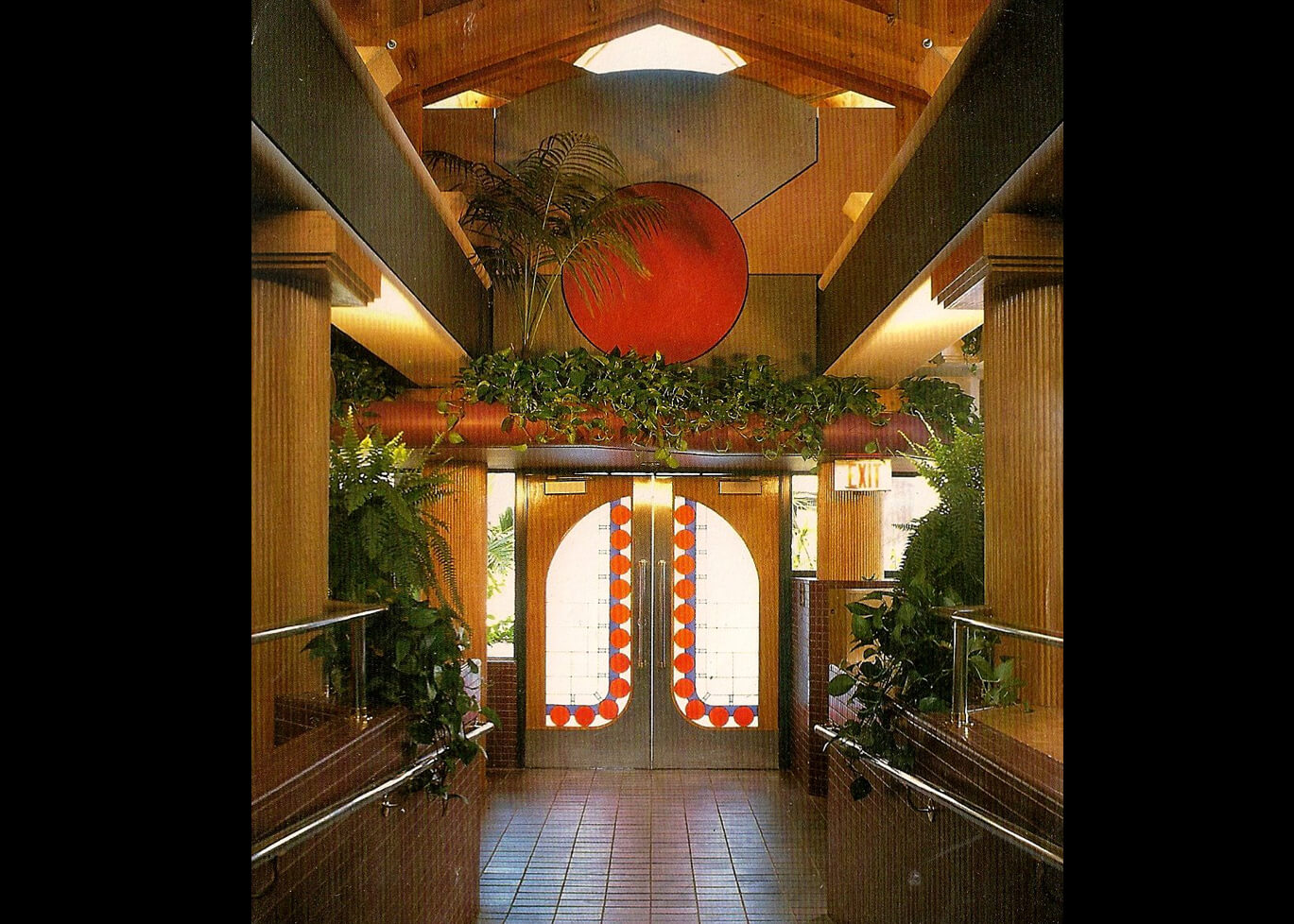 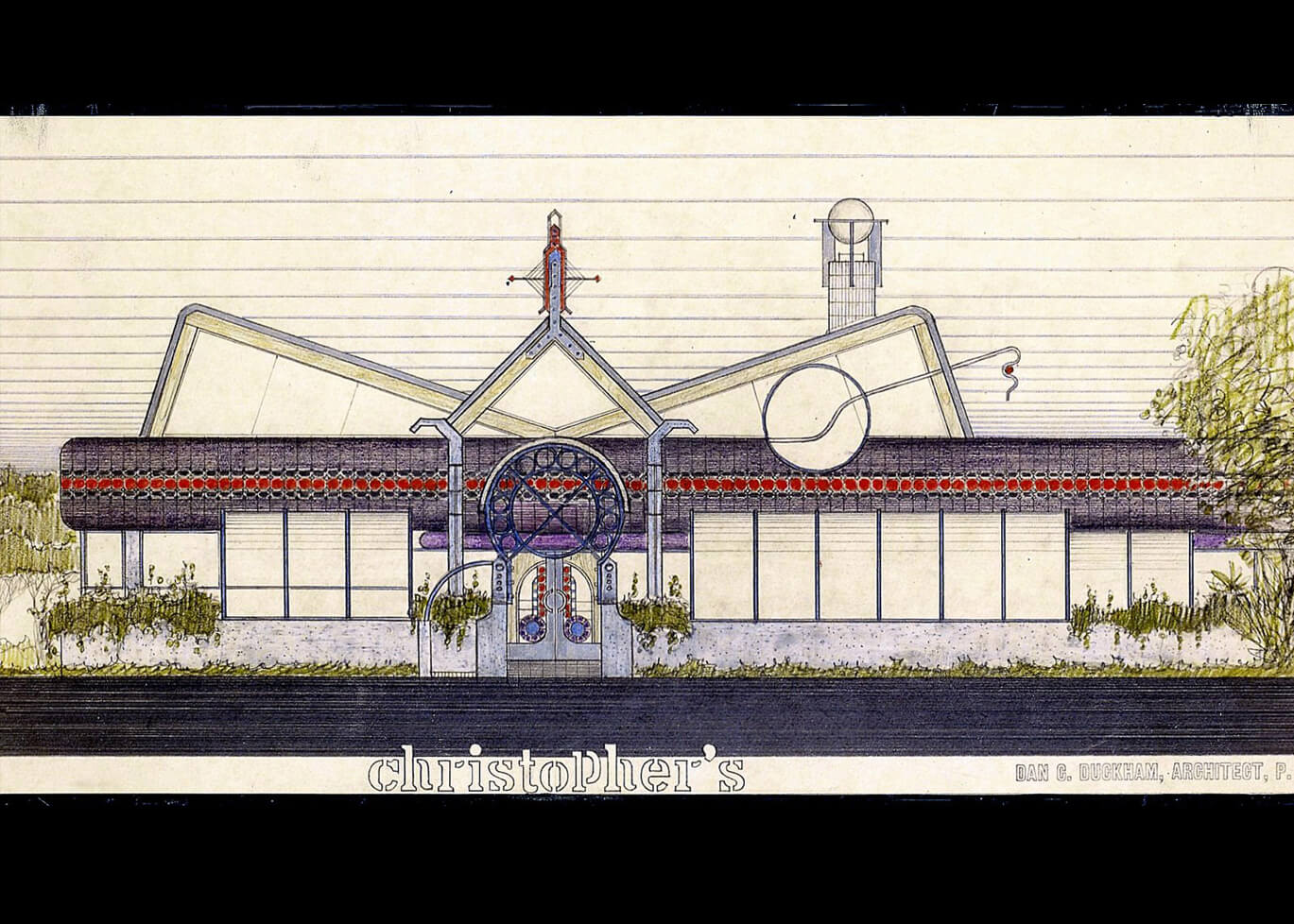 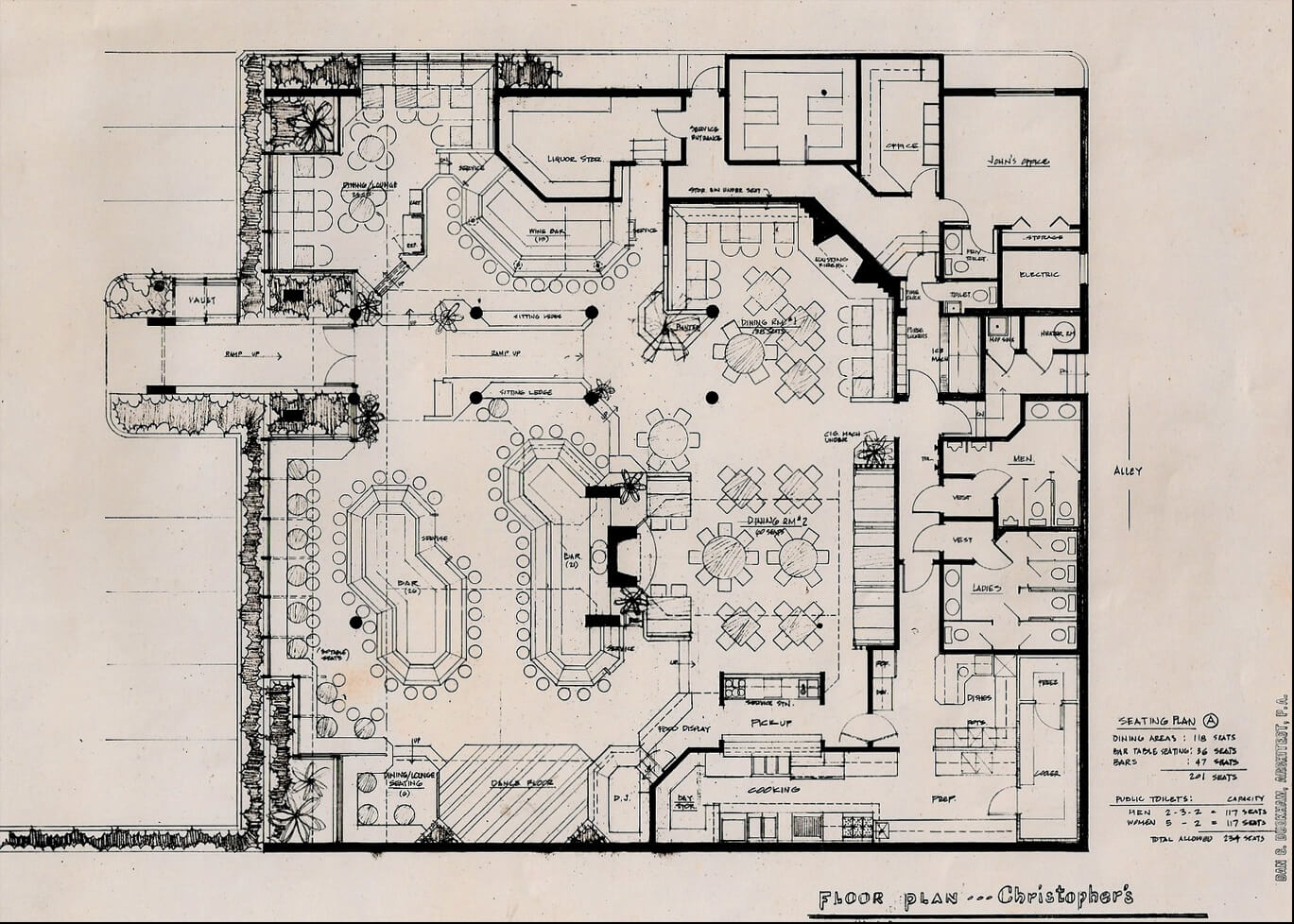