Blues, an entertainment club and restaurant, was built between two sand beach coves on a rocky peninsula. The heavy timber and pole structure is approached across a raised pier, preserving the continuity of the sand beach below and adding to the importance of the small building.

The center bar area is raise three steps above the surrounding narrow area of dining booths, and an entertainer’s platform is suspended from the roof above the bar, accessed by a ladder and pulled up with rope and pulley. Blues and jazz music is the theme and blown up record album covers enliven the timber ceiling. Curasao is close to the equator so it is an open air structure, but operable glass on the windward side protects from the sometimes strong wind. The kitchen is below with it’s own stair access.

BLUESwing is a 20 unit, two story, separate building, built on a peninsula consisting entirely of huge boulders. It is accessed by a boardwalk across the sand from the lobby, restaurants and other building of traditional Dutch architecture. It is adjacent to the Octagon Museum, an historic building where Simon Bolivar visited his sister while fighting in Venezuela which is only 35 miles away.

BLUESwing is constructed entirely of pressure treated Pine due to the prevalence of termites in Curasao. The saw toothed floor plan allows for private diagonal views toward the sea. Each unit has a private balcony, kitchen and Jacuzzi. The “tower” stairway towards the ocean is often used for private dinners on the highest deck level. 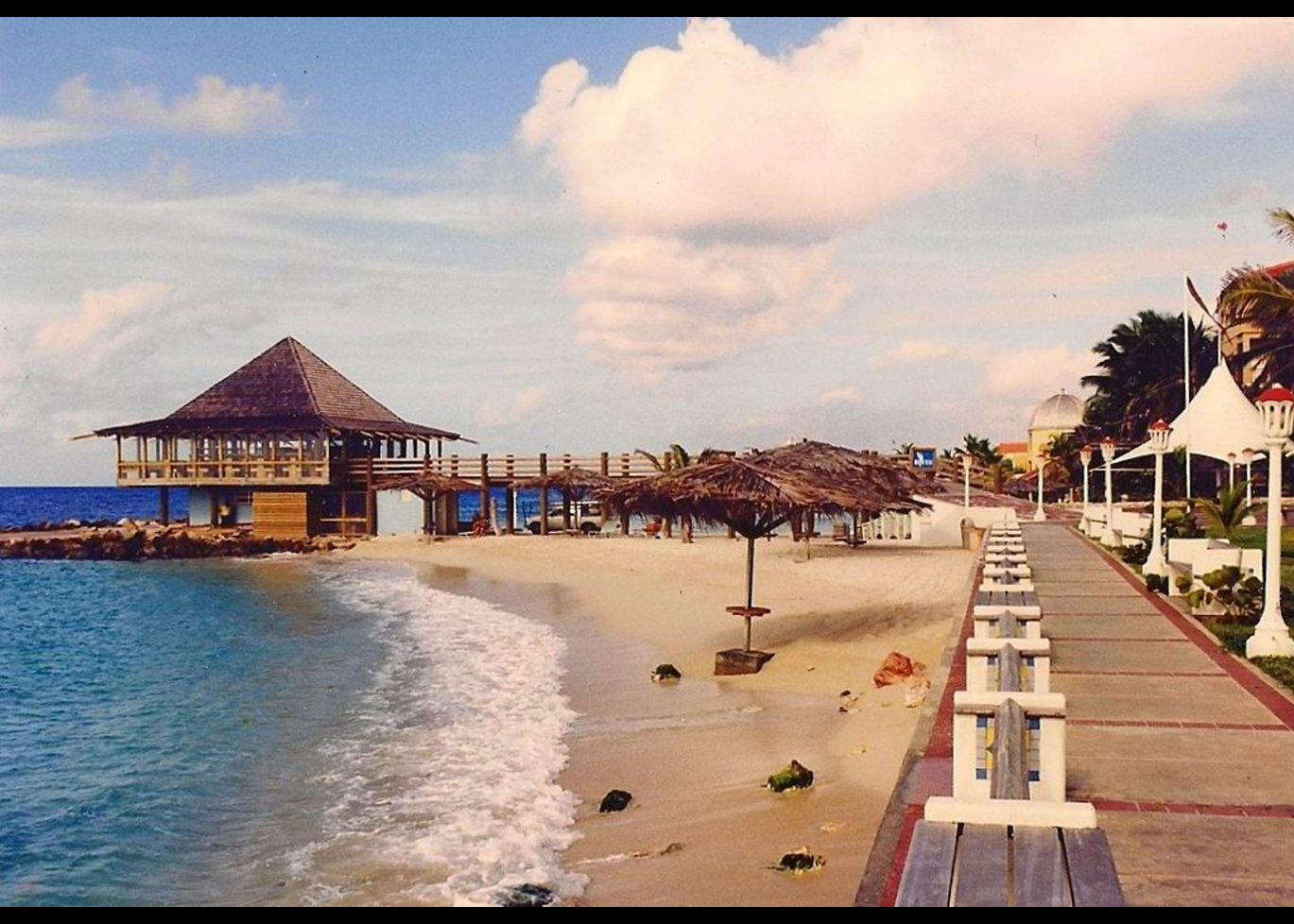 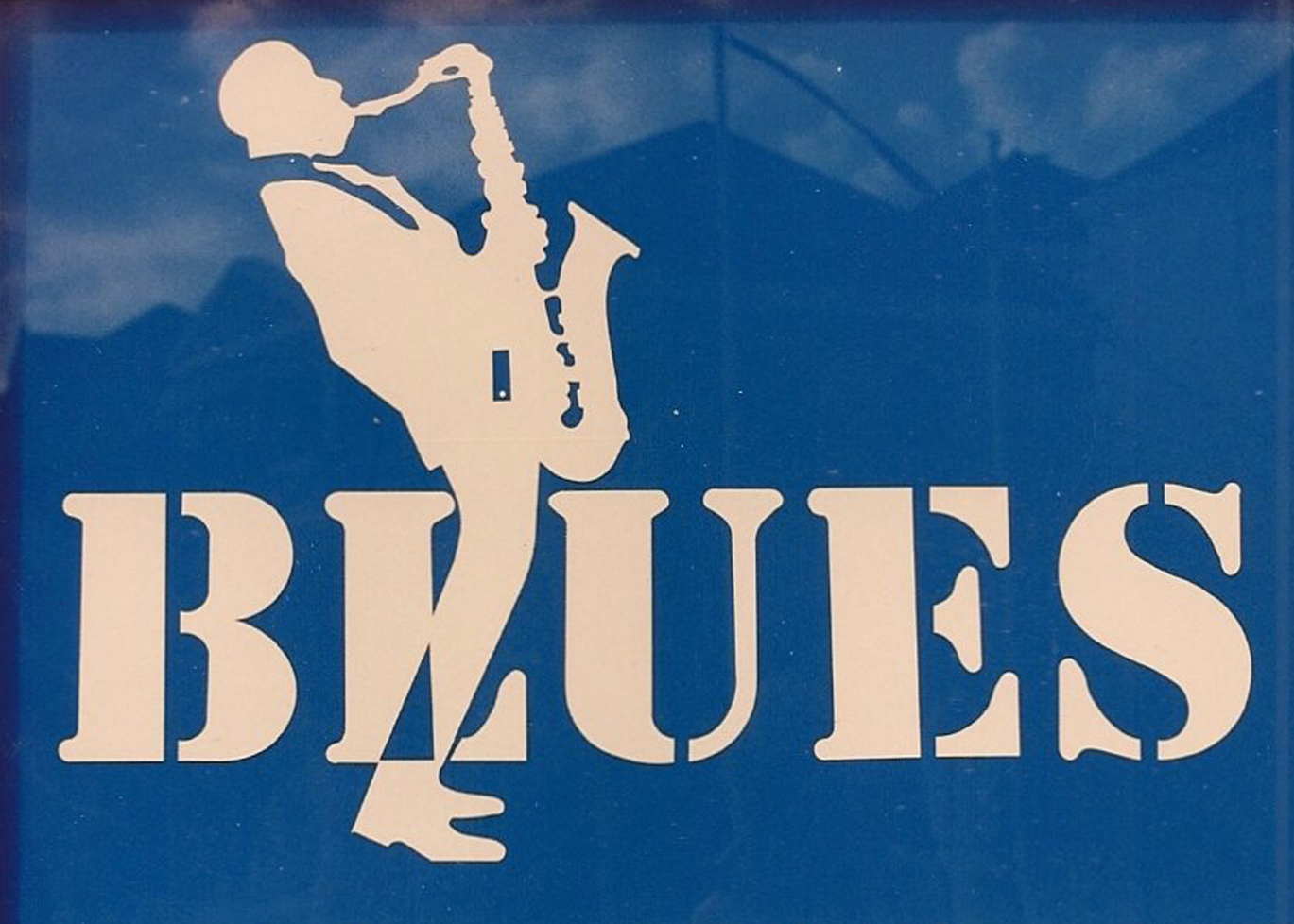 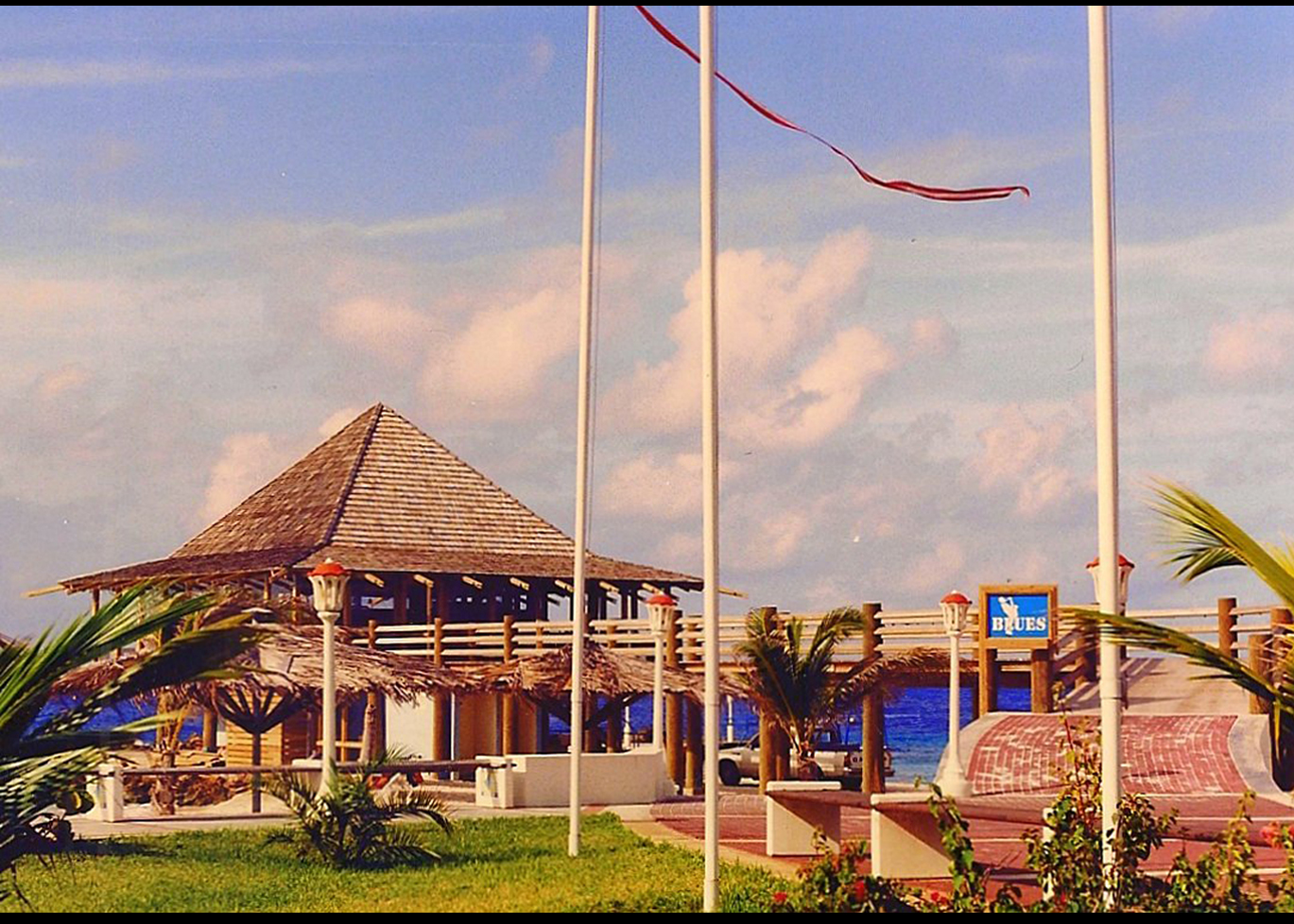 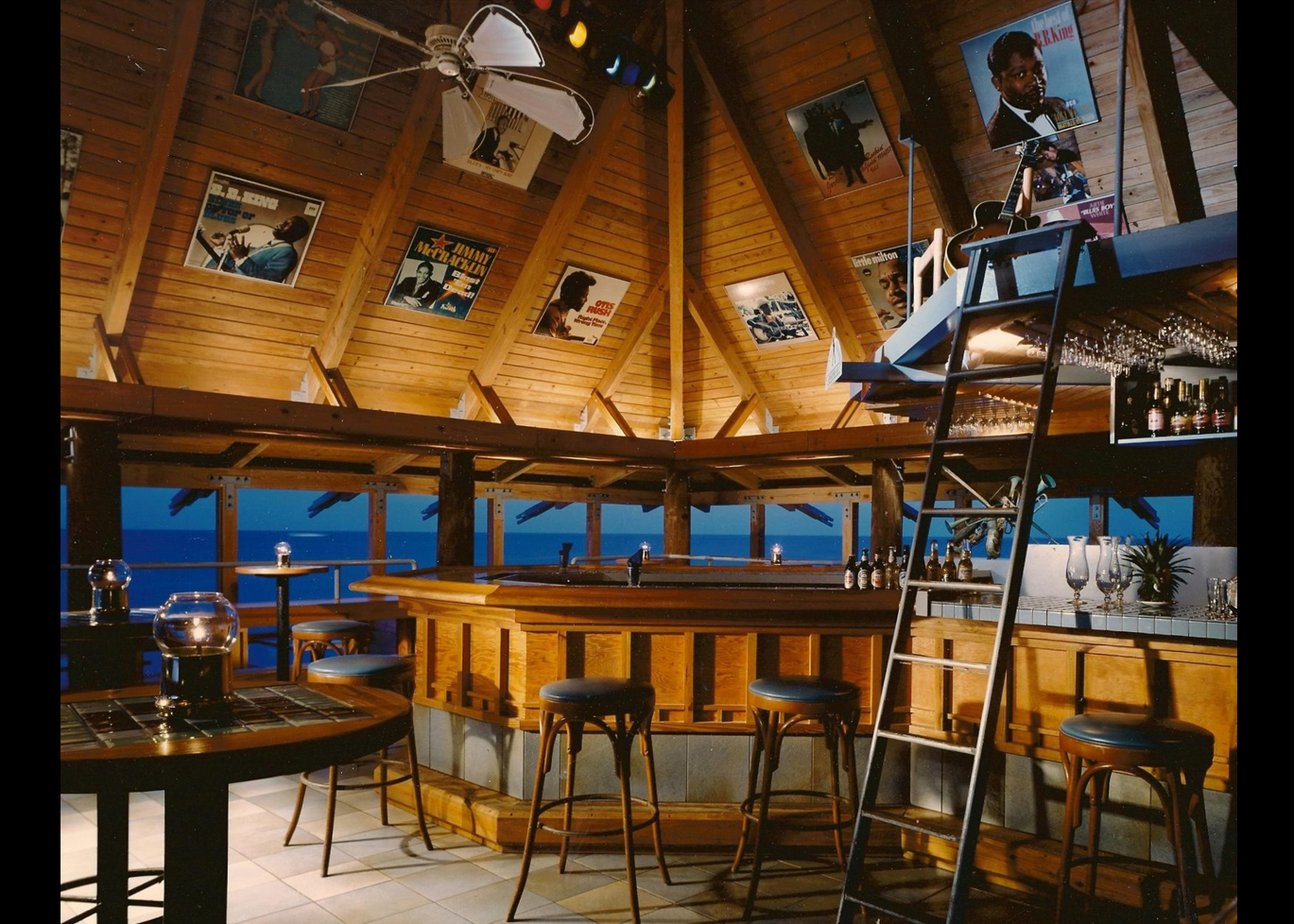 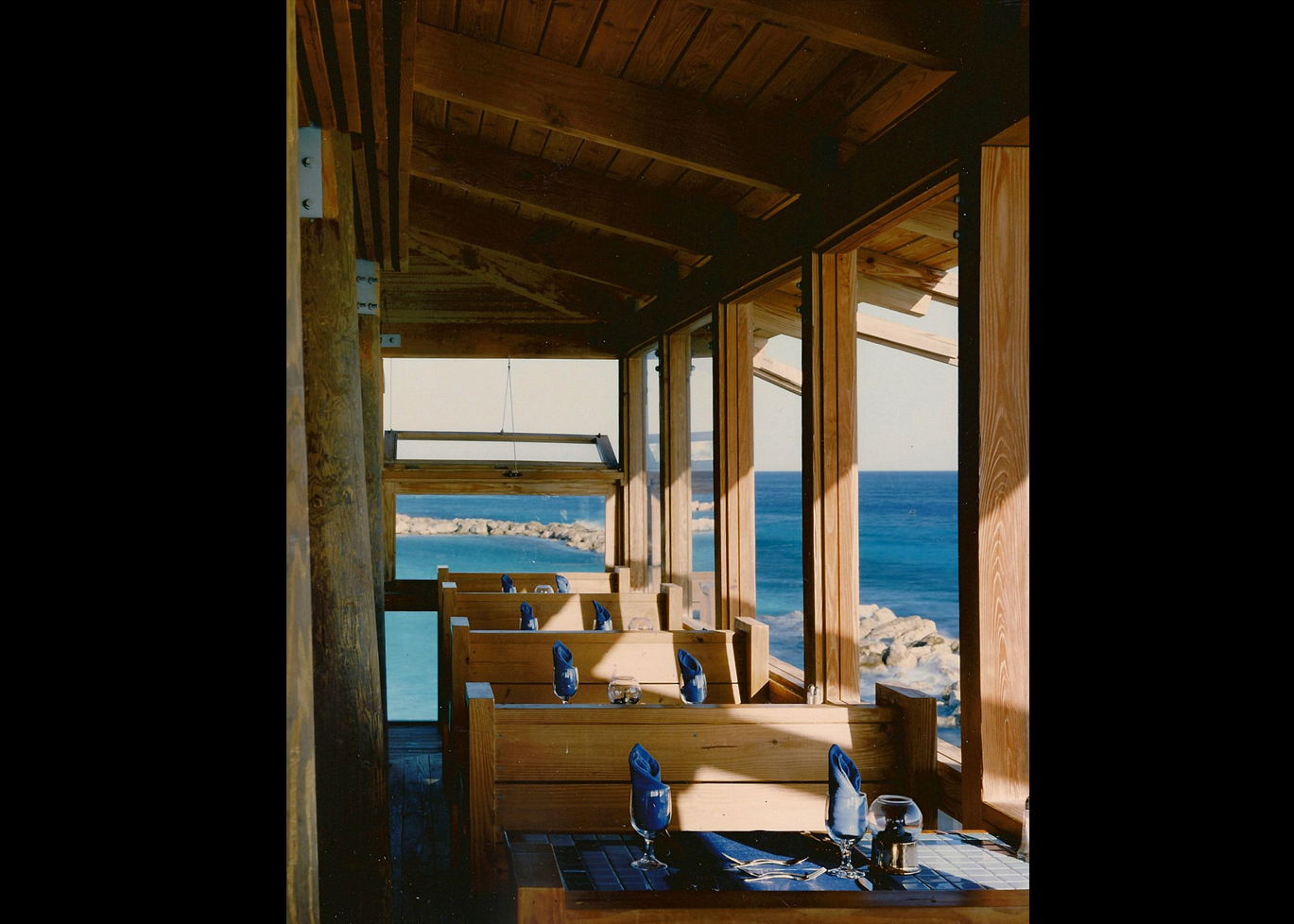 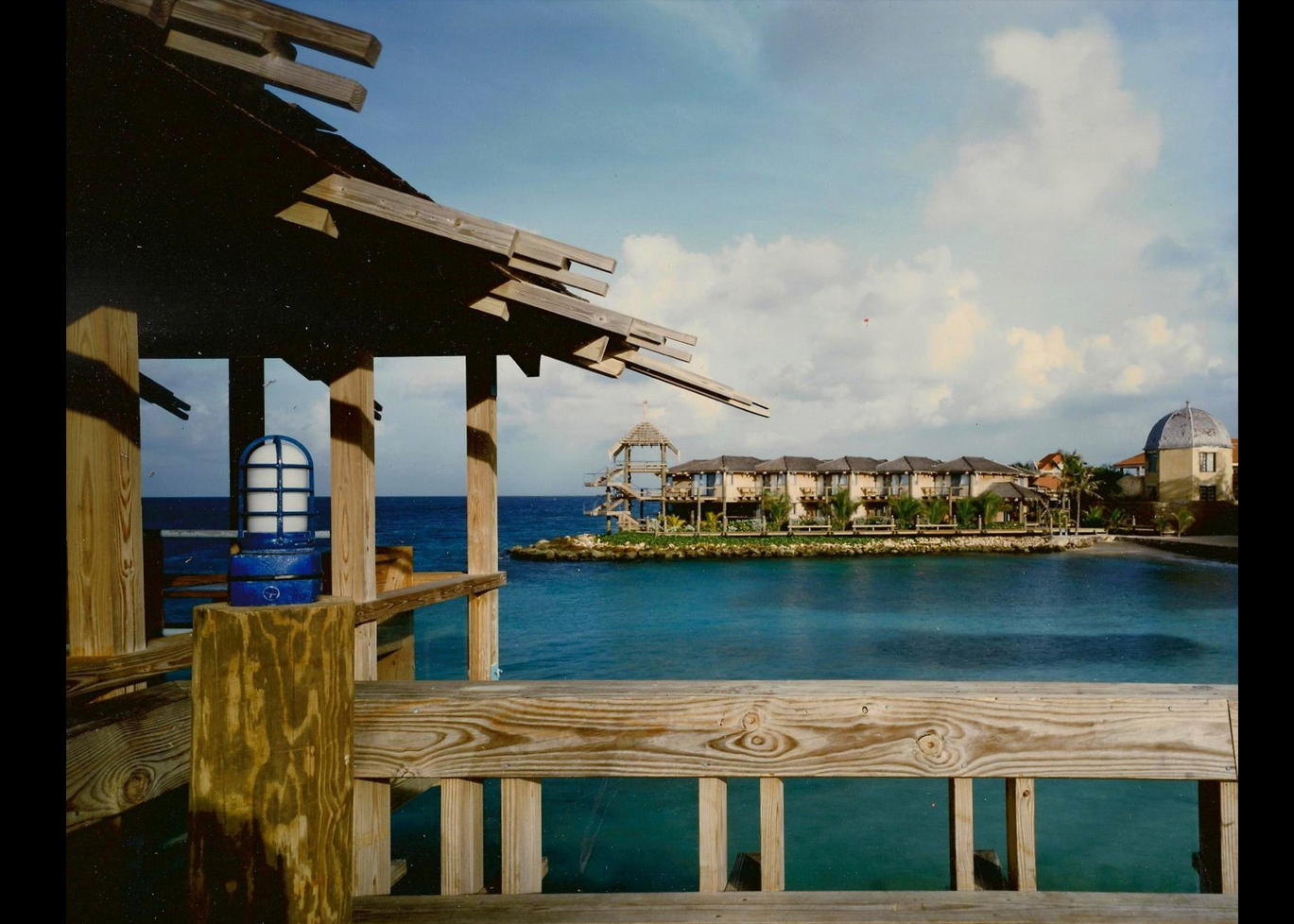 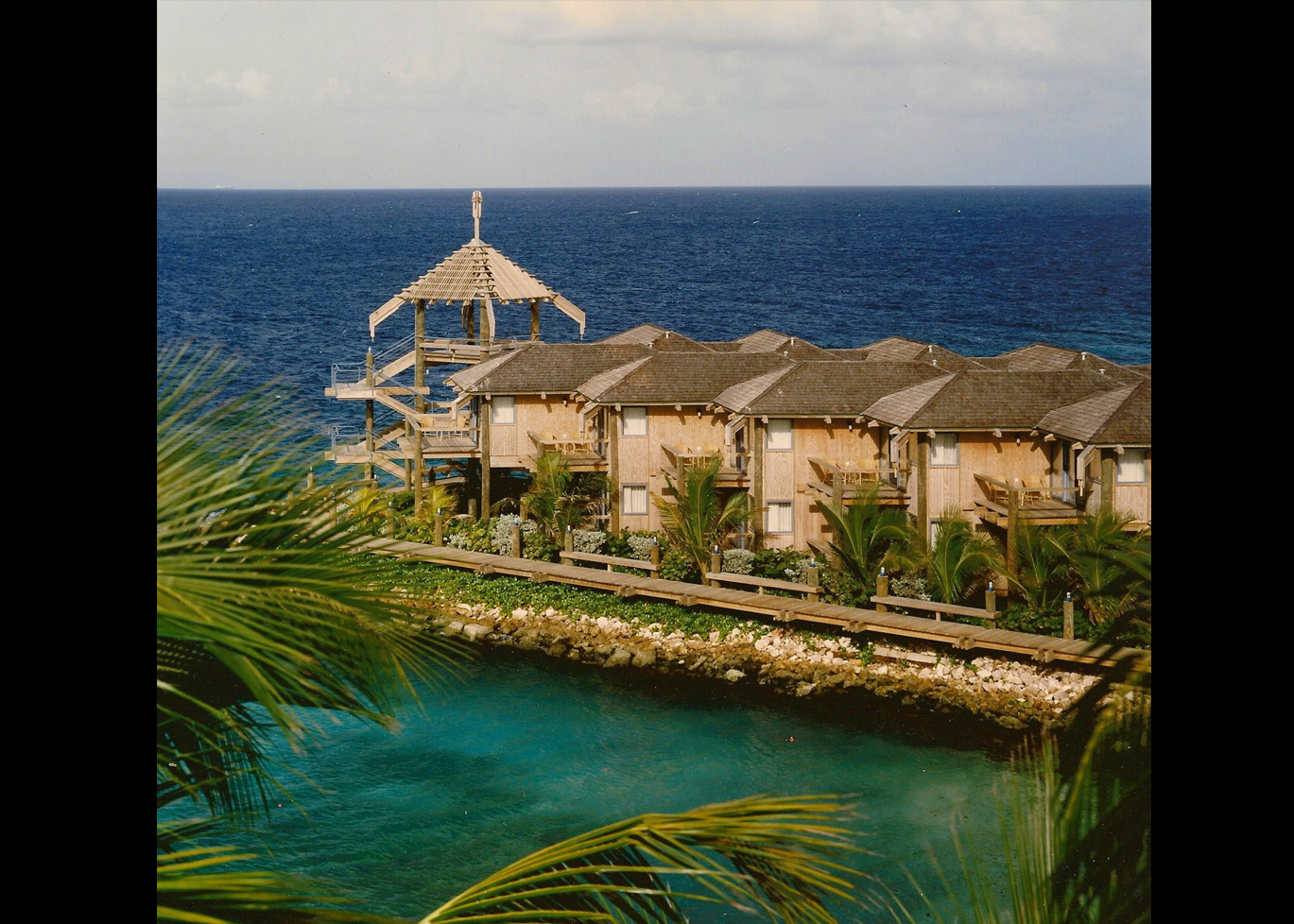 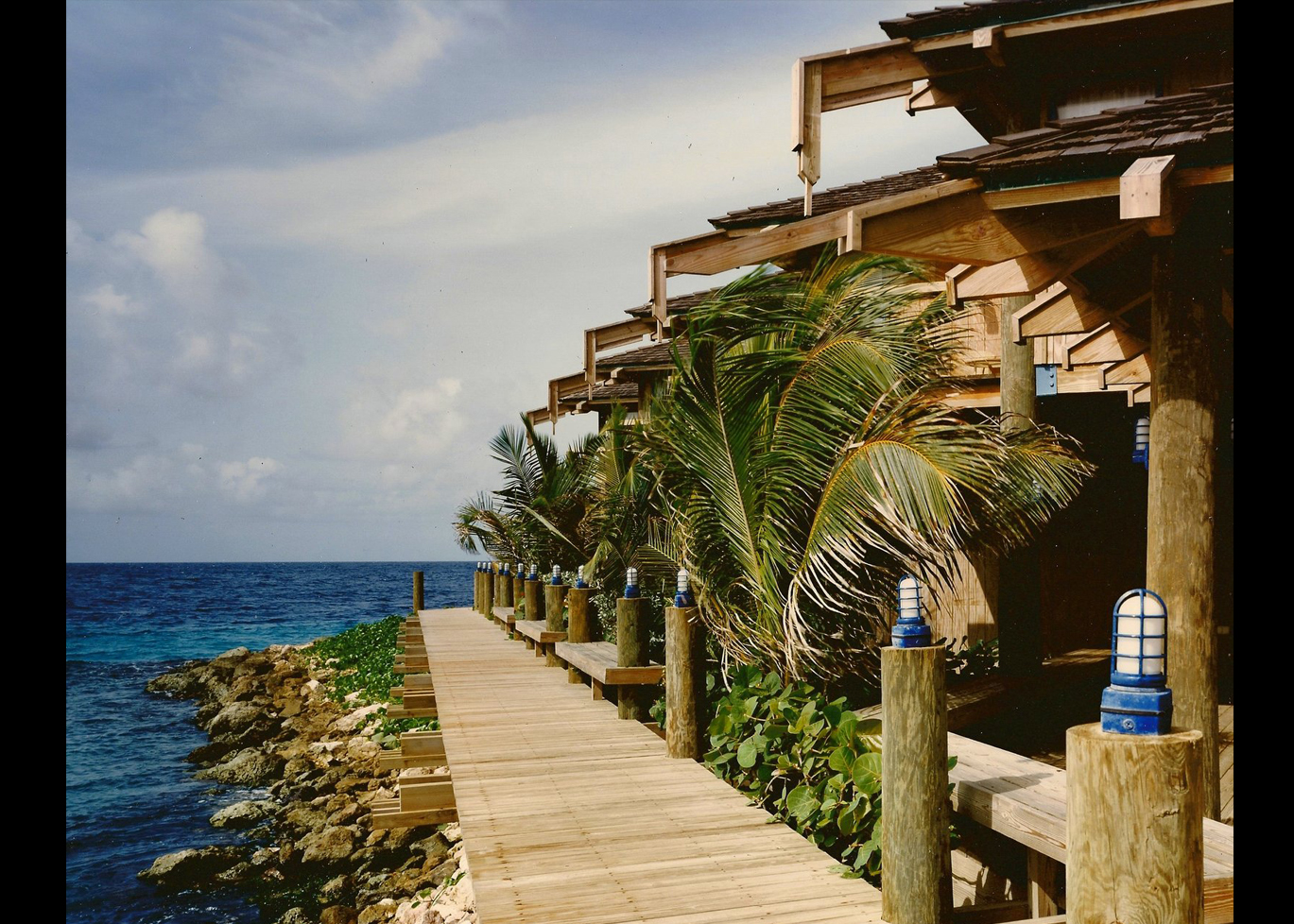 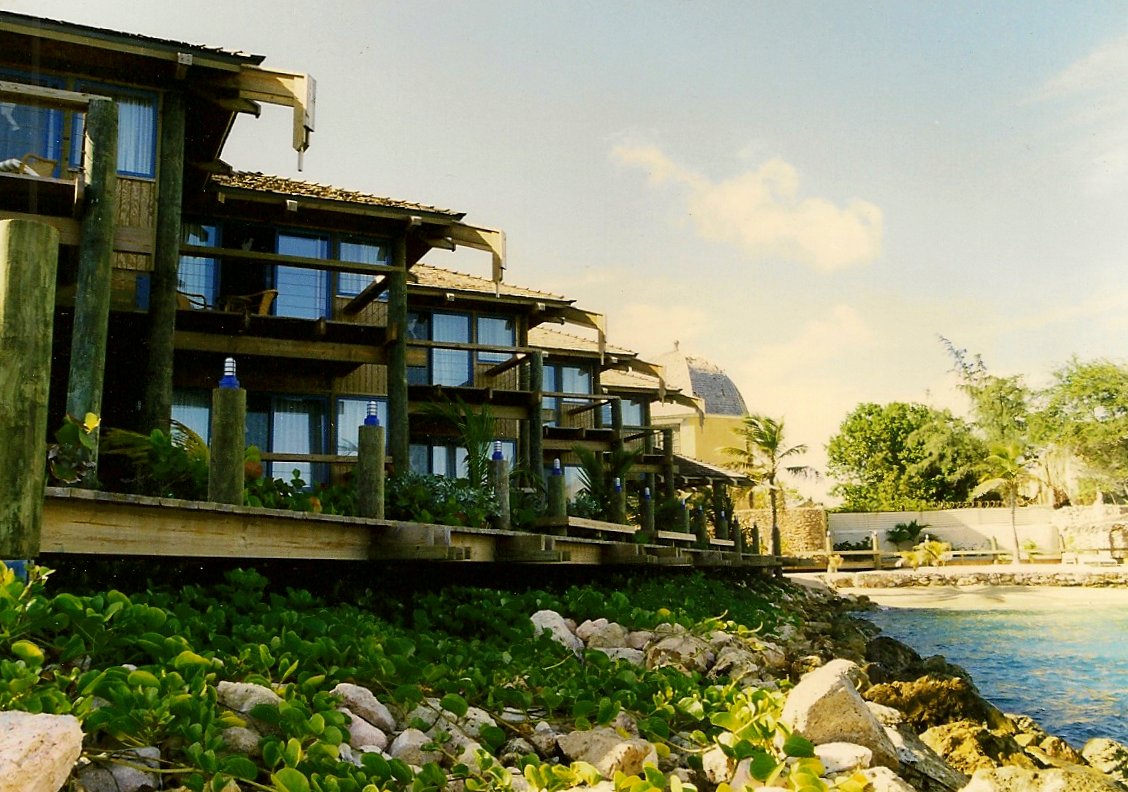 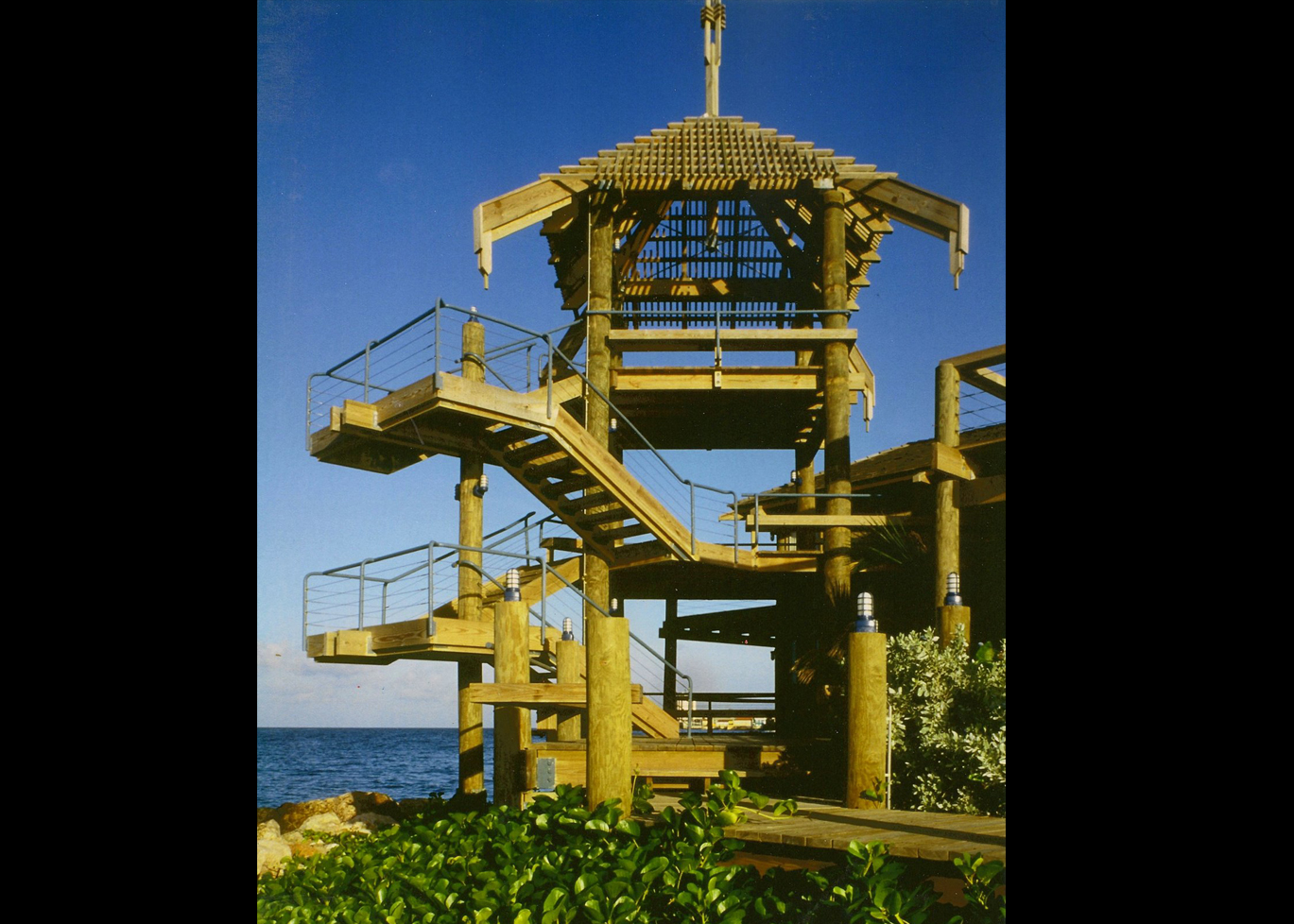 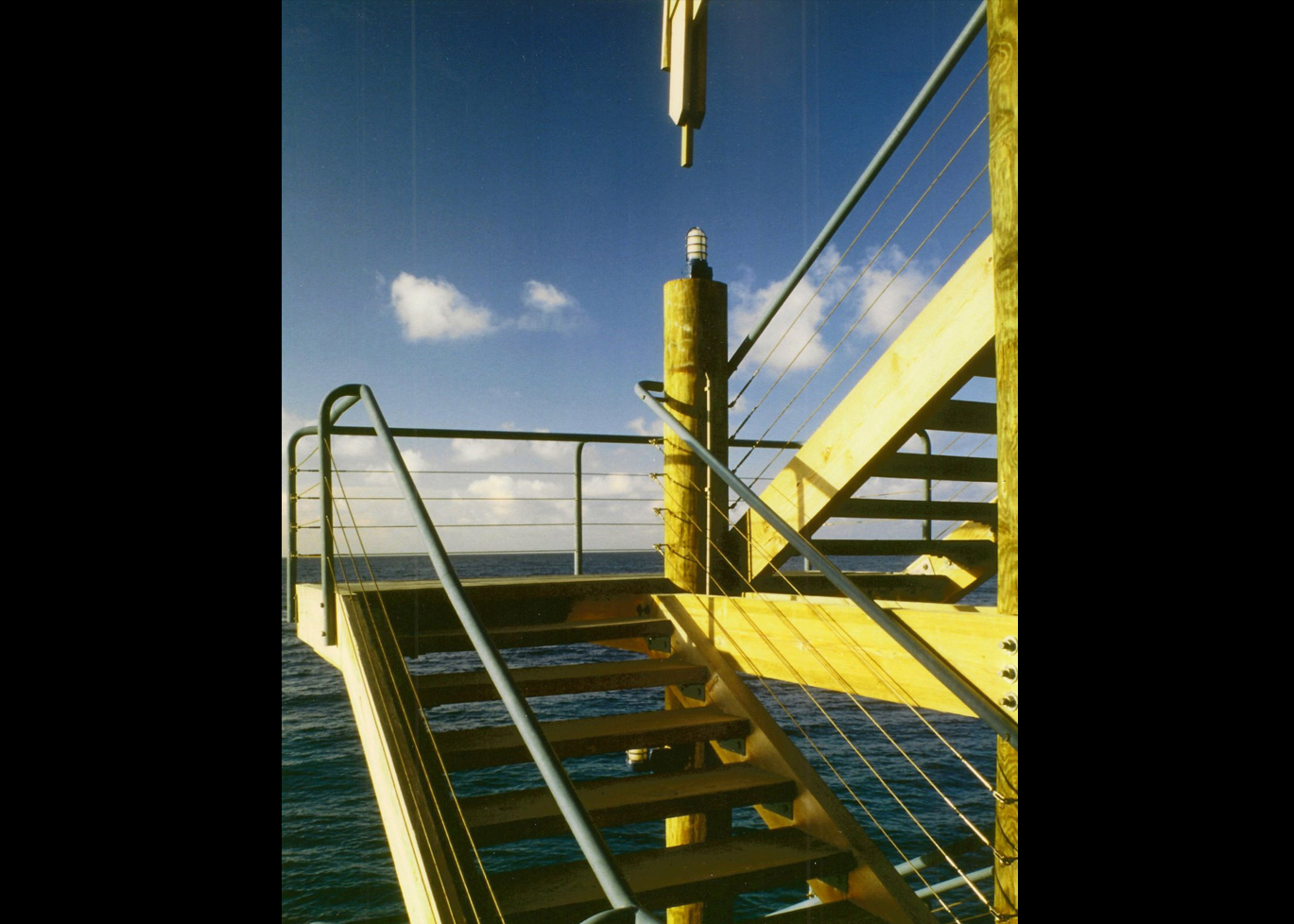 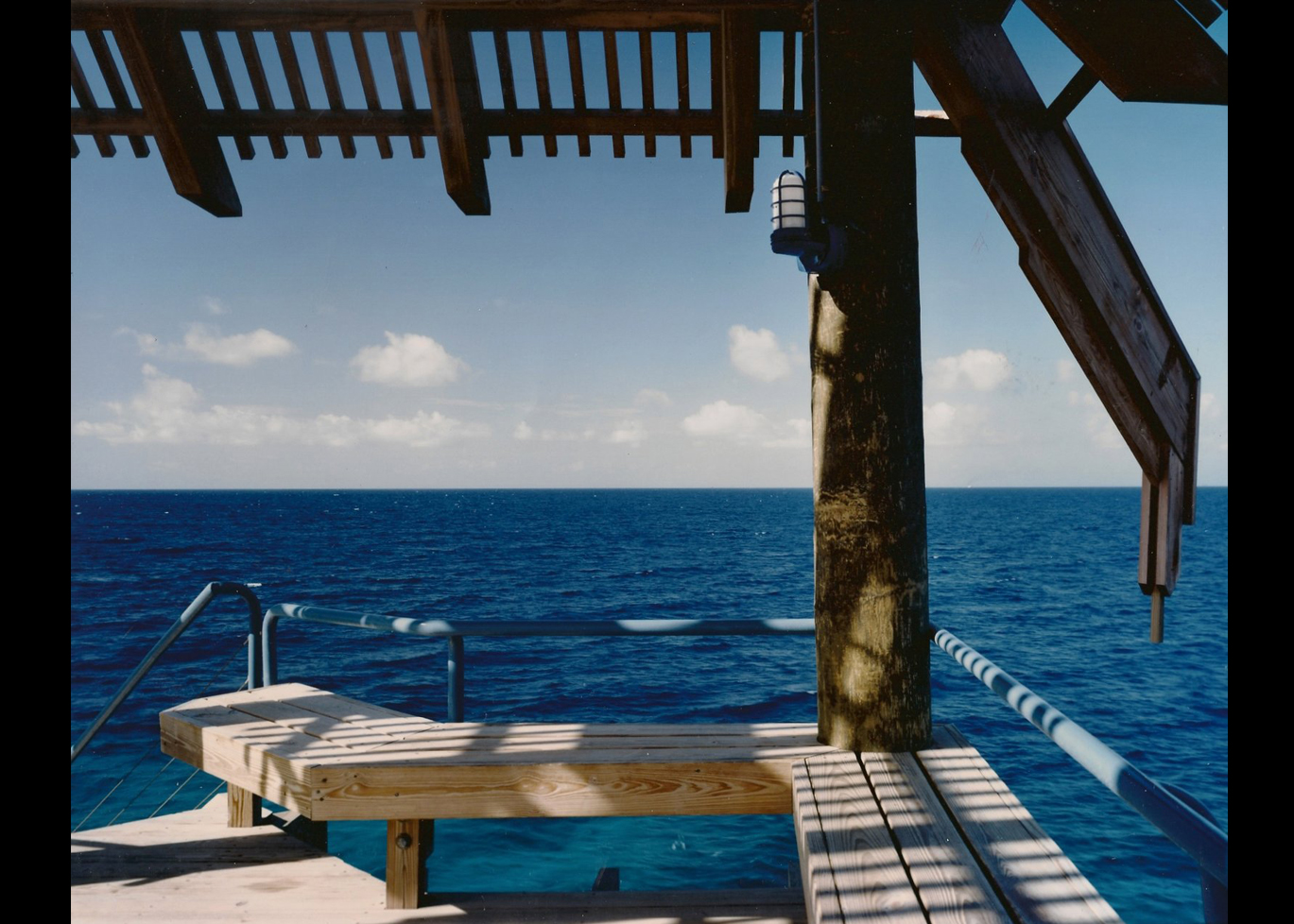 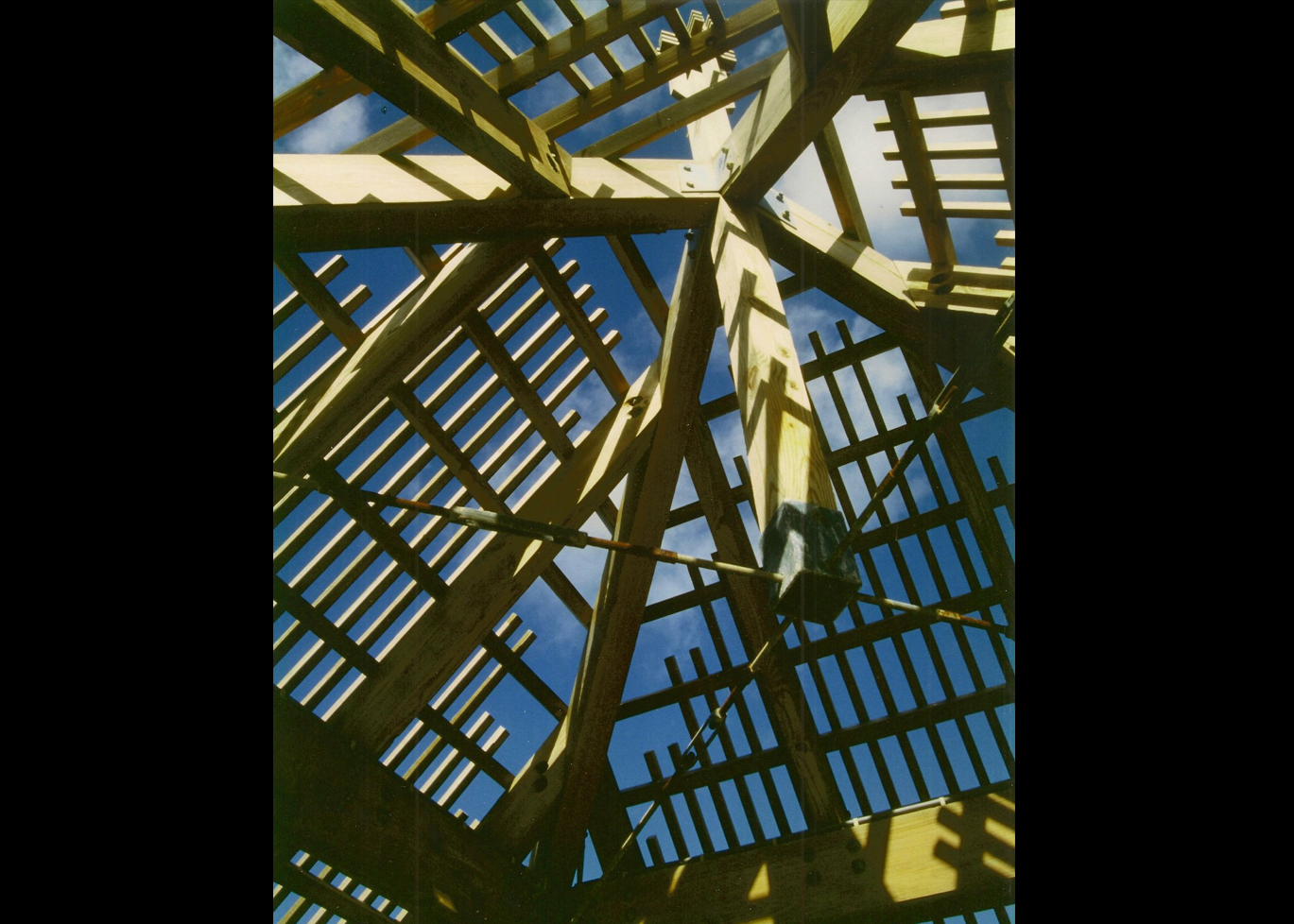 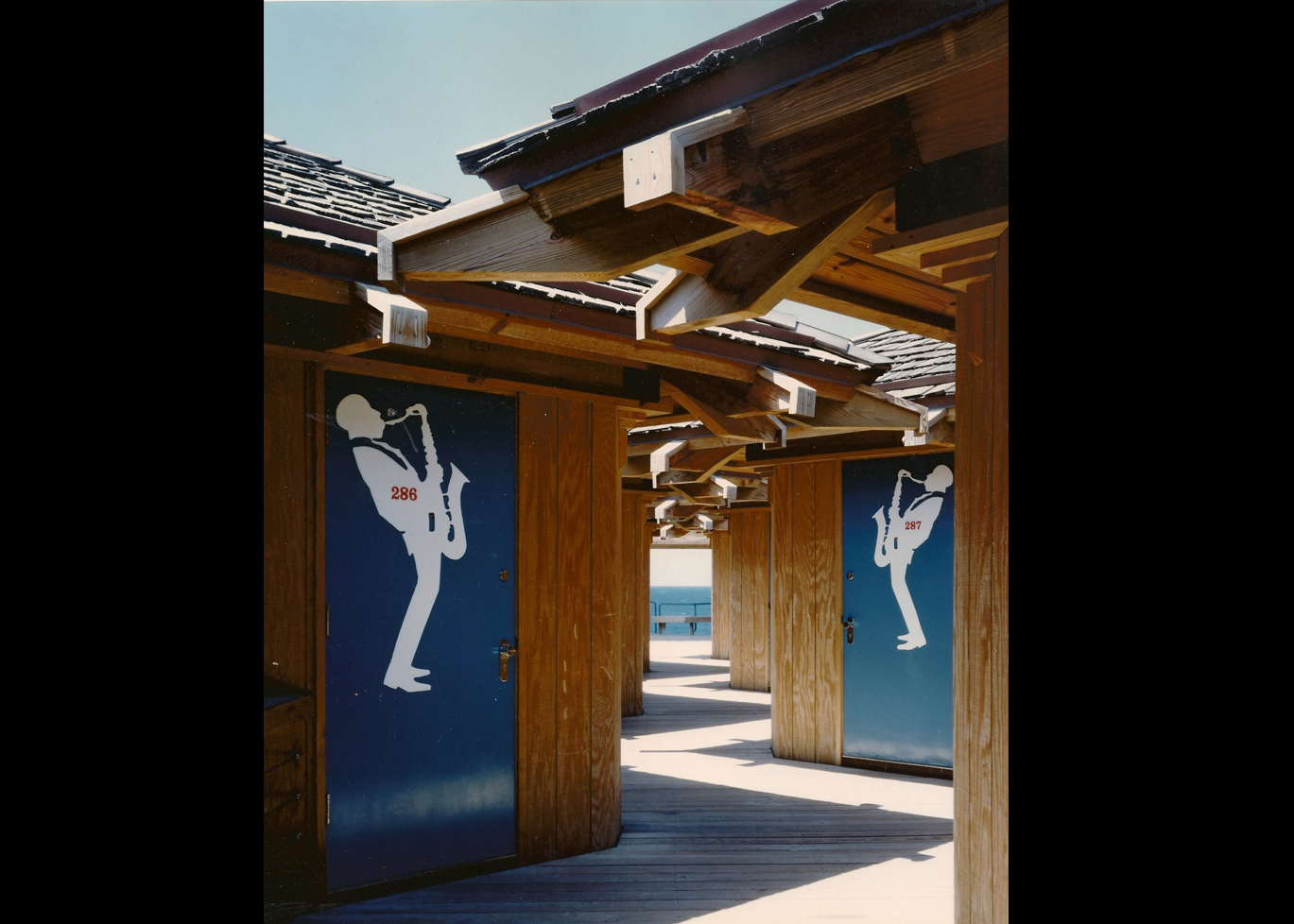 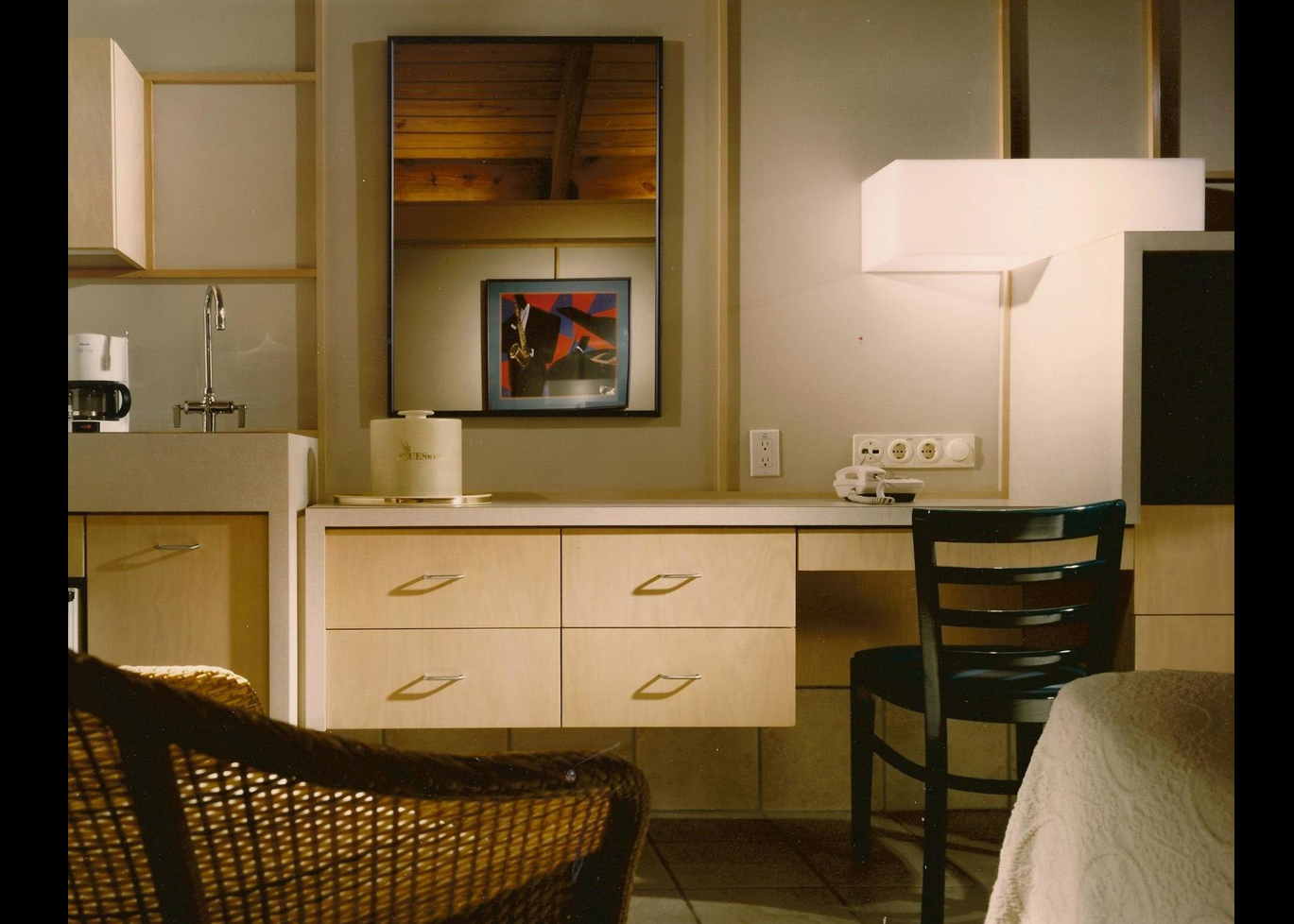 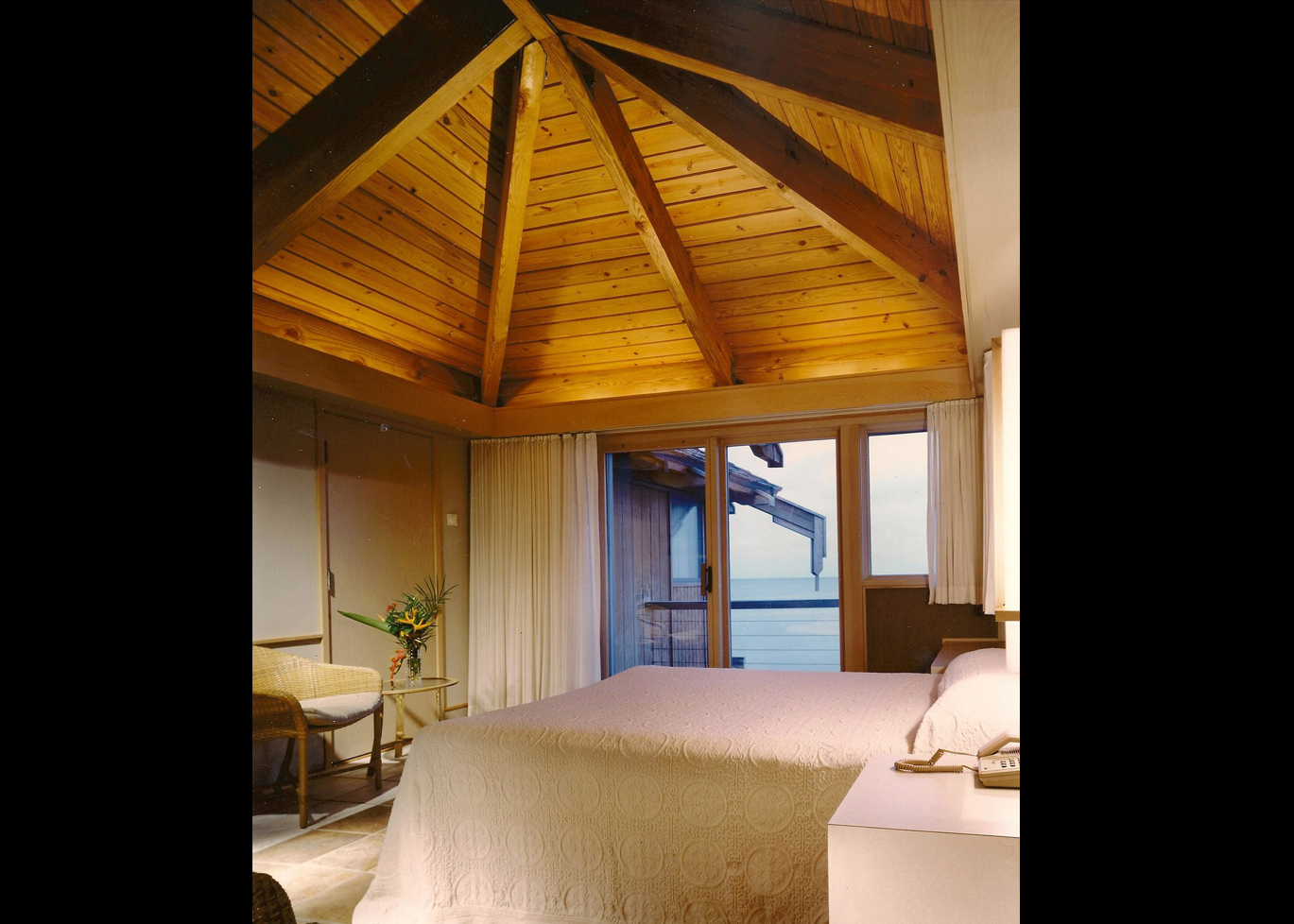 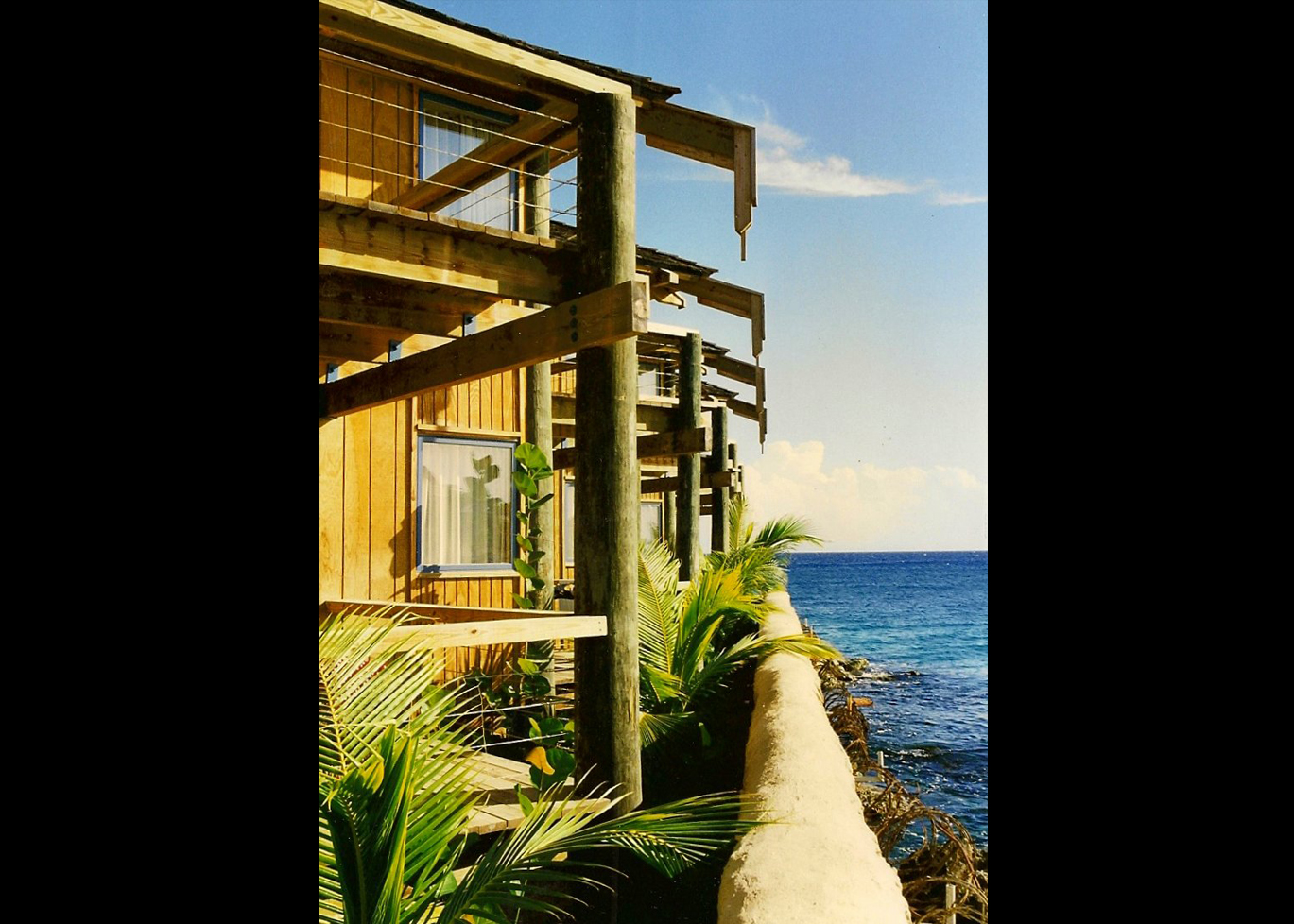 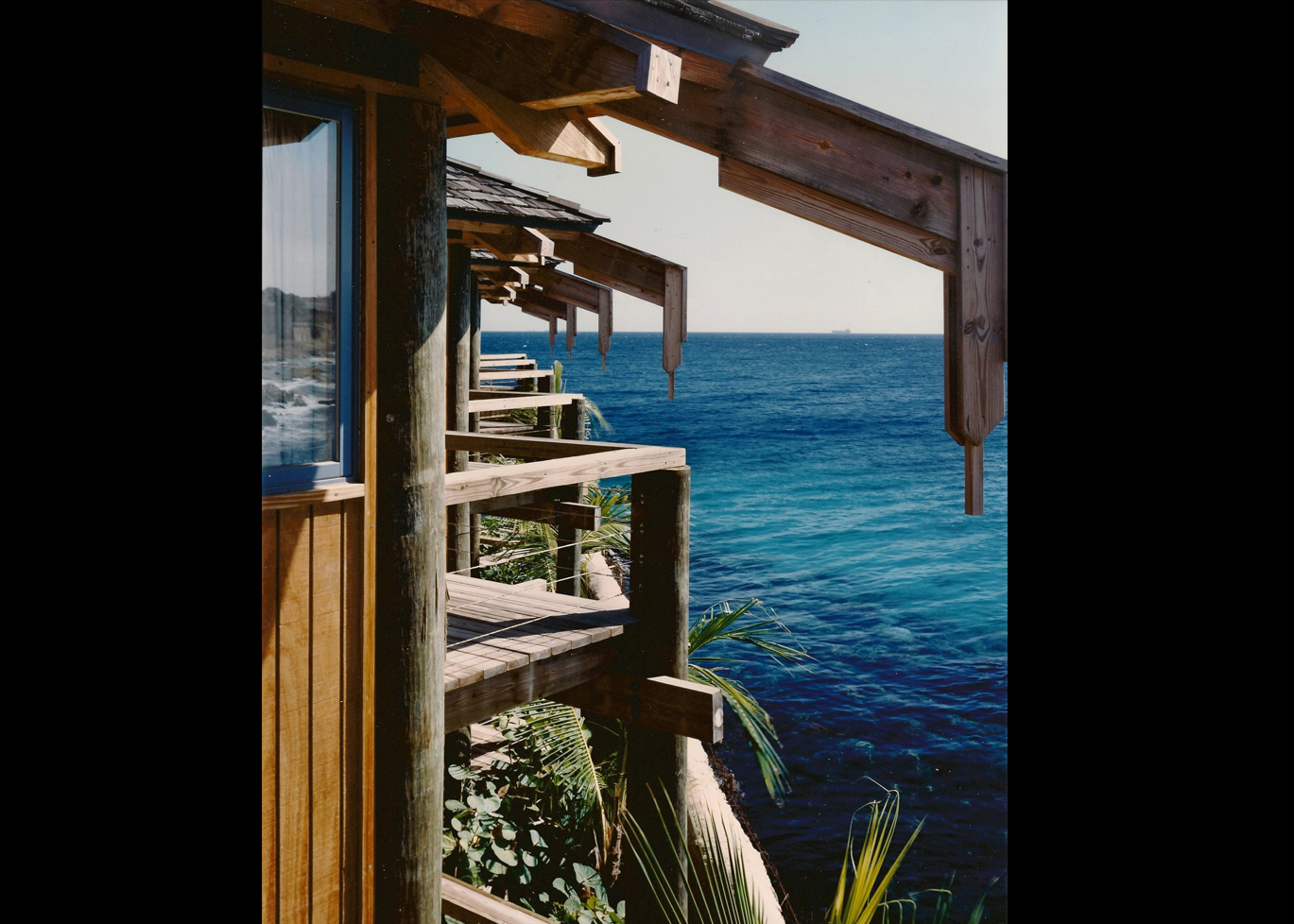 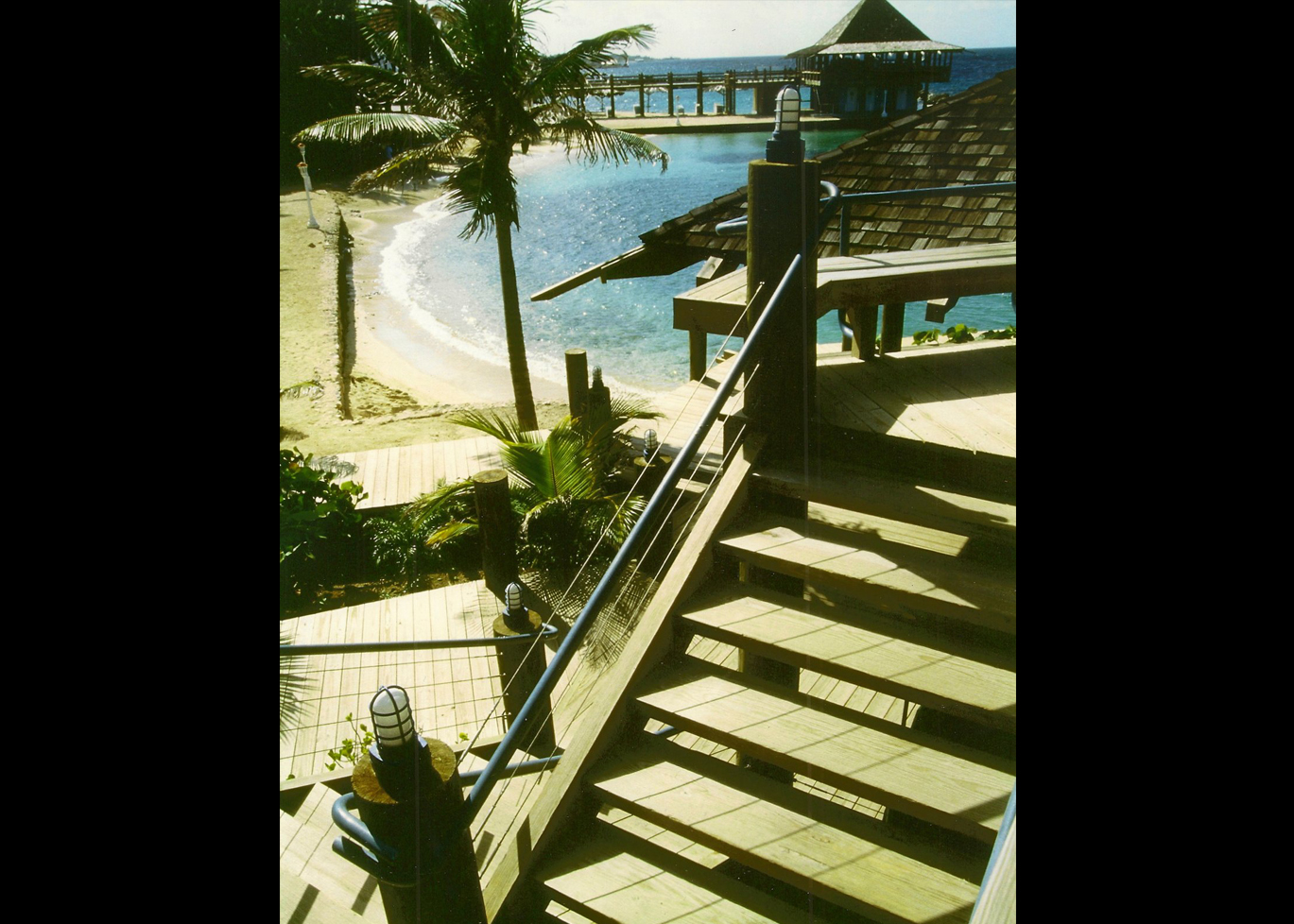 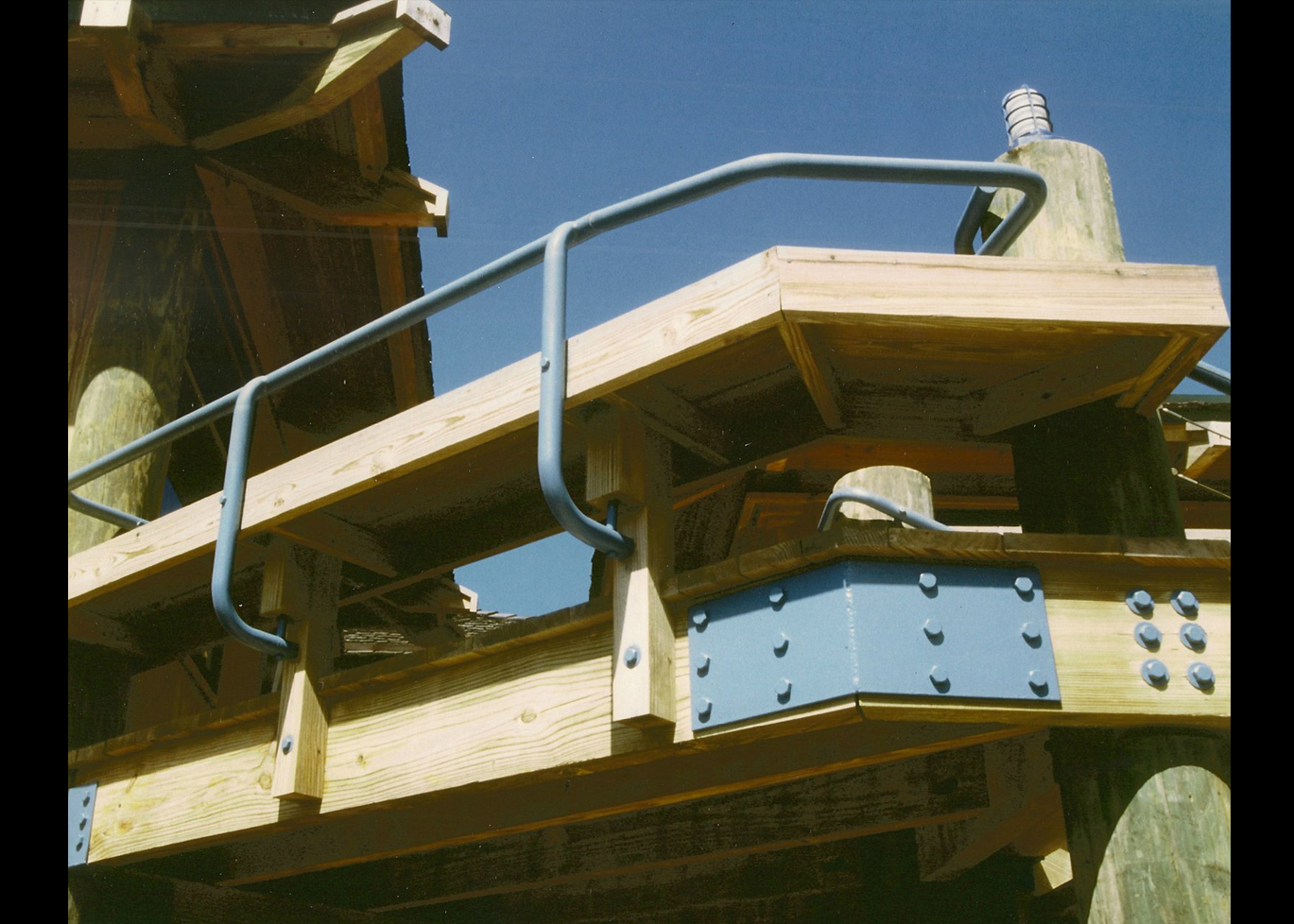 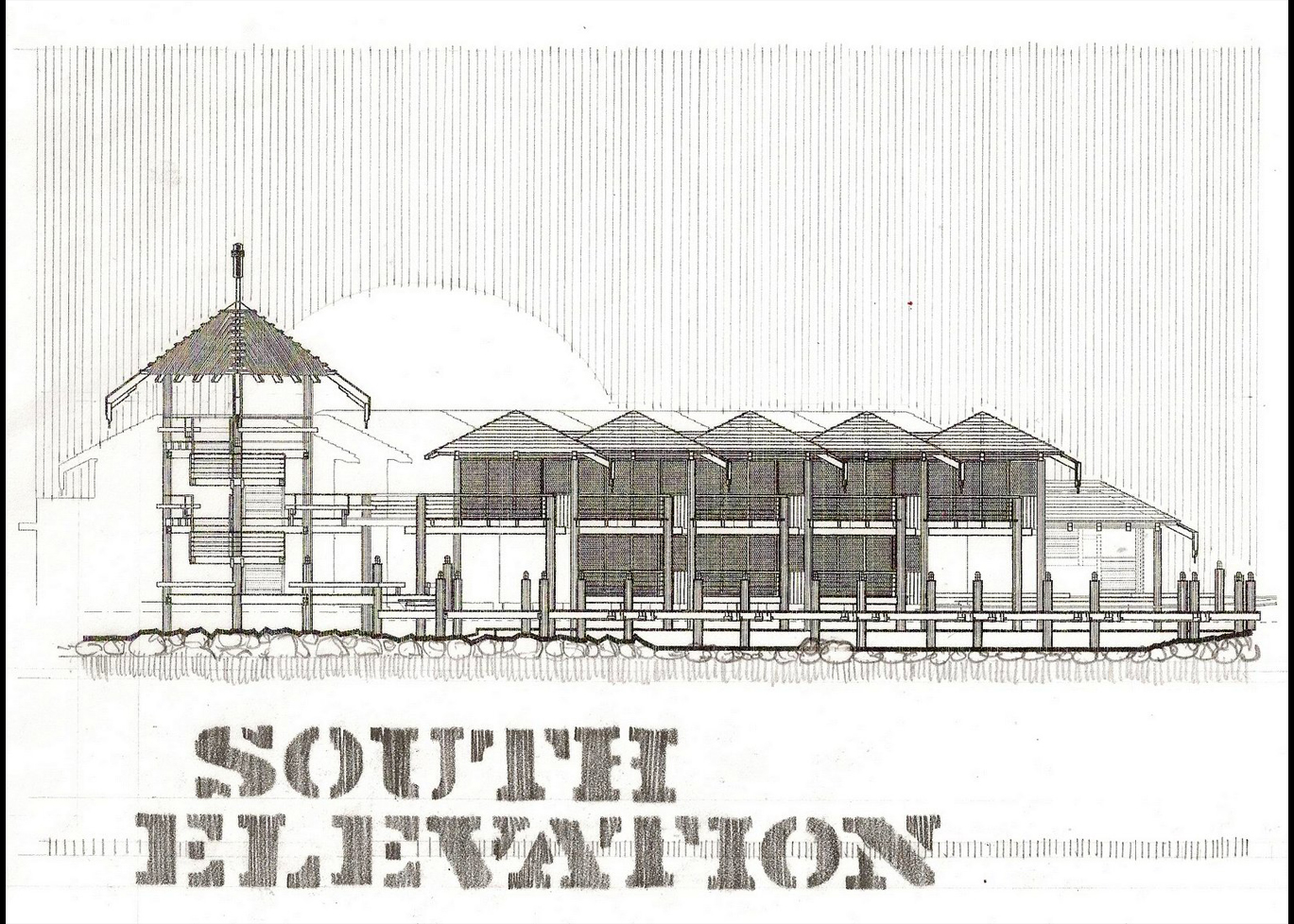 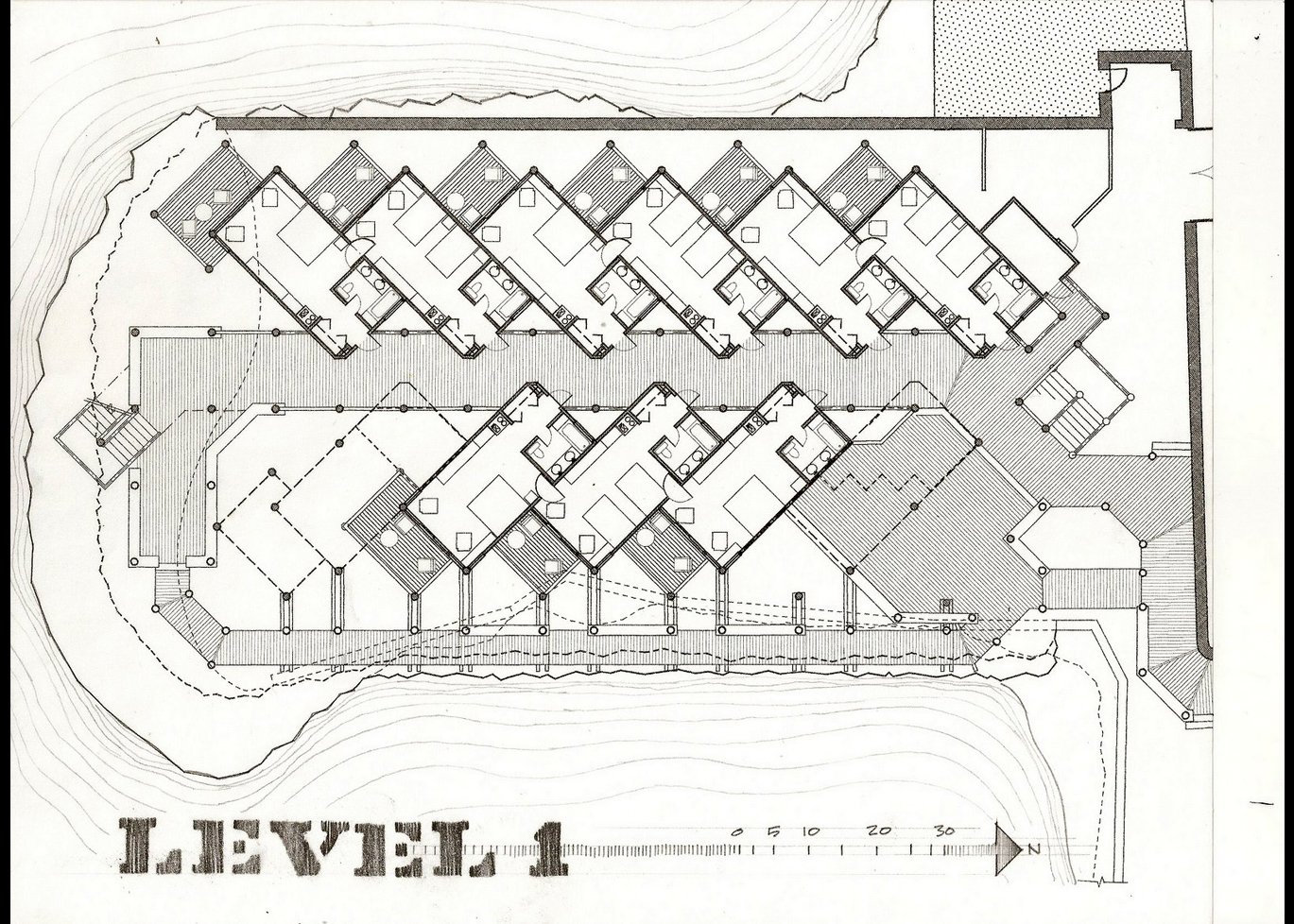 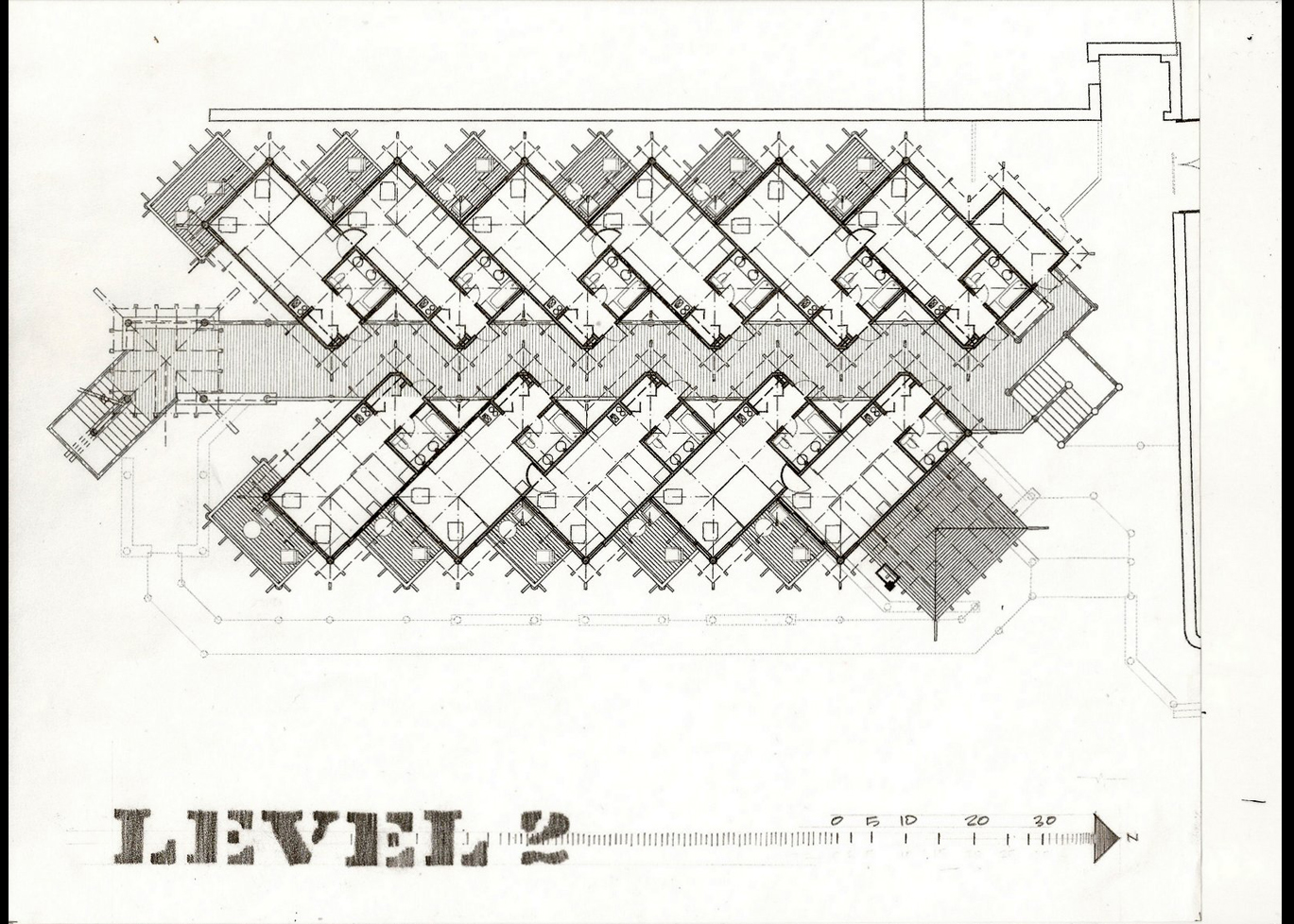 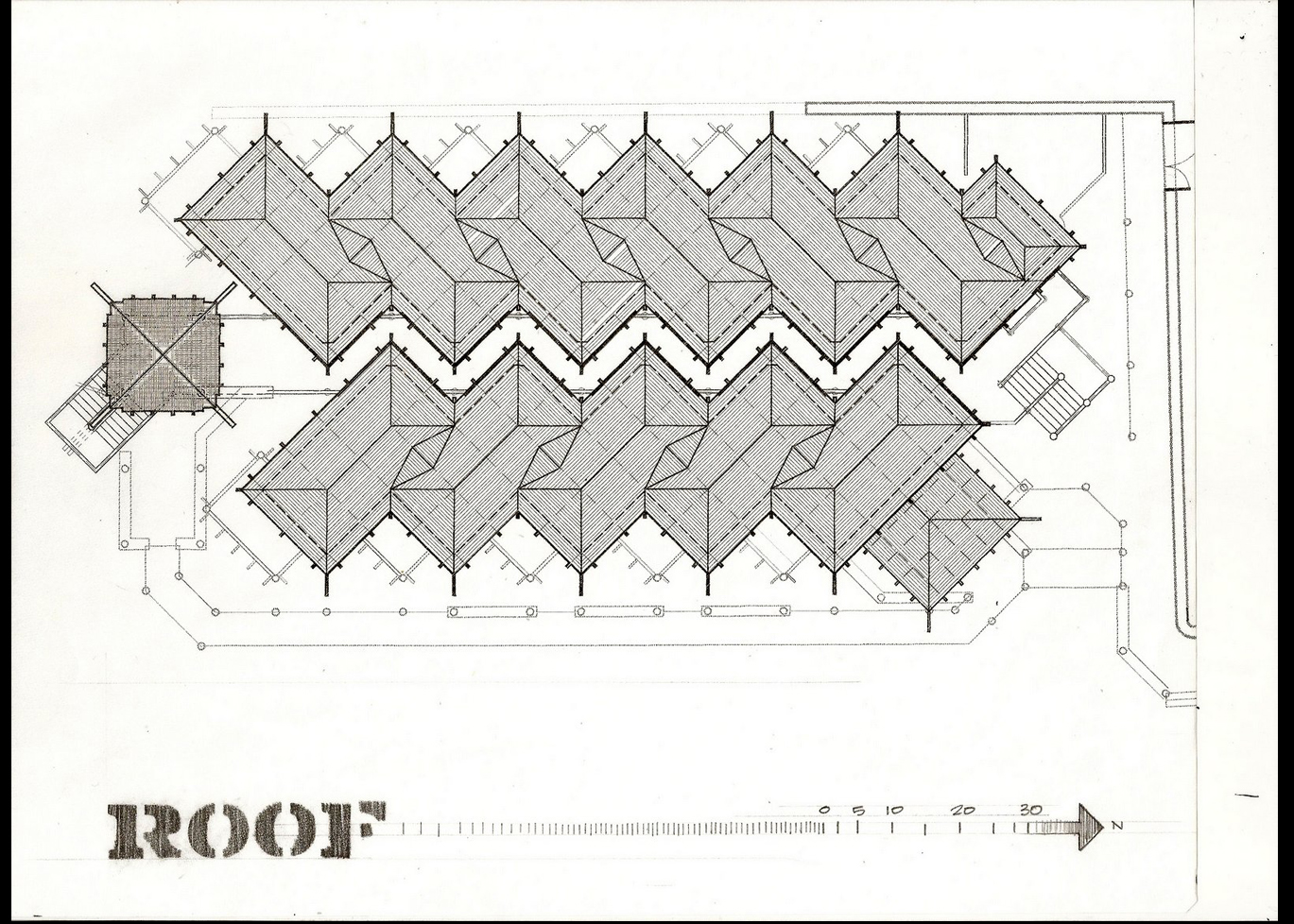